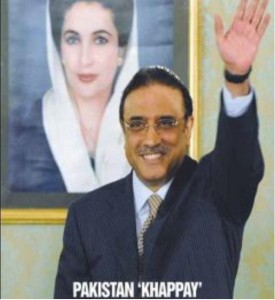 President Asif Ali Zardari’s third address to the Parliament marked the threshold of a new era in the Parliamentary democracy of Pakistan. Repeal of the 17th amendment with thorough consensus over acute constitutional and volatile political issues can rightly be coined as a first step in the right direction: Towards supremacy of the parliament and greater provincial autonomy.

Restoration of the 1973 constitution in all its manifestations and spirits is a landmark achievement of the people’s government. Back in early 2008, provincial rifts and political friction dominated the scene. The plague of terrorism threatened to poison the roots of democracy and ruptured the very ideological foundations of Pakistan. Where the economy lay burdened with subsidies and global economic meltdown, the mistrust of the international community and particularly the US, endangered the effectiveness of the war on terrorism. Precisely, the ugly realities of a decade of authoritarianism and militancy surfaced to blotch the face of a peaceful nation. Consensus, agreement and peace were the words un-heard of.

Seldom are the forces of time and history decisive to put someone at the helm of events. Unlike the military generals who intrude the corridors of power with ulterior ambitions, a democratic transition to power comes not without a burden of responsibility and accountability to the people.

A coalition Government at the Center and the Federating Units, Asif Ali Zardari ascended the helm of events as the Pakistan People’s Party ousted a military dictator from the presidency. For those who aspired for a violent solution to derail the democratic set up, Asif Zardari was sure a disappointment. Years of imprisonment and persecution in military confinements were well reflected in his political wisdom.

On the constitutional front, Asif Zardari has over achieved.

2. Coalition Governments in all provinces

3. A Coalition government at the center… See More

4. A democratically elected President with more then a two-thirds majority

8. Return of Life to Swat

8. Successful Operations in Waziristan and capture of three big figure heads of Al Qaeda from Karachi and Balochistan

9. Amalgamation of Gilgit Baltistan and giving the people of those areas their due rights

11. Restoration f the 1973 constitution to its original form with complete unanimity and removing all amendments of military dictators from the constitution

12. Stripping Zia of the title of President

13. First ever reforms on organ translplant in which he personally has pledged to donate all his body organs once he dies.

15. Starting several dams in all provinces which will deliver in 5 Years.

16. The first ever government to create a friends of democratic pakistan to help us in this hour of need.

17. A UN inquiry into the assasination f Benazir Bhutoo Shaheed unanimously agreed upon by all provincial and National Assembly.

As far as his promises on the constitutional front were concerned, he outsmarted all. I have hope that the next three years will now push us towards betterment in terms of the daily lives of the people. Given that the democratic government is allowed space to work.

Click here to post a comment
Why the Supreme Court has not taken any interest in Benazir Bhutto’s assassination investigation? – By Yousuf Nazar
Pakistan’s first ‘tarana’ by Jagan Nath Azad