Pakistan, Afghanistan and the Army

Unfortuntely, more dead people in the days to come. fortunately for some, also more cash….kasb e kamal kun, key aziz e jahaan shwi (Achieve excellence and you will be the beloved of the world)

Some friends suggested I should post two comments from today as a note, so here goes, without any editing, but the context is pretty clear.

I wrote the following comments on an op-ed by Dr. Manzur Ejaz (changing realities in Afghanistan, March 24, 2010) 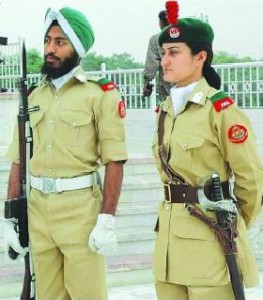 I agree with Dr. sahib and I think that Pakistan’s army also knows much of this. Where they may still be mistaken (and we dont know because they continue to avoid transparency like the plague; another sign that their modernism is not as modern as they themselves believe) is in thinking that they can control their old proxies. I think (and this is a bit of a convoluted argument, so please bear with me):

1. The army is a more modern institution than others in Pakistan, but not as modern as they themselves imagine. They will have a hard time controlling both their old proxies and the new forces unleashed by ongoing development in Pakistan.

2. Their fatal flaw is institutional and it is aggravated by negative selection at an individual level. Institutionally, their interests are not always the same as the interests of the majority of the Pakistani people. Their own short term economic interest is in making money as a “rent an army” operation. THEY like to imagine that they are more like the PLA in China, a vast economic enterprise engaged in “nation building”, closely intertwined with the ruling elite, historically respected by the people as a revolutionary army. The last two obviously dont apply to the Pak army (but not surprisingly, they dont seem to notice), but even their multiple economic holdings are not close to being the PLA of Pakistan. Most of their economic holdings are economically unsound and are actually subsidized by taxpayers or by foreign aid (“rent an army” operations). This pushes their policy making in a “rent an army” direction even when they imagine otherwise.

3. The individual negative selection is less important but not without consequence. I invite you to take a close look at any group photo of senior army officers of today. Better yet, meet them in their clubs and golf courses. I rest my case. 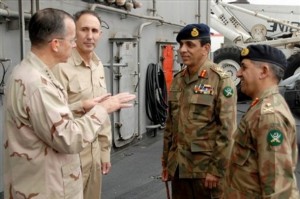 4. The army seems to believe that they are “winning” in Afghanistan. If this is victory, then one shudders to think what defeat would look like. The narrative on the internet is that America is pulling out and Pak army are the gatekeepers and they will make the Americans pay throught their nose and bloody indians will get a black eye and whatnot. I think the only part of this theory that is correct is that America may pay them for the next 2-3 years. If India is foolish enough to get into a proxy war with them in Afghanistan, then India will bleed too, but if sardarji is smart enough to keep his head and work at a lower key, then Pakistan will end up with a marginally friendly regime in Afghanistan and a continuing civil war at home as well as in Afghanistan, with attendant costs for Pakistan.

5. Indian hawks (who are at least as dumb as Pakistani ones) will whine and cry about strategic setbacks and whatnot, but if they dont get into a shooting war with Pakistan, they will become a mid-level power in a few years and the hawks will make better money too, so the bitterness will be less painful with time….the old 19th century paradigm of “strategic interests” will be quietly buried somewhere in kalapaani.

6. I don’t know what Kiyani sahib is thinking (he certainly seems smarter than his buffoonish predecessor) but the army fans on the internet seem to have convinced themselves that Pakistan has successfully moved from nineties style salafist jihadism to a more india-centric, modern Pakistani nationalism (Zaid Hamid lite) that is compatible with American aid, yet fully energised against any attempt to reverse military domination of Pakistani policy. I guess when they meet their friends it looks like EVERYONE in Pakistan is with them on this ridiculous journey. But it looks to me like this new concoction has no future at all. Nineties jihadism was wedded to salafist Islam, which is a real ideology, a religious movement with a 1400 year old history. This mash up of 8th grade islamiyat, pakistan studies and conspiracy theories is the emptiest of empty shells. There is no there there…Army fans will be repeatedly disappointed by the Pakistani “public”, who will vote in “looters”, indulge in “indiscipline”, get distracted by “provincialism”, produce far too many criminals and will generally behave much like any overpopulated third world country in transition, instead of holding fast to “Unity. Faith, Discipline and the rule of the blessed army”….. 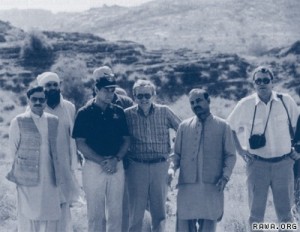 I happened to write a somewhat tongue-in-cheek history of this glorious war in a comment to a friend today and I will share it here so that readers can catch up on the background. Kindly excuse the flippant tone…
It would be more accurate to look at recent history as:

1. CIA arms and trains mujahideen to fight Soviets, Saudis pitch in with dreams of salafist empire, Pakistan army accepts contract in exchange for money, lots of money, chance to rule Pakistan forever, salafist empire dreams of its own.

3. Pakistan expands CIA initiated jihadi machine and points it East towards India. Thinks its proxies also occupy Afghanistan now (but the tail is actually wagging the dog; but the general staff is too moronic and blind to notice). Dreams of Central Asian empire. Dreams of humiliating India. Dreams of lots of cash. CIA joins in with pipeline dreams. Saudis contribute like crazy to the new Islamic wonderland being built by their students.

4. Saudis and CIA SLOWLY (painfully slowly) figure out that their students have ideas of their own. Pak army (bless the general staff’s IQ) still clueless, still dreaming of Srinagar, Red fort, Samarqand and Bokhara….

5. Students go berserk, bomb New York. CIA involved? probably not, but its a fun conspiracy theory and it will grow and grow….

7. General staff wrong as usual. CIA still around after 8 years. India not conquered yet. Samarqand and Bokhara pretty much out of reach. But of course, lots of cash. Also lots of dead Afghans and random Pakhtuns (especially poor khasadars, poorest and most upright and honorable soldiers in the country). To the army’s dismay, also a few dead brigadiers and colonels….

8. Kiyani sahib becomes chief. Probably the highest IQ person to ever do so (not saying much, this is the army…just kidding, just kidding). Army will now fight its creations, maybe even allow civilian rule. Maybe stop playing “regional power’ and start building country. then again, maybe not. …

9. Obama is president. Wants to stop wasting money in Afghanistan. Willing to pay Pak army in exchange for services rendered. Who knows what the hell is going on behind the scenes….Unfortunately, more dead people in Afpak.

11. unfortuntely, more dead people in the days to come. fortunately for some, also more cash….kasb e kamal kun, key aziz e jahaan shwi (Achieve excellence and you will be the beloved of the world)