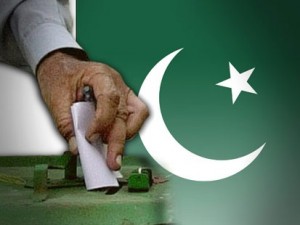 The recent by-election in Punjab and Pakhtoonkha are showing people’s moods, tendencies and their precedence.  Elections were conducted on the same day in both the places D I Khan (PF-65) and Gujarat (PP-111). Here we will analyze the elections,  offering some ironies and reflections.

Both the constituencies were won by the ruling parties and alliances in the respective provinces. As PF-65 was won by the PPP candidate in general elections and PP-111 was won by PML-N.

Both PML-N and PPP were contesting the election against parties in opposition in the provincial assemblies on the basis of their 2 years performances. It was an interesting coincidence that both the constituencies got attentions in the media as in PF-65 the contesting candidate from JUI-F was Molana FazlurRehman’s brother and PP-111 was the home city and stronghold of PML-Q leaders Chouhdry brothers (Ch. Shujaat and Ch. Pervez Elahi).

But the environment at both the places was much different from each other. Gujrat was fought on the performance of PML-N and PPP ruling coalition against the past ruling party and now the opposition PML-Q. But in Pakhtoonkha, DI Khan the whole compaign revolved around sympathies and apathies for the extremist elements aka Taliban.

Let’s have a look singly.

The PML-N and PPP lead ruling coalition with all the resources and tall claims have failed to have a landslide victory against the PML-Q. Both parties were unable to convince voters to come to the polling stations, resulting in a low turnout and slim margin.

In 2008 general election PML-Q was discredited for its support to Musharraf and both PPP and PML-N were championing the cause of democracy and judiciary.Though both the parties have separate candidates, candidates of the PML-N and the PPP jointly bagged 42,000 votes while the PML-Q’s vote count was 13,300.

And this time in by-elections, the PML-N and the PPP coalition could only manage to bag 27,439 votes, while the PML-Q got double their vote count and lost by only 2500 votes.

PML-N Spokesperson Pervez Rashid claimed that voters in by-elections usually did not cast votes with the same spirit that is witnessed in the general elections. But he had no answer to how the PML-Q managed to double its vote count in the elections in which voters were “least interested”.  The reason is obvious: voters are not satisfied with the PML-N-led coalition in Punjab. Credibility of both the parties has been marred in these elections.  (Daily Times).

Today Daily Times in their editorial interpreted this as an indicative of a pattern that voters in Punjab seemed disillusioned by both the major ruling parties?

PML-Q, which was being considered a spent force, is emerging as the third largest political party of the country once again. The truth is that despite a legacy of problems that it inherited from the previous government, the PPP-led dispensation has not been able to address key issues nor solve people’s problems, even after two years of being in power. The lacklustre performance of the governments at the Centre and in Punjab has not only shaken the people’s confidence in the parties in power, but the democratic process itself. It has also come as a surprise for the PML-N, which has been overconfident of its popularity among the masses after political point scoring for its role in the restoration of the judiciary. However, the public’s verdict is that if a party does not prove itself up to the challenges, it does not deserve the mandate it got. (Daily Times)

Protest from PML-Q with rigging charges, reports of women torture and use of CNIC-checking machines while the Election Commission silence over this situation and now the result held by the returning officer report has raised fingers over the whole practice of the election. 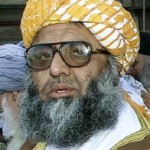 Now let us see what the by-polls results of PF-65 reflect. If we review results of the last General election of 88, 90, 93, 97, 2002 and 2008, D I Khan is represented in National Assembly as NA-24, 25 and in provincial assemblies it is represented as PF-64, 65, 66, 67, 68. It clearly indicates a tendency towards tribal affiliations as most of the time these National and Provincial election were won on tribal basis and sometimes by Maulana Fazlur Rehman or his party representatives. Maulana Sb never won from here for two consecutive terms. Every time he had to face tough competition from Miankhel and Kundis. And on provincial seats his candidates always faced the same fate from Alizais, Gandapurs and Miankhels. These all constituencies were never represented by the JUI candidates in any General election. Not even in the 2002 General elections when JUI led MMA was awarded most of the provincial seats as a tactic to the War on terror in the region. They never won in any provincial seats from here in 88, 90, 93, 97 and 2002. The candidates who have won from here chose to contest independently or with a party flag, the results were never affected.  As the PF-65 is won by  a member of the Alizai tribe though he contested it on PPP ticket.

Contrary to all these facts a statement appeared from JUI  threatening of leaving the Alliance. It is mere Opportunism. 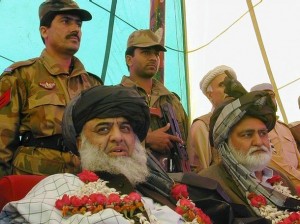 PESHAWAR: Opposition Leader in NWFP Assembly Akram Durrani alleged that President Asif Ali Zardari had telephoned Jamiat Ulema-e-Islam chief Maulana Fazlur Rehman before the election and said that win if you could in PF-65 by-election.

Speaking to reporters outside the assembly, he said that the law and situation was deliberately disturbed in Dera Ismail Khan in order to defeat the JUI-F candidate.

The JUI-F leader also called for holding a judicial inquiry into the incident so that the culprits could be unmasked.

When I read the statement from none other than Ex.Chief Minister Akran Durrani, I can only say,  Hawks are not the sole property of PML-N

Click here to post a comment
Mian Nawaz Sharif and Chanakya politics – by Faizi Mughal
Descent into anarchy – or love for dictatorship? – by Ahmad Nadeem Gehla