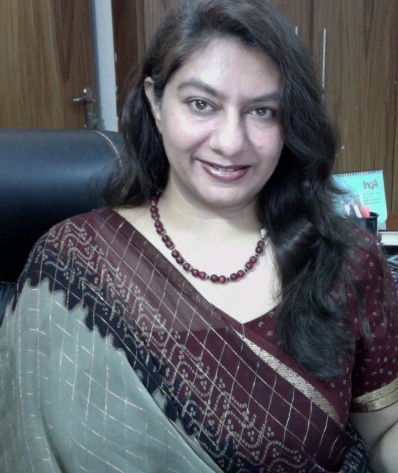 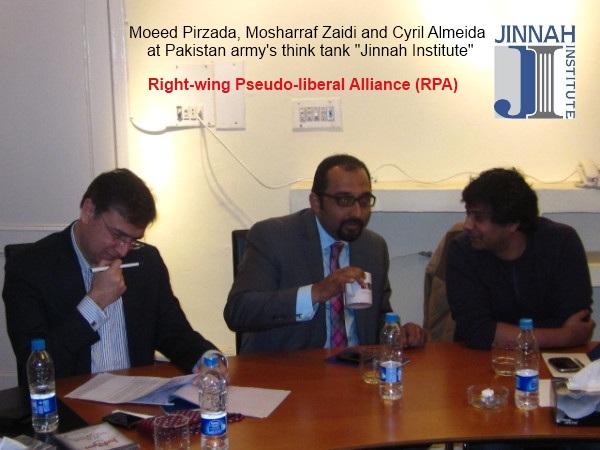 This post is not favoring anyone but contains some facts which were misquoted by the LUBP in earlier post ‘Raza Rumi and Marvi Sirmed join notorious Jinnah Institute’. Marvi Sirmed who is working on Parliamentary development in Pakistan is known as a pro-democratic figure in the society who struggled a lot for a strengthened democracy in Pakistan. She is also a human rights activist and a known columnist.

The post mentioned in the above para says that she is involved with the Jinnah Institute of Pakistan which in LUBP’s view is a project of ISI. Firstly quoting Marvi Sirmed as an ISI agent is a label which one can never agree because there are many examples from past on which we can say that Marvi has a clear stance that she’s just a democracy supporter. Plus the past examples also tell us that she was labeled as a RAW agent by people like Zaid Zaman Hamid whom the LUBPians quote as an ISI agent. It’s not about ISI or any other agency but about the facts which were twisted in the post of LUBP.

I personally know Marvi and all I know about her is that she’s working as a NPM at Strengthening Democracy through Parliamentary Development which is a project of UNDP. Therefore, there’s no fact of quoting her a part of any other organization. About her involvement with the Jinnah Institute I’d like to say if I got a chance to appear as a speaker in any workshop, seminar or a conference organized by Jinnah Institute on a topic of my interest that is ‘Social Media’, I’ll definitely go for it and share my opinions with the attendees.

Jinnah Institute is a not for profit public policy organization which seeks to function as non-partisan think tank, advocacy group and public outreach institution – clearly mentioned on their website http://jinnah-institute.org/about . I am not a part of any agency neither I have any facts to label Jinnah Institute a project of ISI. Whatever they are doing is a part of their agenda and if we have concerns about their agenda and policies, we can suggest them to raise voice on ‘Shia Genocide’ all over Pakistan but we are no one to label them a part of ISI or any other agency if they aren’t following the policies of LUBP on ‘Shia Genocide’.

I personally feel that labeling any individual or any organization a part of agencies that they are not affiliated with is a disgrace to our repute and also mislead the neutral masses towards analyzing in a way that has no relation with the reality. This will take us nowhere and create distances with the people who have liberal thoughts and working for a strengthened democratic Pakistan. There are very few people who are liberals and pro-democratic raising voice against Mullahs and if we confront with these voices, we’ll be loosing grounds.