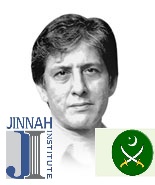 Today is another black day for Pakistan. An honournable Pashtun doctor Shakil Afridi who assisted in locating international terrorist and mass murderer Osama bin Laden has been sentenced for 33 years – he was deliberately thrown to the mercy of kangaroo courts that operate under the draconian FCR (the Frontier Crimes Regulation (FCR) comprising a set of laws of Pakistan that are applicable to the Federally Administered Tribal Areas (FATA)).

Here is the story

This is how Pakistan rewards those brave individuals whose acts lead to apprehending an Islamo-fascist mass murderer.  While a helpless civilian government is caught in the cross fire between Pakistan Army and the NATO coalition, what did Pakistan’s lifestyle “liberals” (aka pseudo-liberals who dominate English media) have to say about Dr. Afridi. Here is how Ejaz Haider, the current head of Sherry Rehman’s Jinnah Institute, a pupil of Najam Sethi and unofficial ISPR spokesperson, advocated against Dr. Afridi: http://tribune.com.pk/story/353119/shakil-afridi-another-view/

Felicitations Ejaz Haider, THEY heard you, and a national hero has now been sentenced to 33 years of imprisonment. You cursed and abused an elected President and then advocated in favour of an anti-Ahmadi Jihadi bigot like Hafiz Saeed.  IF people like Hamid Mir and you are the leading lights of journalism and informing public opinion in Pakistan, we are truly done for!  For those who need a primer on the “achievements” of OBL and are wondering why Ejaz Haider wrote an entire article advocating why Dr. Afridi should be tried for treason, read on.

Even before 9/11, Osama Bin Laden had played a horrendous role in Pakistan.  Since the late 1980’s, he is alleged to have been one of the terrorist ring leaders of mass massacres of Shia muslims in Parachinar.  In 1990, he is alleged to have been a driving force and financer along with the ISI and Nawaz Sharif in yet another coup against a PPP-elected government lead by Shaheed Mohtarma Benazir Bhutto.

Since the late 1990s, he had been the head of a transglobal terrorist organization, Al Qaeda, which was at the heart of the nexus of interlinked Jihadi groups, ASWJ/SSP/LeJ, JM, HuM, LeT, Taliban, that have lead to tens of thousands of Pakistanis being killed in acts of cowardly terror.

Instead of being proclaimed as a hero, an example has been made of Pashtun hero, Dr. Afridi.  He has become the casualty of Pakistan’s security establishment’s embarrassment when OBL was discovered in the heart of a military cantonment.  While President Zardari was quick to congratulate the United States on the operation that finally got OBL, the rightwing columnists (dominant in Urdu press) and politicians (PTI, PML N) as well as pseudo-liberal columnists (dominant in English press) had a different tune and often aligned themselves with the mourning Jihadis.

Today, Ejaz Haider’s advocacy for treason charges against Dr. Afridi places him with the Upper-Middle class youth supporters (mostly from central urban Punjab and Karachi) who support the verdict of treason against the hero whose work lead to the end of a mass murderer.

Shame on him and all those who support him on some warped basis of allegedly “liberal” tribalism.  LUBP writers, contributors and supporters are often threatened, blackmailed and vilified for having the temerity to write against such fake liberals.

“LUBP writes against all those who don’t think exactly like them” is the pathetic and inaccurate excuse presented whenever confronted with valid criticsm.  Today, many of those making such allegations against LUBP stand either directly or indirecty with Ejaz Haider and his like-minded comrades (Hamid Mir, Najam Sethi) at Jinnah Institute-Friday Times-Jang Group nexus.