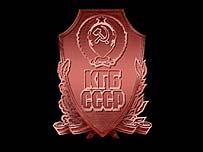 A heated debate over the sentence of Dr. Shakeel Afridi continues, to some he is a hero, others see him as a traitor.

Dr. Afridi, in his mid forties, belongs to Malik-deen-Khail branch of Khyber Agency’s Afridi tribe. His second wife is said to be a U.S. national and has disappeared since the arrest of her husband.

Dr. Afridi, a surgeon at a hospital in the Khyber Agency, ran a polio campaign in Abbottabad. His fake vaccination drive ended few weeks before the mysterious U.S. military operation in Abbottabad. The question is who allowed Dr. Afridi to leave his station and carryout a campaign in another city. Also did FATA health department bosses know about Afridi’s activities?

After the dramatic events of May 2nd, 2011 in Abbottabad, Pakistani spy agencies picked Dr. Afridi from Peshawar. Now he has been sentenced to 33 years in jail by an Assistant Political Agent (APA) of the Khyber Agency under the Frontier Crimes Regulation (FCR).

The FCR, a British legal legacy, is a highly controversial set of laws. The PPP government has introduced several reforms to the FCR. For the first time, persons prosecuted under the FCR have been given some rights, including the right of appeal. But despite the reforms, the FCR is still a draconian law that needs to be disbanded completely.

Perhaps Dr. Afridi is sentenced under the FCR because he is a tribal resident who also worked in the tribal area. Indeed he deserves a fair and transparent trial, however, it is not appropriate to portray him as a hero. Apparently, he was not aware that he had been assisting the American CIA in hunting down Osama Bin Laden. Dr. Afridi did not become a CIA operative for a noble cause. His motive to work for the CIA could be money or something else.

Bin Laden’s ideology, acts and intentions damaged Muslim interests and fueled tensions and conflicts around the world. Bin Laden should have been apprehended and tried in a court of law but that was not Americans’ aim. They wanted to eliminate a man who could expose many secrets and hidden agendas related to the so-called ‘war on terror’.

What actually happened on May 2nd ,2011 in a house of Abbottabad will remain a secret for a long time to come. Similarly what was the real mission of Bin Laden and if he had any masters may also not come to light.

Dr. Shakeel Afridi is suspected of working for a foreign secret service. Engaging in clandestine operations of foreign spy agencies is a serious offense. No country, including the United States, allows its citizens to work for foreign spy agencies. Espionage is considered treason in many countries.

Also the U.S. Congress has passed several laws listing punishable offenses that undermine the government or the national security. The 1917 Espionage Act explains in details such offenses.

Likewise section 80.1 clause ‘f’ of the Australian Criminal Code Act 1995 states that:
“A person commits an offense, called treason, if the person:
Engages in conduct that assists by any means whatever, with intent to assist:
1. another country; or
2. an organization; that is engaged in armed hostilities against the Australian Defense Force; or security.”

Section 46 of the Canadian Criminal code has two degrees of treason, called “high treason” and “treason.” A part of this Code says every one commits treason who, in Canada,
“without lawful authority, communicates or makes available to an agent of a state other than Canada, military or scientific information or any sketch, plan, model, article, note or document of a military or scientific character that he knows or ought to know may be used by that state for a purpose prejudicial to the safety or defense of Canada”.

“It is punishable by life imprisonment and a fine of Euros 750,000. Generally parole is not available until 18 years of a life sentence have elapsed.”

In Germany, treason (Landesverrat) is defined in Section 94. This is basically the crime of espionage. The crime carries a penalty of one to five years in prison.

In Russia, too, espionage is equal to treason under Article 275 of the Criminal Code of Russia. It says “espionage, disclosure of state secrets, or any other assistance rendered to a foreign State, a foreign organization, or their representatives in hostile activities to the detriment of the external security of the Russian Federation committed by a citizen of the Russian Federation.” The sentence is imprisonment for 12 to 20 years.

The point is that Dr. Afridi must be investigated and tried in a court of law for his alleged connections with a foreign spy agency. Some argue that if General Pervez Musharraf cooperation with the CIA was not wrong, Dr. Afridi’s conduct is also justified, or because the government of Pakistan is helping the U.S. in tracking terrorists thus Dr. Afridi should not be punished for doing the same.

Such arguments are not valid because one wrongdoing does not justify another, secondly, such conduct of individual citizens can jeopardize the whole system and authority of a government or state.

It is true that Pakistani secret services and law enforcement agencies violate human rights. They overstep and have little respect for human life. Often their acts and adventures harm Pakistan.  Nevertheless, criminal conduct of Pakistani secret services should not be a reason for a Pakistani citizen to participate in deadly missions of foreign spy agencies or assist in unlawful activities of foreign security organizations.

With regards to Pakistan, the country’s secret services will continue to act with impunity until major political parties of Pakistan agree on a complete overhaul and redesign of Pakistan’s intelligence services. We have complaints against the Chief Justice of Pakistan’s biased conduct. We criticize Mr. Iftikhar Chaudhry because we are not happy with the political role of the Supreme Court, however, it is a pleasant surprise to see the Chief Justice challenging Pakistan’s powerful and unaccountable secret services. He has highlighted the criminal role of Pakistan’s security services in the missing persons case.

Pakistan’s intelligence agencies now stand exposed and they are weak. This could be an opportunity to bring the agencies under the control of law and their role and responsibilities be defined clearly.

Click here to post a comment
Pakistan’s Chief Justice humiliated in London, Rome, Karachi and Lahore – by Mohsin Sheharyar
An open letter to The Right Hon the Lord Phillips of Worth – by Raza Baloch