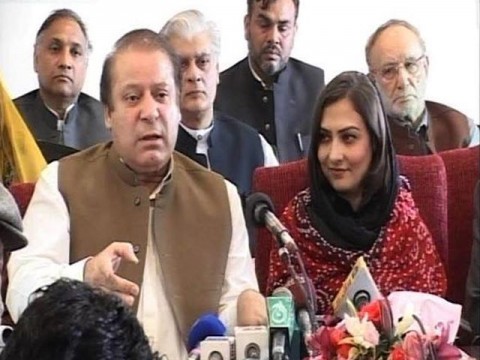 While Nawaz Sharif was on the tour Sindh he with his mates criticized the government of Sindh for not serving the people of Sindh and Even Marvi Memon said the same about the PPP Gov. they lashed out at President Zardari for not working for the People of Sindh they gave examples of Punjab Gov. and it’s Works in Punjab but may I tell u an Interesting fact that My Village even doesn’t have ROAD Nor We have a Dispensary in Our UC though it was approved it 95 and a High School built from 74 and we Were facilitated by Electricity in Shaheed Rani’s Time and it’s almost 30 Kms Away from the Rwp GPO and For a Fact it the Constituency of CH NISAR ALI KHAN

He/She could see their performance from where they have an Elected MNA and 2 Elected MPA’s Now we should Concentrate on the Fact what Sindh Government has done for the People of Sindh indeed Pakistan Peoples Party has Served the People of Sindh as no other has done I won’t go into the Past but I will briefly describe the 4 years Performance of Pakistan Peoples government in Sindh and will Leave the decision on you…. ROAD SECTOR The Works under Undertaken by the National Highways Authority in Sindh which are Ongoing are as follows :

5. Bridge Over River Indus at Larkana

12. Bridge Over River Indus at Jherruck-Mullahkatyar

15. Construction of Sakrand By-pass linking off from Saeedabad toll Plaza to Benazirabad (Nawabshah)

Development Works Which Have been Completed by National Highways Authority.

5. Over Head Bridge at Kotri

7. Flyover and Construction of 8 Km Lane at Lyari Expressway

12. Road Projects under Larkana Package (I got all of this Information from the NHA Main Office Islamabad) Now may I Come to the Works Under taken by the Provincial Government of Sindh in the Province which are On going and Completed by the Ministry of Works and Services

Works under Taken by the Provincial Government of Sindh ROAD SECTOR

In March 2012 under the Rural Road Development Plan 221 Kms of Roads were under Construction out of 328 App. By the Help of Japanese aid.

More than 1400 Road Development Schemes are Under Impletion in Sindh

2012 is regarded as the year of Development in Sindh

Health Sector has also been given a Priority by the Sindh Gov. under the Directives of President Zardari

The Most Important need of the Hour in our Beautiful Province of Sindh is Education and the Sindh Government is Giving full importance to that Sector some of the Important salient features are as follows: Establishment of Universities in Lyari, Shaheed Benazirabad, Larkana, Khairpur, Shikarpur, while Colleges are established under Universities in Dadu, N’Feroz, Jacoababad, Mithi, Kakar and in other distircs they are being Constructed

By the Help of the US Government 200 flood Effected Schools haven been rebuild 600 School in an other Project are to be built and 50 % work has been Completed.

35000 Families were assisted by Waseela-e-Haq Sindh Program each given 3 Lac Each Rs for business.

56100 Acres of Agricultural land was Distributed in Landless Peasants

0.5 Million Families are given finical aid under the Benazir Women Support Program which is diff from BISP

2500 Houses of Rural Development were constructed for homeless People

10,000 Houses for Flood Affects are constructed by the Help of Turkish Government

by March 2012 70,000 Personals were employed in Government Services

3000 People are Given Rickshaws to run their Household