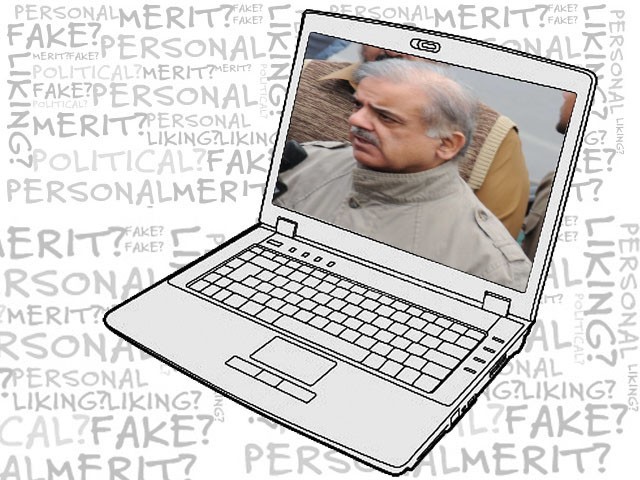 Those who believe themselves to be the champions of educational reforms are the most ignorant members of our society. Out of their sheer stupidity and for their own vested interests, they attempt to impose on us Western ways, techniques and systems without bothering to think about their suitability for our peculiar economic, social, cultural and religious condition.

During the final days of his life, when Quaid-e-Azam Muhammad Ali Jinnah was battling against his fatal illness in Ziarat, the head of the his Medical team was Colonel Elahi Buksh , who afterwards, wrote an excellent book based on his recollection of those days. According to him, even at the time when Quaid’s health was rapidly deteriorating, he was extremely careful about spending public money. Once, talking to him, the Quaid said, “it is a sin to waste money and even worse if it is public money”

Contrary to the noble example set by the Quaid regarding public money, there are our present rulers, who regard the public money as their ancestral property and spend it most lavishly for their own luxuries or for the consolidation of their own vote bank. The latest example of this shameful phenomenon is the Punjab Government’s laptop scheme, under which students at graduate and post graduate level are being given laptops, with the apparent objective of making them more communicative, knowledgeable and research-oriented. But every sensible person who has slightest knowledge of our students is fully aware of the fact that this scheme is a mare political stunt, a sheer wastage of public money and an exercise in futility, bringing more harm than good.
There is no denying the fact that computer and internet are among the most spectacular technological inventions of our time, making every type of knowledge and information accessible to us by the click of a button and making global communication possible for everyone everywhere in the world. Their multiple advantages for the students as well as professionals are undeniable, especially in those fields where research is really needed and appreciated. But it also an all-admitted fact that in general, our educational and examination system, especially at graduate level, neither encourages research nor requires it. In most cases, our students are required books and get through the examination.

Mastermind of the laptop schemes are gravely mistaken if they believe that all those who have received laptops will vote for them in coming general elections, a number of students are of the view that while they are delighted on getting free laptops, they will not vote for PMLN instead they will vote for PTI or PPP because the “sincerity” of Punjab government with the students has already been exhibited by its mishandling of intermediate results and its highly UNPOPULAR B.S. Honor’s programme. Moreover, the recipients of laptops are now urging their parents (many of whom are poor) to arrange high speed internet connection to enable them to conduct their so-called research. At a time when prices of everything are already skyrocketing, one wonders as how poverty-stricken parents with their already meager resources can buy high speed internet connections for their children because the monthly charges for each such connection are not less than one thousand rupees.
While the laptop scheme is being eulogized in the government circles, the opposition parties have already started pointing out massive corruption and irregularities involved in it. PMLQ members of the Punjab Assembly have accused the Punjab government officials of devouring commission worth 1.85 billion rupees through this scheme.

These allegations may be true or false, but every impartial analysis is sure to conduct that the laptop scheme is mere with white elephant. If the Punjab government had billions of rupees and was really keen to spend the money for the welfare of the students, it could easily have been spent on far more useful and constructive educational projects. It could have been used for providing scholarships to the students for paying their examination fee. Somebody has rightly suggested that one new laptop costs fifty to sixty thousand rupees, and it would have been much better if instead of giving such costly laptops, each of the students had been given one UPS, which costs around fifteen thousand rupees. In that case, the whole family of the each student would have been benefited from it and thanked the government for alleviating the suffering and hardships caused by the unending and torturous load shedding.

However, this type of wisdom can only be expected from those who are wise, but alas! Our rulers are not wise, they are otherwise.