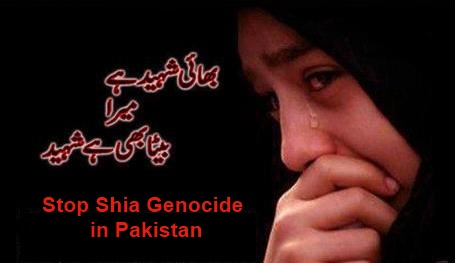 It is now increasingly recognized that most of Pakistanis journalists are either silent (or misrepresent due to several reasons) or lack adequate information about Shia genocide currently taking place in Pakistan at the hands of the Taliban and Sipah-e-Sahaba Pakistan (also known as Ahle Sunnat Wal Jamaat). 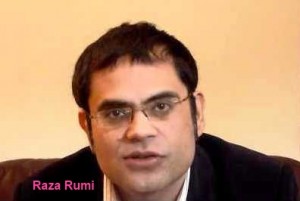 A recent article (Connivance at a cost, published in Jang Group’s daily The News) written by noted “liberal” columnist Raza Rumi has elements of both lack of information and misrepresentation with respect to Shia genocide in Pakistan.

Here is a list numerous errors and misrepresentations in Mr. Rumi’s article:

Statement: “Target killing of Shias… is linked to the Taliban finding new havens and areas of control.”

Comment: Shias are being target killed in all areas and provinces of Pakistan including those areas where Taliban have minimal presence or control including Lahore, Karachi and Rawalpindi.

Statement: There is a mysterious wave of terrorism that is killing Hazara population on a daily basis in Balochistan, Shias in Gilgit-Baltistan, Kurram Agency and elsewhere.

Comment: Are Hazaras of Balochistan not Shias? Are Shias of Gilgit-Baltistan not Gilgiti or Balti? Are non-Hazara Shias not being killed in Balochistan?

Statement: The most gruesome incident took place when 15 passengers of the Shia community were taken off the buses in Chilas, Diamer district, and shot.

Comment: According to eye witness reports, at least 50, perhaps more than 100 Shia passengers were killed. Most, if not all of them, were not shot. They were brutally beaten to death by rocks, stones and sticks, their eyes taken out, some of them burnt or thrown into river.

Statement: People from the region say that GB is under attack by the Taliban insurgents from Malakand division and Waziristan.

Comment: How would Mr. Rumi explain the fact that a mob of up to 3000 extremist Deobandis (affiliates of the Sipah-e-Sahaba) in Chilas attacked and killed up to 100 Shia passengers? Were all of them imported from Malakand or Waziristan?

Statement: The stronghold of Salafis and Wahabis on Pakistan’s Afghan and, consequently, Taliban policy cannot be delinked from the ongoing massacre.

Comment: In Pakistan, almost all of the attacks on Shia Muslims are being carried out by extremist Deobandis (Taliban, Sipah-e-Sahaba). However, Salafis/Wahhabi militants (of LeT or JuD) are not reported to be involved in such attacks.

Statement: GB is a plural society where Muslims from different sects — Shia, Ismaili and Nurbakhshis and Sunnis — have coexisted for long.

Comment: Are Ismailis and Nurbakhshis not Shias? If the author is presenting Sunnis as a monolith identity, why no such concession to Shias?

Statement: Sectarian tensions started in the area during Gen Zia’s rule when militant organisations such as Sipah-e-Sahaba Pakistan were formed and nurtured. But the targeted killings of Shias this time is not business-as-usual.

Comment: Sipah-e-Sahaba Pakistan (an army-sponsored terrorist group) does not represent Sunnis. Majority of Sunnis including Sunni Barelvis and moderate Deobandis reject Sipah-e-Sahaba Pakistan. Hence sectarian tension is not the right word to describe SSP’s anti-Shia hate speech and violence. SSP (also know as ASWJ and LeJ) is involved in similar acts of violence, on a lesser scale, against Sunni Barelvis, Ahmadis, Christians etc.

Statement: In the tribal areas, Parachinar has also witnessed the re-emergence of sectarian tensions and Talibanisation in recent years. In 2008, the local Sunni population sided with the Taliban and laid siege to an enclave of Shiites in the area.

Comment: Instead of blaming the Sunni population, the author should consider the role of Pakistan army, particularly ISI and its sponsored Haqqani Taliban and Sipah-e-Sahaba, in the siege of Parachinar.

Statement: Reports of Shia militias have also appeared in the media in retaliation to the attacks by the Taliban.

Comment: Which media reports? What exactly are Shia militias doing? Who are they?

Statement: The efforts of Pakistani state to use religion to construct a national identity have come home to roost.

Comment: This is only partial truth. More importantly, it is the use of Islamic Jihad as a strategic tool by Pakistan army which has helped in the spread of Islamo-fascism and anti-Shia violence in Pakistan.

Comment: Salafi Wahhabis, not Deobandis, are major proxies of Pakistan army in Kashmir. Extremist Deobandis are being used in Afghanistan.

Statement: The Lashkar-i-Jhangvi (LJ) is the new ally of Al Qaeda.

Statement: Of course, the term genocide has legal implications and well defined parameters.

Comment: Will the author care to explain the well defined parameters and why the same do not apply to the case of Shia genocide in Pakistan? By the way, what legal implications and why such implications must be avoided?

Statement: Human Rights groups have already recommended that the government officials and politicians accused of maintaining links with sectarian organisations should be investigated and, if found guilty, should be prosecuted.

Comment: More than government officials and politicians, it is Pakistan army and its intelligence agencies which are responsible for the current wave of Shia genocide in Pakistan. Such complicity has been clearly identified by the AHRC and also alluded to by the HRW.

Statement: The security of lawyers and judges who oversee sectarian cases should also be ensured. We need witness protection programmes in the larger context of counter-terrorism efforts of the state.

Comment: After the ISI-engineered prison break in Bannun in which up to 400 terrorists of Sipah-e-Sahaba and Taliban were allowed to escape, it is evident that the problem is not limited to witness protection program etc.

We hope that Mr. Raza Rumi and other journalists will endeavor to present a more informed and accurate picture of Shia genocide taking place in Pakistan.