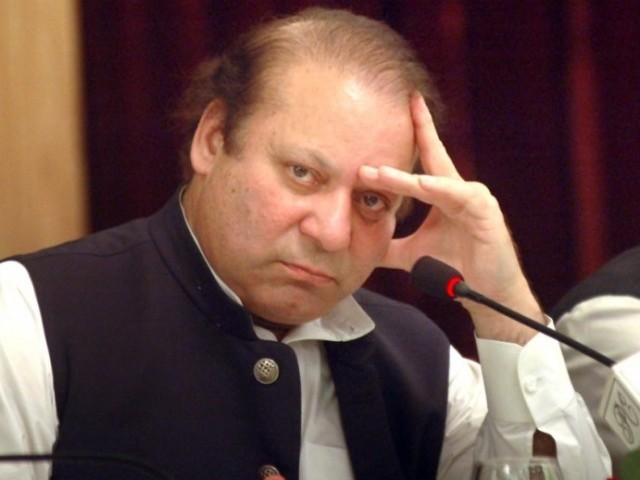 In the 1990 elections Mian Muhammad Nawaz Sharif knowing or unknowingly awarded party tickets to people who were associated with drug mafia. As result some drug traffickers entered Pakistan’s national and provincial assemblies. Mr. Sharif not only introduced horse-trading in 1989, he also brought drug mafia to politics.

In 1989, Mothermma Benazir Bhutto’s government had announced a war on drug mafia. At that time, I was working at the Narcotics Control Division in Islamabad and we had arrested big drag lords such as Mirza Iqbal Baig, Anwar Khattak and many others. The PPP government’s campaign against drug mafia caused fear among powerful circles that were connected with narcotics business.

After the failure of the No-Confidence Motion, drug barons continued their support to Benazir’s opposition. Eventually, on 6 August 1990, generals succeeded in removing the Benazir government on a false charge sheet. The caretaker government of Ghulam Mustafa Jatoi organized general elections on 24 October 1990 in which Nawaz Sharif’s led Islami Jamhoori Ittehad (IJI) won a two third majority with the full backing of the military and ISI.

Three weeks after the 1990 elections, I was sitting at the office of a colleague who was a Deputy Inspector General of Police but was heading our intelligence unit. He had a file on his table and he told me that the file contained information about the drug mafia members who had been elected to the Parliament. He was upset that the drug control agency was asked not to take any action against the drug traffickers who were elected to the Parliament in the 1990 elections.

The next morning, my assistant brought a pile of files and as I looked through the papers, I found a file that was marked ‘confidential’. Out of curiosity, I opened the file and started reading it. The file contained explosive information that was gathered by the intelligence branch of the Narcotics Control Division. It listed names of 12 newly elected members of the national and provincial assemblies who were actively involved in narcotics business. Most of them belonged to the IJI and some were close associates of Prime Minister Nawaz Sharif and even had drug warrants outstanding against them. Two narcotics traffickers from tribal areas were also elected to the National Assembly in 1990. It was for the first time that drug traffickers had reached to the Pakistani Parliament, thanks to Nawaz Sharif and the ISI.

That evening, I went to the MNA hostel where Benazir Bhutto was staying as the new opposition leader. On that day, her spouse Asif Ali Zardari was also brought from jail to attend the assembly session. Asif had won a national assembly seat in the 1990 elections while he was in jail.

I wanted to meet Benazir but she was busy due to Asif’s arrival. She sent a senior PPP leader to meet me. I told him what I had found, he went back to Benazir and informed her about the nature of information that I wanted to share with her. She directed the PPP leader to take me to Farooq Leghari (who became the President of Pakistan in 1993) and discuss with him the matter carefully.

We went to Mr. Leghari’s home in Islamabad where the PPP leader introduced me to Mr. Leghari and gave him Benazir’s message. I sat with Mr. Leghari and slowly told him that it was bad for democracy and Pakistan that narcotics dealers had reached to the Parliament. Mr. Leghari became excited. He said that he would make the information public about the IJI involvement in narcotics business.

While sitting at Farooq Leghari’s home, I had a bad feeling about the man. I found him rude and arrogant. Mr. Leghari treated his servants badly as if they were not human beings. He was an artificial man and had fake manners.

After an hour’s discussion, it was decided that the next day Mr. Leghari would give a press conference and I would sit next to him and would announce resignation from my job at the Narcotics Control Division in the national interest and to expose criminals.

I returned home and with the help of some friends invited members of the national and international press to the next day’s press conference.

The following day, government agencies were alert and security agents had surrounded the guesthouse in F8 Islamabad where the press conference was to be held. I received several threatening messages including one which said that my ministry would file a criminal case if I provided official secrets to the media and public.

“Don’t worry, we will defend you on the floor of the National Assembly but we can’t do more than that”, he said to me in a very cold and indifferent way.
I was very disappointed by his response and cursed Mr. Leghari in front of people present and left the venue.

In the very early hours of the following morning, someone knocked at my home door. It was a senior ISI officer. The ISI colonel who came to my home in the darkness knew me for sometime. He was friendly and asked me to accompany him. A black car with tinted glass windows was waiting for us. The 20-minute journey ended in a fortified office. I was offered a coffee and then a polite demand for the file began. I was told that my name was on the Prime Minister’s table and that I was in the ISI custody while the matter was under investigation.

My ordeal that had started in the winter of 1990 ended in the spring of 1991 when I was allowed to leave Islamabad on the condition—never to come back…! Of course, I violated the ban.