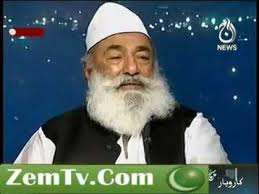 So it has happened.  The court has delivered justice.  The Honorable Chief Justice, Mr. Iftikhar Chaowder has done what was needful of any man of good faith and noble intentions for public appraisal.  Being the keeper of the faith, it has restored the faith of people, and especially of those who want faith endorsed the only correct way known to us.  The Chief Justice’s decision has spread a wave of happiness in people who were already fed up of the propoganda some liberals and left- wingers were feeding about forced conversions.  The so-called Muslim fundamentalists, that the liberals love to call them, are once again singing praises of love and free-will, hence breaking their own defined taboos which abhor love marriages and conversions to other religions, but exceptions, of course, are unavoidably necessary to uphold their consistency in faith.

People are joyous. Indeed a reason to celebrate.  Facebook and tweets are showering their blessings.  What a beautiful day it is to celebrate a much awaited decision. A three-member bench comprising of Chief Justice (CJ) Iftikhar Muhammad Chaudhry, Justice Khilji Arif Hussain and Justice Tariq Parvez has done it.  Yes, when these three brave deliverers are there to decide, why should there be any ill-feeling towards the fact that Rinkle, Lata and Asha were not heard at the court by their deciders.  It wasn’t them, it was a man lovingly known to us as Mian Mithu, a proud PPP-MNA who took all the time and attention of the worthy court.  After all, he was more important than the parents of the aggrieved girls who moved the petition against abductions.

The parents are lying. In fact, they’re not even worth the time here and let’s not waste our words on these unimportant issues. There’s no such thing as abductions or forced-conversions.  For God’s sake, speaking against people’s conversion to Islam and endorsing their right to reversion is blasphemous, constitutionally.

The petitioners will soon have to learn their lesson well.  This is what Sunni Tehreek workers, wrongly labelled as hooligans, have vainlessly tried to do so by stopping a mass of left-wingers from marching forward in favor of Rinkle Kumari a day ago.  If it weren’t for their tireless efforts, three of the Progressive Committee miscreants would not have been charged with blasphemy and thirty of them held in lock-up.  These so-called liberals are the people that must be kept in check, and the religious activities of fellow militant citizens should not be termed as acts of vandalism, rather, they must be taken as corrective alliances for our society that is taking up deviant ways, like shouting over needless issue of Hindu Marriage Registeration campaign, nor must there be any talk of how and why do Hindu girls become easy target for these abductions (read marriage) of all the people belonging to minority groups.  Marriage of a Muslim man to a “converted” Muslim woman has legal acceptance in every way possible; all previous relations of these women, including that with her former male co-habitant and the illegitimate children they’ve produced from the so-called marriages, if any, have no legal definition here.  All marriages that are not registered are unlawful and wrongful, and who, in their sane, rational mind, would accept wrongful marriages like that of Hindu matrimony here? It is good a system we have that we do not allow a Hindu woman to claim her previously existing marriage in court for it might be a lie; we all know there is no way her marriage can be officially proved.  This particular feature is perhaps the reason why a Hindu woman becomes so attractive for noble intentions for marriage by her prospective Muslim suitors.

The libelous content against Mian Mithoo must also be ignored.  That he is not linked with just one case, but several other crimes like human trafficking is all bullshit. Mian Mthu is a very pious person. His long beard; rosary in his hand and calling these allegedly kidnapped girls as his daughters says it . No need to check into his background profile and record history; the pleading of minorities from his constituencies do not exactly warrant any serious introspection and a judicious enquiry on him for interefering in the matters of the court, and influencing upon the honorable judges to not meet with the girls and their families but himself on their behalf. Who can suspect Mian Mithu here? My heart says he is innocent and is being framed unjustly for lack of any evidence.  And why must not the state protect him instead, as it is already doing.

And as for all those agitating against the decision, shame on you.  So far, there are only three such cases of this nature, the rest of the numbers are all phony stories.  But I am glad that these three particular cases, though they didn’t deserve any media attention as well, were taken up.  Otherwise, these loud mouths on human rights issues for minorities must not have been shut for good.  These women have decided to go, of their free-will, with their legal husbands. This exposes us the truth. Why did Asha, (an alleged kidnapee) a girl of 15 yrs, chose to go with a Muslim man twice her age and already with a wife and four grown-up children than with her parents when allowed to decide for herself? if this is not love then what is? And why would she feel intimidated by her loving husband and a fatherly guardian Mian Mithu, a powerful man, even if they jokingly threatened and harrassed her family? But in this case, love of these girls for their husbands is more powerful than their love for families. They had a choice, after-all. And we can see that clearly.

p.s there is no hint of me committing any Contempt of Court or Blasphemy. I am all praises for a system that allows me free-will and freedom of speech.  Thank you.