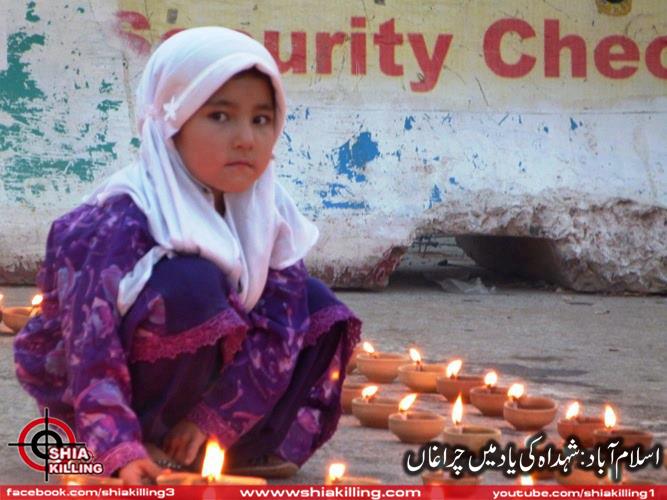 “Haji Ali spoke. ‘If you want to thrive in Baltistan, you must respect our ways. The first time you share tea with a Balti, you are a stranger. The second time you take tea, you are an honored guest. The third time you share a cup of tea, you become family, and for our family, we are prepared to do anything, even die.” – (Three Cups of Tea)

Thus spoke a Balti to Greg Mortenson who ascribed the title of his bestseller to this Balti proverb inscribed on amicable traditions of people of Gilgit-Baltistan. Notwithstanding the cordial gesture of locals, the others who have been sharing cups of tea for last sixty years have brought horrors of death and destruction to the inhabitants.

Spring is splendid in Gilgit-Baltistan. It is the time when wildflowers of Deosai Plains start blossoming and prismatic colored butterflies flap their wings joyfully. It has always been like this. This spring, however, is different. As ugly as it gets. On April 3, a convoy of dozens of buses headed to Gilgit was intercepted in south of Chilas, Shia passengers were segregated by checking their ID cards and tell-tale marks of self-flagellation, and summarily executed. Some were stoned to death. Acid was thrown on some to burn them alive. Some were thrown to the Indus. As many as 100 may have been killed and there are reports that 250 may have been abducted. Such were the horrors and trepidations of the incident.

To sweep it under the rug by simply holding the dogmatic issues responsible for bloodbath and by terming it as inevitable result of centuries’ long sectarian rift between Shias and Sunnis would be tantamount to insult the blood of innocents. There are aspects of this gruesome episode that no sane mind can overlook in defining the genesis of Shia pogrom in Gilgit-Baltistan and in Pakistan for that matter.

The real tragedy of Gilgit-Baltistan lies in two distinct facts as followed:

Let’s dissect the two apprehensions one by one.

In October 1947, Maharaja of Kashmir formally acceded to India in the repercussion of ‘holy war’ of Pashtun tribesmen against Kashmir’s Hindu ruler. The maharaja’s decision provoked a full-scale rebellion in Gilgit, spearheaded by the Gilgit Scouts and Muslim members of the Jammu and Kashmir state troops, with the support of the overwhelmingly Muslim local population. As a result of rebellion, on 16 November power was transferred to the first Pakistani Political Agent in Gilgit. Two days later, Hunza and Nagar signed instruments of accession to Pakistan.

Since then political and constitutional rights of people of G-B have been denied and no stone have been left unturned to keep the population under central control of Pakistani state. A political agent was initially given charge of the region, following the imperial British model of centralised control. After a brief period under NWFP’s administrative control, Gilgit Agency, including Baltistan, placed under KANA (Ministry of Kashmir Affairs and Northern Areas) in 1950. Almost 60 years later, Pakistan’s military, the arbiter of its Kashmir policy, insists that the Northern Areas remain part of the disputed state of Jammu and Kashmir and that any delineation of the region’s constitutional status will have to wait for a solution of the Kashmir dispute. As a result, the Northern Areas are not included in the Pakistan constitution and, unlike the Federally Administered Tribal Areas (FATA), are not represented in the parliament. The region has been left in a constitutional limbo and thus paving the way for sectarian extremism.

Taking advantage of the weaknesses in the imposed dispensation, religious organizations espousing a narrow sectarian agenda are fanning the fires of sectarian hatred in a region where Sunnis, Shias and Ismailis have peacefully coexisted for several centuries. The Pakistan military has ultimate authority over decisions not just about but also within the Northern Areas. The overall control of military forces in the Northern Areas falls under the Army’s 10 Corps, headed by a lieutenant general and headquartered in Rawalpindi. The region’s military command is with the Force Command Northern Areas (FCNA), headed by a major general and based in Gilgit. Tasked with defending the Northern Areas’ borders, the FCNA also exercises enormous influence over internal affairs, not just law enforcement but also administrative issues such as postings and transfers.

The absence of rule of law and the climate of impunity has empowered sectarian extremists, who are also the main beneficiaries of the democratic deficit. So long as elected institutions remain impotent and moderate voices are silenced and marginalized, sectarian extremists are bound to flourish.

There’s another dimension of the predicament that has added to the miseries of inhabitants of G-B. The fact that G-B is the only Shia majority area in Sunni dominated Pakistan has brought horrors of death to its people. This is directly related to the state making process. A state that officially proclaims Islam as its raison d’etre – Islam that is implicitly coded as Sunni – the Shia majority G-B thus constitutes a significant source of anxiety. It was the fear of this different Muslim that has driven the Pakistan state to establish authoritarian rule in G-B whereby fanning the sectarian extremism against Shias. The state has deliberately attempted to change the demographic, social and economic balance in favor of Sunni population in G-B.

First authorities abrogated the State Subject Rule, the law that until then protected the local demographic composition, and encouraged Pakistani Sunnis to settle down in the region. This government sponsored settlement scheme damaged the social fabric and provoked religious feuds that continue to simmer. Thereafter state institutions – chiefly the Army, Intelligence Agencies and KANA bureaucracy – embarked upon divide and conquer project that aimed at creating disunity along sectarian lines, in order to thwart regional solidarity and secular-nationalist aspirations.

The phenomenon can be observed in historical context as continuation of persecution of Shias in Sunni led governments whenever and wherever they deemed the Shia population as an obstacle in imposing state narrative. Islam came to G-B in 13th century and it was Ismaili Islam (Ismailis were rulers of Multan before persecuted by Ghaznavi and his successors). The sectarian strife in G-B is recent phenomenon. The area was most peaceful throughout the pages of history. A partial explanation of presence of a sizeable Shia majority in this region is the long historical period during which Shia were persecuted and mass murdered by Sunni Caliphates and Sultans in the Middle East and India. This explains why Shias are concentrated in certain remote and difficult regions of Pakistan, as well as Afghanistan.

Similar, if not exactly the same, is the case with the Hazara Shia community on both sides of Pak Afghan border. Hazaras have been living in Hazarajat that is a confined region in central highlands of Afghanistan. They have been persecuted and mass murdered by Afghan Amirs and especially by the Taliban. To their misfortune, they have been maltreated on this side of border in Quetta where they had come to escape the atrocities of Afghan rulers. For being predominately adherent to Shia sect, they are more prone to pogrom at the hands of the state that finds it more convenient to annihilate poor Hazaras in pursuit of implementing its policies drawn from India and Afghan Jihad centric perspective. So called strategic assets of the state – to be planted as carriers to Afghanistan once NATO leaves – are killing Hazaras day in and day out with impunity and the state has opted for keeping mum rendering the Hazaras an easy prey for bloodthirsty monsters.

The phenomenon has been candidly explained by Ayesha Siddiqa: “Militancy keeps on demanding sacrifices, so if it’s not targeting the enemy outside it’s targeting the enemy within”. So has been the case for Shias of GB and Pakistan for that matter who are deemed as infidels in the eyes of militant organizations thus acquiring the status of enemy of Islam and the foremost target. The State is bound to remain complicit in this ‘holy hunting’ of infidels for being hand in gloves with the militants who peddle its agenda.

Here’s a case in point:

In May 1988, during Zia era, Sunni zealots, predominantly from NWFP’s tribal areas, assisted by local Sunnis from Chilas, Darel and Tangir, attacked several Shia villages on the outskirts of Gilgit. For three days, they killed, looted and pillaged with impunity while the authorities sat back and watched. Although contingents of the paramilitary Frontier Constabulary (FC) were eventually sent in, they too looked the other way while Sunni attackers wreaked havoc. Independent sources put casualty figure of Shias at 700. The attack was entirely government sponsored. The invaders were allowed unhindered passage from NWFP right up to Gilgit and permitted to commit the carnage. Situation worsened under Zia era when military dictator encouraged cadres of the radical Sunni Sipah Sahaba Pakistan (SSP) to extend its activities to GB. Zia not only encouraged and facilitated the migration of people from other areas of Pakistan but also assisted the SSP to set up its presence in the area and start a large number of Madrassas to impart the religious education to the local Sunnis.

The most unmarked facet that has not been weighed in any scholarly or academic discourse yet is this general apathy of common man towards these heinous killings. This is the apathetic attitude that encourages the perpetrators and abettors to go on killing spree unabated. The attitude of indifference has developed over last few decades. The gravity of macabre state of affairs has largely been trivialized. This may be understood in the context of state’s endeavor to acquire ‘forced consent’ of general populace. Plagued with socio-economic distress, the masses are usually kept unaware of graveness of matters by misrepresenting or obfuscating them. Then there’s a stratagem on secondary level comprises of Judiciary and the Media that hinders each and every development not in line with the popular narrative, either by doing so in cahoots with the real perpetrators or by coming under shallow nationalist streak that doesn’t allow analyzing the events with out of the box approach. This half of society is part of the stream that keeps outpouring in a predetermined direction and incapable to see what direction the stream takes – spellbound. They are like a thick veil between the view and the viewer.

Now when the spring has descended and ice will start melting in days to come, the people of G-B no more find themselves welcoming the season that otherwise has always brought the anthems of joy and jubilation with it. Bloodstained mountains stand bleak in solidarity with the lands in Southern Pakistan where Shia blood is being spilled relentlessly. People are no more willing to share their cups of tea. Perhaps they still have to figure out why now they are being alienated and singled out in a land from where loudest shouts of ‘Ya Ali’ have been coming out throughout pages of history. Religion is the same. So are the people. What has changed?