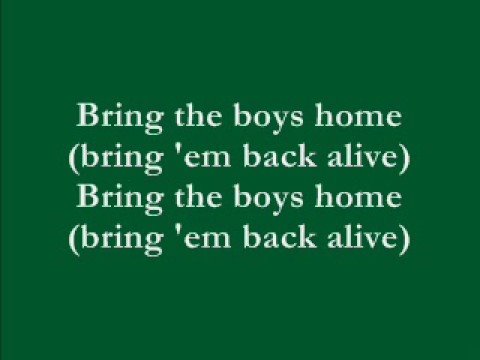 Eighty-feet-deep snow, boulders and slush buried more than a hundred human beings, snuffing out life and subjecting families to unfathomable grief and sorrow. Was it worth it? Has the Siachen debacle been worth it since 1984?

States are driven by the desire to attain security from being attacked or annihilated. As John Herz puts it: “Since none can ever feel entirely secure in such a world of competing units, competition ensues, and the vicious circle of security and power accumulation is on.” This is how the security dilemma operates.

However, the ultimate goals of security and survival are perceived as achievable through power accumulation, and so the drive for security is linked not only with physical safety but also with the psychological urge of ego satisfaction or what Morgenthau would explain as the desire to exercise control over the minds of men.

Nowhere is this security-ego syndrome reflected more clearly than in the world’s highest combat zone at nearly 20,000 feet in Siachen. The Siachen Glacier lies in the extensively glaciated part of the Karakorums that is also known as the Third Pole. Wrangling over a frozen prize India and Pakistan have locked horns in this Godforsaken place since 1984 when India, as the aggressor, occupied the key areas and Pakistan responded by deploying its own forces.

In this inhospitable piece of frozen landscape, winter temperatures can plummet to minus 60 degrees Celsius and blizzards gust at the speed of more than 150 kilometres an hour. Bad weather makes it hard to deploy troops in large numbers and usually the clashes have been low-level skirmishes.

In the battle for frozen land, therefore, a far greater number of soldiers have fallen victim to blizzards, avalanches, crevasses and frostbite than have been killed in active combat. Troop maintenance obviously exerts heavy financial toll on both the adversaries that have large impoverished populations.

The conflict stems from incomplete demarcation of boundary as well as from long festering mutual resentment, anger and hatred; it is a sad reflection on the quality of leadership in the two countries.

Other than the physical hazards, the troops are vulnerable to acute mental-health problems. Lowered levels of oxygen at above 15,000 feet predispose soldiers to altitude illnesses and reduced mental and physical performance. In high-altitude combat, troops are subjected to extreme cold, intense ultraviolet radiation, heavy fog, treacherous weather, blizzards and avalanches. Physical conditions in such an environment become more hazardous than enemy gunfire.

Daily supplies of ammunition, water, food and heat are required for the combatants living in portable fibreglass shelters where, according to a research study, living conditions “are dark and dingy and unventilated. Kerosene stoves are used for shelter heating. Troops breathe air, mixed with thick soot, which, compounded by restricted movement, little or no recreation and monotonous routines in the background of freezing temperatures, predisposes them to develop psychiatric morbidity.”

At 10,000 to 14,000 feet a human being may experience feelings of fatigue and increased sleepiness; however, at heights above 15,000 feet clear psychiatric morbidity is reflected in depression, anxiety, paranoia, hostile behaviour and obsessive compulsiveness.

Such high altitudes, like the Siachen combat zone, blur the dividing line between psychological and physical symptoms. The issue is further aggravated by the fact that soldiers are there not for mountain climbing but to engage in active battle – a fact that by itself may be an acute stressor.

Deploying troops in such a dangerous and inhospitable location is inhuman, to say the least, and the decision-makers in India and Pakistan must be questioned as to the sagacity of such an endeavour. I am sure the tenets of human rights apply to military personnel too!

What needs to be taken into account is that heavy expenditure and loss of life are the effects of this decision; the real issue that needs to be analysed is the cause or the motivation behind a decision with such far-reaching financial, physical, mental and emotional costs as well as serious environmental implications. In analysing the Siachen situation one needs to take into consideration not only the Indian occupation of the glacial post in 1984 but the whole chain of events since 1947.

If decision-making is reactive and grounded in knee-jerk assumptions and perceptions and misperceptions of inflated egos, it will invariable lead to Siachen and Kargil; it will be grounded more in stubbornness and less in rationality. Nationalism is fine when like all else in life it is in moderation; taken to extremes it becomes paranoia.

The block of ice called Siachen is symbolic of the reactive relationship between India and Pakistan – hard, cold, uncompromising. How ironic that in Balti the word “siachen” means “an abundance of black roses.”

The tragedy at Gyari must open our eyes on both sides of the border; disaster when it strikes knows no nationalism and takes no sides. Indian soldiers are as much at risk of natural disasters as their Pakistani adversaries.

As more than a hundred people lay buried under multiple layers of snow we, who are still able to breathe, must raise our voice against such futile confrontation. One hopes that some thaw is in the offing after President Zardari’s “private” visit to India two days back and that the issue can be resolved with fairness and generosity.

Look at the way the Americans value their soldiers’ lives. Isn’t it time that Pakistan and India gave up on this martial way of life and stopped sacrificing human beings at the altar of inflated egos? Will there be a day when both states can resolve their differences across a negotiating table, rather than aggravating them in glacial theatres of useless war?

It is time Pakistani and Indian citizens came out on the streets holding placards that say “Bring the boys home, now!”