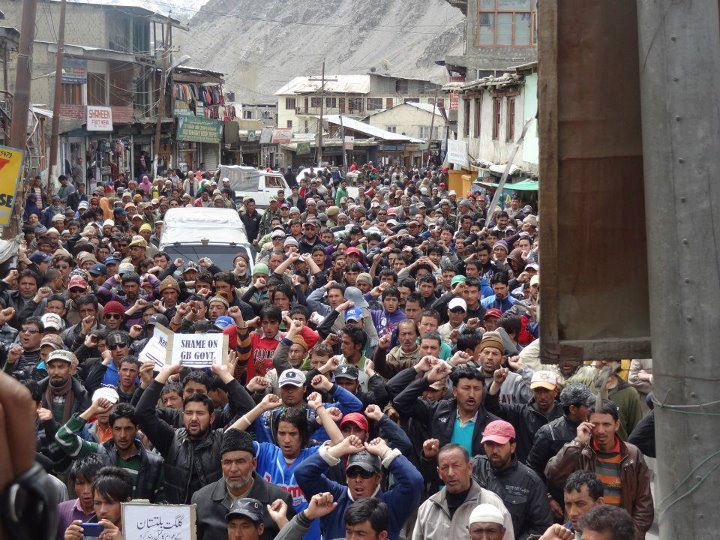 We are amnesic and we forget the issues to be addressed with utmost importance, we hue and cry when the events like Bangladesh and Baluchistan occur and then we mourn afterwards. We as Pakistani nation are actually very slow in their thought process or maybe we are driven by the extreme emotions of religion and respective sects. This reminds me of the story of two bulls in the jungle. When they were united they survived and they lost their lives when they were not.

Gilgit-Baltistan is under attack by the Taliban insurgents from Malakand division and Waziristan. The valley of Darel and Chilas are safe haven for them. They are supported by the Pakistan’s salafi establishment which in turn is funded by Saudi Arabia. The “Strategic Backyard” of the Pakistani establishment is now looking forward to shift it to GB after KPK and Waziristan to secure its “Strategic Assets” Taliban from deadly drone attacks. For this purpose the genocide of Shiite muslims in the first phase and the Ismaili muslims will shortly after Shiites and then Nurbakhshi subsequently. And finally the Moderate Sunni Muslims in the region.

We have to consider the strategic importance of GB, as it’s the carotid artery of Gilgit-Baltistan. I totally agree with Nazir Naji in his one of articles he said “We survived 64 years without Kashmir, and without Gilgit-Baltistan, Pakistan cannot survive even more than 5 years. Gilgit is carotid artery for Pakistan since its exit to the china and Central Asia is through this region. Pakistan is totally dependent on the waters of Gilgit-Baltistan not Kashmir. And coming back to the topic- if Gilgit-Baltistan is used and the back yard of the strategic assets, by massacring the Shia, Ismaili and Nurbakhshis and Moderate Sunni muslims this will be the disaster for Pakistan that Pakistan can never even imagine.

The people of Gilgit-Baltistan fought their own war and submitted to Pakistan without any treaty or deal. They are brave people, and know how to fight for their rights. But in the past few decades target killings of locals have enraged them even more. We fear if they won’t stop killing the Shiite population and backing talibanization in Gilgit-Baltistan, Shias and Ismailis and Moderate Sunnis can take them head on and Pakistan may lose its blood supply to its brain and succumb to the consequences. Just to mention: Gilgit-Baltistan was the one who won Kargil war where the Commandos of Pakistan army failed to even reach the heights. 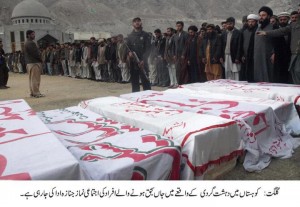 Taliban are not a big deal for the passionate and lively people of GB where majority of People are Shia, Ismaili or Moderate Sunnis. They can deal with Taliban single handed and without any assistance. And if there is any misunderstanding to those who think Taliban can just come to GB and people are going to submit to them, then you need a reality check. Because most of Shiite and Ismalilis and moderate Sunnis are in Military and support and defend Pakistan like they did in 1948. 1965, and 1999 in kargil war. Gilgit-Baltistan will be a nightmare for Taliban and its affiliates and they won’t get a place to escape from there. We urge the government of Pakistan to keep a check on the Salafi Establishment of Pakistan and if needed their budget should be cut. We people of Pakistan should show solidarity with people of Gilgit-Baltistan their war against Taliban. While the Jawans of Gilgit-Baltistan are busy defending Pakistani premises and even after the recent incident of the “Siachen Glacier” where 130 Jawans most of them from Gilgit-Baltistan, have rendered their sacrifice for Pakistan. We urge the secular government of PPP to tackle the issue of GB on urgent footings before it’s too late and another Bangladesh comes out of Pakistan- and The Salafee establishment should should stop the deliberate influx of Taliban and should realize that it may not be an easy task for them to deal with the Jawans of Gilgit-Baltistan, even if they are not in Army- and specially when the population of GBis constituted by 85 % of Imamia Muslims. Last but not the least the silence of the Media over the genocide in Gilgit-Baltistan is a criminal act- we urge to the international community to raise voice against the ignorant and biased media of Pakistan.

Down with Taliban, Down with Extremism and Down with Biased Media, Down with Salafi Establishment of Pakistan.
May Allah bless Pakistan with peace and Gilgit-Baltistan with harmony and prosperity.