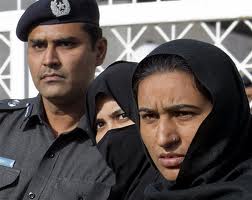 When our country (Pakistan) is devastated by sectarian genocide & targeted persecution, rural areas of sufistic Sindh has maintained its’ shining example of religious tolerance & pluralism in general. The majority of the country’s Hindus reside here & they have a history of tranquil co-existence with Muslims. The two communities enjoy each other’s religious festivals together & attend one another’s weddings and funerals.

Amid the apparent serene, overhears; “You (all) Muslims are just the same. There would be no justice for us (Hindus) in Pakistan.” Rinkal Kumari cried before Chief Justice of Pakistan during her last court hearing which fell on deaf ears as well as went unnoticed in (biased) mainstream media. On the dark morning of Feb. 24, Rinkal Kumari; a 19-year-old Hindu girl, was forcibly kidnapped from her home in Mirpur Mathelo, Ghotki, Sindh. Her parents could only find her scarf outside their home which suggested potential abduction, only getting it confirmed when a few hours later, her parents received a phone call from a known local Muslim cleric, that their daughter, Rinkal Kumari had embraced Islam and renamed as Faryal Bibi. He called again and informed her parents that she has married a Muslim guy; Naveed Shah.

Later it was revealed to the public that she was kidnapped at gun point, forcibly converted to Islam, tortured and threatened to not tell the truth. Her entire family would be killed if she did not relent. It’s a matter of disgrace that all this has been done by Mian Mithoo, a communal, divisive politician and a sitting MNA ironically from PPP. It is not mere coincidence that the cleric to call her home, Mian Shaman is the elder brother of Mian Mithoo. And it would not surprise anyone that Mian Shaman is a champion in facilitating alleged forced conversions.

During her first hearing at a local court, Rinkal pleaded before the judge to let her go with her parents. Ignoring her plea, he adjourned the hearing. During second hearing, 100 armed men stormed the court & brought her there under strict custody. Blatant breach of institutional process was also observed then; Rinkal’s family was not allowed to enter the court & statement was taken from her on gunpoint before the Ghotki magistrate. She tried not to give a statement in favor of her kidnappers but she was slapped in front of the judge. Having taken her statement at gunpoint, the kidnappers made fanfare of guns outside court, declaring it a victory of faith. What could be more shameful than this? Justice and dignity of faith were indeed murdered together.

The issue isn’t only about one Rinkal. She is only one of those 20 – 30 unfortunate Hindu girls kidnapped every month in Pakistan and forcibly converted to Islam. Urging the authorities to take note of these forced conversions, HRCP officials told reporters on Saturday that culprits were taking advantage of loopholes in the law. Amarnath Motumel of HRCP said that within a month 20 forced conversions had taken place.

A few questions posed to the authorities;
• Where is mainstream Urdu print and electronic media? Their silence on this issue is deafening.
• Where are the law enforcement agencies? Their absence on this occasion is blinding.
• Where is the government? Are we living in a nation which was supposed to provide equal opportunities to all its citizens at the time of its formation?

Can you hear this ominous sound of silence?

This silence, lack of initiative to protect a section of the population is the symptom of a sick society. They want us to leave Sindh, but we won’t leave this soil at any cost. We have been living here for last many thousands of years and belong to this soil. They do not want us here. They prevent the media from covering the atrocities on us. This issue is being covered by BBC, CNN, New York Times and other international media but don’t find our mainstream electronic and print media covering it. I salute the Sindhi media which is covering this issue explicitly amid obvious pressure and maintaining the very roots of pluralism. It was only Sindhi nationalists who protested in many parts of Sindh & blocked highways for the same cause.

“The state is not giving the Hindus an equal environment, so they are turning to a narrative of forced conversion to fight back.” Said Dr. Azra Fazal Pechuho, sister of Pakistan President Asif Ali Zardari. “I have a lot of discomfort with this kind of behavior.”

Foreseeing the future, the atrocities will cease the existence of Hindu in the land of pure. Pakistan will soon have no Hindus anymore. Hundreds of Hindu families migrate to India every year. Pakistan authorities never bother to listen to their problems. Hindus pay billions of rupees as tax to government, but in return their girls are forcibly converted, businessmen kidnapped for huge ransom, and our very 1973 constitution labels them as 2nd class citizens. Is it a sin to be a Hindu?