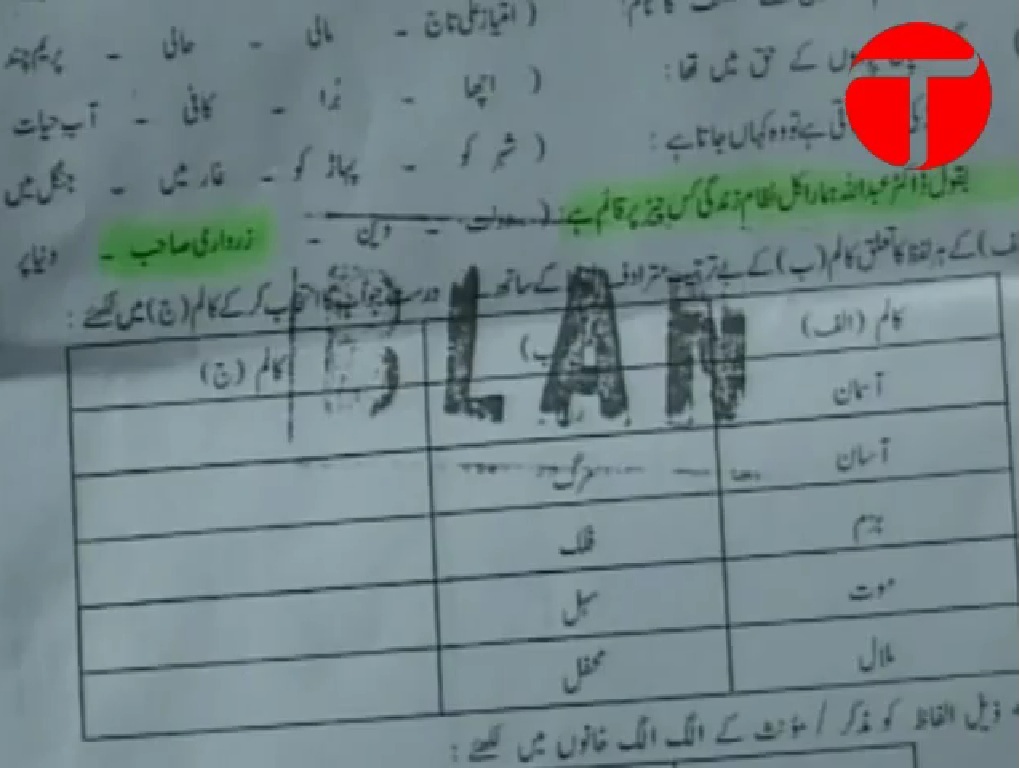 “When students appearing for the compulsory Urdu paper in Lahore on Wednesday morning turned to the multiple-choice section, they were in for some surprises. One question asked: Who is responsible for Pakistan’s security? Options were: God, [President] Zardari, [PM] Gilani or the People. Another, trickier question asked what our system of life is based on. Options included: Deen (religion), duniya (the world), doulat (wealth) or [President] Zardari.”

Divine or Dumb? Or just plain sick. You can have your pick.

Yes, you have read it correctly. The intellectual who set this gem of a paper must be in possession of 206 funny bones instead of just one. So thanks to him, he gave only four choices.

One wouldn’t like to guess whether the students knew the right answer and how or by what logic the examiner would decide which of the four choices is the right one.  But one would certainly venture to frame a new set of questions that may throw some light on the mindset working behind these questions and that has been nurtured ever since the rule of a former sipah salar e azam  whose denture is purportedly buried in the hallowed F/7-2 area of the Islamic Republic’s capital. So here goes:

Video: MCQs: Zardari, Gilani as answer option in class 9 exam
A class 9 Urdu paper featured two questions in the multiple choice question section, which featured President Zardari and Prime Minister Gilani amongst the answer options. The questions and their answer options were:
1) What is the system of life based on? Religion, world, money and Zardari sahib.
2) Who is responsible for Pakistan’s security? Allah, Zardari sahib, Gilani sahib or Awaam (public).
http://tribune.com.pk/story/356380/exam-question-on-system-of-life-includes-zardari-as-option/
http://youtu.be/MrMXyF1Z-Bc

Click here to post a comment
Obfuscation by Sethi and Rumi in The Friday Times: Shia genocide by Deobandis in Pakistan or Sunni-Shia sectarian violence?
29 March 2012: Yet another Shia massacre in Quetta by ISI-backed Jihadis