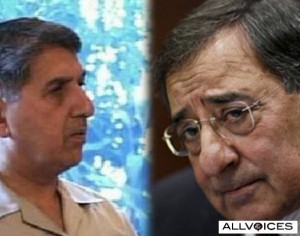 Here are some quick comments on the Stratfor emails (via WikiLeaks) that point towards late Saleem Shahzad’s possible affiliation with two intelligence agencies, ISI (previous affiliation) and CIA (affiliation at the time of his murder).

Despite our unconditional and forceful condemnation of Saleem Shahzad’s murder by the Deep State, we do not completely dismiss the possibility that he was once on the payroll of the ISI, or the CIA, or both.

It is worth noting that it is not only Pakistani journalists who remain influenced by the ISI but also Pakistani judges, e.g., the sham judicial commission which exonerated the ISI from Saleem Shahzad’s murder charge. In Pakistan, this trio is known as 3-Js (Jenerals, Judges and Journalists) which remain pro-military and anti-people.

Overall, the memo highlights the following:

1. the perils of journalism in Pakistan particularly when one is working on topics such as terrorism, Taliban and Al Qaeda;

2. the fact that several journalists, particularly those with Jihadist background or/and connections, remain in touch with the mother of all agencies (ISI), and at times willingly or forcibly promote agencies’ interests and propaganda;

4. the harsh reality that at least some of the ISI-allied journalists are equally likely to be hired by the US counterpart CIA which can surely afford to pay better package for their services;

5. the fact that those journalists who agree to compromise their professional integrity don’t earn much respect by their recruiters and others in the know of things;

7. The very possibility that the ISI killed SSS and then also released an 80-20 story (80% facts with 20% twist) to misrepresent SSS as a double agent. Fred Burton writes: “I’m sure the ISI extracted a confession of his CIA work before he died. There will be a leaked story about his double agent work and the Pakis rub the CIA’s nose in it. Its what intel agencies do. Tit for tat. The world will soon forget him. Price one pays for playing the game.”

8. Last but not the least, read Burton’s email in which he reminds us that “the life goes on”. If that is indeed true, why compromise on professional integrity for a few million rupees or a few thousand dollars?

Are you listening Pakistani journalists?

On Monday February 27th, 2012, WikiLeaks began publishing The Global Intelligence Files, over five million e-mails from the Texas headquartered “global intelligence” company Stratfor. The e-mails date between July 2004 and late December 2011. They reveal the inner workings of a company that fronts as an intelligence publisher, but provides confidential intelligence services to large corporations, such as Bhopal’s Dow Chemical Co., Lockheed Martin, Northrop Grumman, Raytheon and government agencies, including the US Department of Homeland Security, the US Marines and the US Defence Intelligence Agency. The emails show Stratfor’s web of informers, pay-off structure, payment laundering techniques and psychological methods.

Re: Pakistan Journalist Vanishes: Is the ISI Involved?

The most interesting aspect is the killing of a journalist. Fine line
between an investigative journalist and spy. When you rattle around
topics nobody wants aired, you pay the price. Truth tellers always get
shot. Its much easier to lie or make up stories.

The poor bastard went down the rabbit hole and was neutralized.

ISI is fully infiltrated by sympathizers and operatives. So, he was
killed by ISI. Will we find a smoking gun? No. Will anybody care
about this dude? Not really. The Agency lost an asset. Life goes
on. There is a reason the CIA set up unilateral operations in
Pakistan.

Suggest everyone read David Ignatius new book on CIA NOC and front
company operations in Pakistan. Once again, he has gotten dead
right.

the question, though, is still who did it.

It means very different things if it is the ISI, the traditional
military, or the jihadists. Then a question of who within those
groups can also mean different things. Not saying we can answer that
very easily, but who specifically killed who (with the support of
who) would explain if there is an issue or not. Operating between
the intelligence services and jihadists is a very, very dangerous
place- so it’s not all that surprising that these deaths occur. And
as tensions go up, so will those deaths. But we would have to know
the same people were involved in the deaths to really know what ‘the
issue’ actually is.
On 6/1/11 7:59 AM, Kamran Bokhari wrote:

The issue is not the man himself (though I am personally spooked
out because I knew him and we met not too long ago and he wrote on
my fb wall a day before he went missing). Instead the issue is the
growing number of deaths of people who have been supportive of
jihadists. Recall KK and Col Imam and now Triple-S. The other
thing is that each of these 3 people were with the ISI at one
point. A former army chief confirmed to me that SSS was at one
point on the payroll. Each of these guys had a falling out with
the official ISI but maintained links deep within the service.
These guys have also had ties to jihadists of one type while
pissing off other more radical types.

Note his May 20 book release.

He was living on borrowed time operating in the belly of the
beast. His last interview is telling. Regardless, he’s dead.
Life on the edge.

Did y’all read his most recent story?
http://www.atimes.com/atimes/South_Asia/ME27Df06.html

These three stories are pretty good on his death and what was
going on:
http://www.thedailybeast.com/blogs-and-stories/2011-05-31/syed-saleem-shahzad-suspicions-fall-on-pakistans-isi-in-journalists-death/#
http://www.independent.co.uk/news/world/asia/leading-journalist-murdered-by-pakistani-security-service-2291604.html
http://www.time.com/time/world/article/0,8599,2074800,00.html#ixzz1NxHaX4xA
Just throwing ideas out here. This is such a clusterfuck I
don’t know what to think.

Excerpt of new book on AQ and friends. Says the Mumbai plan was
ISI’s and a dude under Kashmiri at LeT carried it out:
http://www.syedsaleemshahzad.com/2011/05/who-masterminded-mumbai-attack/

It seems just as likely jihadists could go after him for
exposing their location (or that they thought he exposed it).
The reports I’ve read through of ‘torture’ were really just that
he had been hit in the face. That’s probably pretty typical of
any militant or criminal outfit, and while the other reports of
his ISI meetings were more peaceful, it wouldn’t be that
difficult for them to go that far either.

Here’s his email to the HRW:
http://asiancorrespondent.com/56321/saleem-shahzad-dead-another-one-bites-the-dust/

The meeting discussed the following issues.

1-Syed Saleem Shahzad told Rear Admiral Adnan that an
intelligence channel leaked the story. However, he added that
story was published only after a confirmation from the most
credible Taliban source. Syed also explained that DG ISPR was
sent a text message about the story, but he did not respond.

2- Rear Admiral Adnan Nazir had the view that story caused a lot
of embracement for the country but observed that issuing a
denial from the government side is no solution. He suggested
Syed Saleem Shahzad should write a denial of the story.

3- Syed Shahzad refused to comply with demand and termed it
impractical.

4-Rear Admiral Adnan was curious to know the source of the story
as it is a shame that information would leak from the office of
a high profile intelligence service.

5- Syed Shahzad called it an intelligence leak but did not
specify the source.

6-The conversation was held in an extremely polite and friendly
atmosphere and there was no mince word in the room at any stage.
Rear Admiral Adnan Nazir also offered Syed Saleem Shahzad a
favor in following words.

“I must give you a favor. We have recently arrested a terrorist
and have recovered a lot of data, dairies and other material
during the interrogation. The terrorist had a hit list with him.
If I find your name in the list, I will certainly let you know,”

I’m sure the ISI extracted a confession of his CIA work before
he died. There will be a leaked story about his double agent
work and the Pakis rub the CIA’s nose in it. Its what intel
agencies do. Tit for tat. The world will soon forget him.
Price one pays for playing the game.

Yes, he is dead. But the question is why create this new
crisis when there are no shortages of crises.

Heard that the ISI agents who were “interrogating” him
didn’t realize he had a heart condition and when they began
the thrashing the guy had a heart attack and died.
On 5/31/2011 2:17 PM, Fred Burton wrote:

A reasonable man would conclude that the chap was on the
CIA dole, but you did not hear that from me. Payback is a
bitch.

Fears are growing for the safety of a well-known Pakistani journalist
who has been missing for 39 hours now and, according to an international
advocacy group, is believed to be in the custody of Pakistan’s
controversial Directorate for Inter-Services Intelligence (ISI). Human
Rights Watch declared that Syed Saleem Shahzad, a reporter working for
the Hong Kong-based Asia Times Online and Adnkronos International, the
Italian news agency, could be subject to mistreatment and even torture
while in custody.

UPDATE: Pakistan’s main news channels are reporting that Shahzad’s dead
body has been found. One news channel broadcast what appeared to be a
black and white image of Shahzad’s face. There were visible signs of
torture..