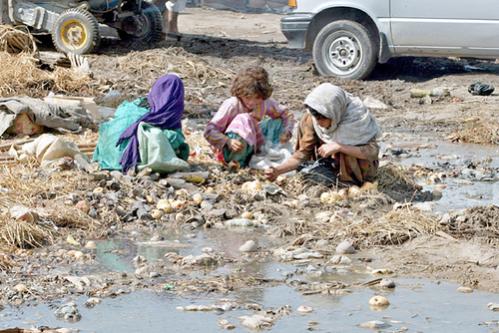 The fundamental confusion in analyzing Pakistan is the neglect of her foundational myth. A country locked in history and geography.

The internal power struggle was what exploded in form of Taliban insurgency, judicial conflict, lawyers movement and now PTI. Yet beyond surface this conflict is illusionary, so one can see why Musharraf or Taliban of Swat are not in trial in Supreme Court while PM Gilani is.

Why those who proclaimed the NRO and supported Musharraf are are beyond any blame? Why seemingly liberal Imrn Khan and terrorists of Difa-e-Pakistan are united yet separate? It’s all because it is all an “auto immune reaction”.

It’s essentially the dying state fighting, the factions in different grades of “osponization”. As inside the body cells suppose to defend it start destroying in. But it’s never complete. As immune system fails to recognize who is alien and who is self. So same cells some times are attacked and some times preserved. Yet both the killers and victims part of same body and as body dies all die, thats the point which unites them all.

That is the liberal instinct in Pakistan. It is essentially the cry of urban elites to tell these factions “na samjho ge tu mitt jao ge—“. The problem of Pakistan is not Taliban, it never was. The problem of Pakistan is nationalism. Pakistan would never be a Taliban state. What it could be is a hyper-nationalistic state, thats the shade of fascism which we should fear. With Imran Khan they are hoping to build this hyper-nationalist state. Loyal Taliban and liberals emerging from the self destructive conflict to save Pakistan, essentially the anti people state structure. People have nothing to do with it, nothing to do with any of this non-sense.

If only progressive intellectuals and PPP could realize, that our job is not to take side and fight this alien civil war. Our job is to hit the root, to cut it, to break this elitist simulacrum. Beyond it is just clarity. Beyond it we will see that what is destroying Pakistan is not memogate, is not corruption, it is not extremism, it is hunger!

This is not our conflict. Our job is not to be fodder in this criminal war. Our job is to challange state, to expose the lies of state, that is essentially what Chomsky calls responsibility of an intellectual Not to be part of state narrative but to challenge it.

After lawyers movement, PTI is the second step. Still they have not taken root. Stil it is not even proto-fascism but if PPP and progressives didn’t disengage themselves from this elitist state conflict, this auto immune disease and did not start a peoples narrative, a war for people, the road from black coats to black shirts will be a short one. It happened in Rome through institutionalism, it will happen in Islamic Republic of Pakistan and you will forget Afghanistan and Swat.