The government of Pakistan Peoples Party, always living under the shadow of swords hanging over it, has fulfilled a promise it made in the aftermath of the devastating floods of 2010. It has with the necessary support and assistance of donor countries and a renowned developer of Pakistan, Bahria Town, has handed over 143 houses in a Mohtarma Benazir Bhutto Model Village, constructed in Sinawan, Kot Addu tehsil in district Muzaffargarh. The village had been completely devastated after the 2010 floods.

The houses and their documents were handed over to women of the village. Each house is constructed on 6 marlas (approx 181 sq yds) and has two rooms, a kitchen, bathroom, a verandah, a courtyard, and store.

An English medium school where 300 students would be provided quality education free of cost has been built along with  a cattle shed for 50 cattleheads, a mosque, 25 feet wide roads, 10-feet high boundary wall, playground for kids, water purifier, water treatment plant, dispensary, shopping centre having facilities like utility store, Nadra and Pakistan post centres. Sewerage system, water supply, and electricity facilities have been made available.

Another 157 houses will be made in the second phase.

The Prime Minister of Pakistan Yousaf Raza Gilani inaugurated the project and handed over keys and documents to 143 women.

It may be mentioned that President Asif Ali Zardari took personal interest in the completion of the project and appointed PPP MNA, Fauzia Wahab as Coordinator of the Project and to liaise with Bahria Town, which bore all the cost. Prime Minister Yousaf Raza Gilani must also be appreciated for he allowed the government machinery to facilitate the project and not destroy it.

It is expected that these model villages will be established in all the provinces, thereby creating the ideal opportunity for Private Public Partnership.

In essence, we congratulate the PPP government for delivering a project which if replicated will create the necessary ground work for development in the country. It also goes to show that good governance requires creating the necessary platform for able institutions to deliver and not to deliver everything on its own.

A very big thank you to the PPP and Bahria Town and all those donors who played the role of angels! 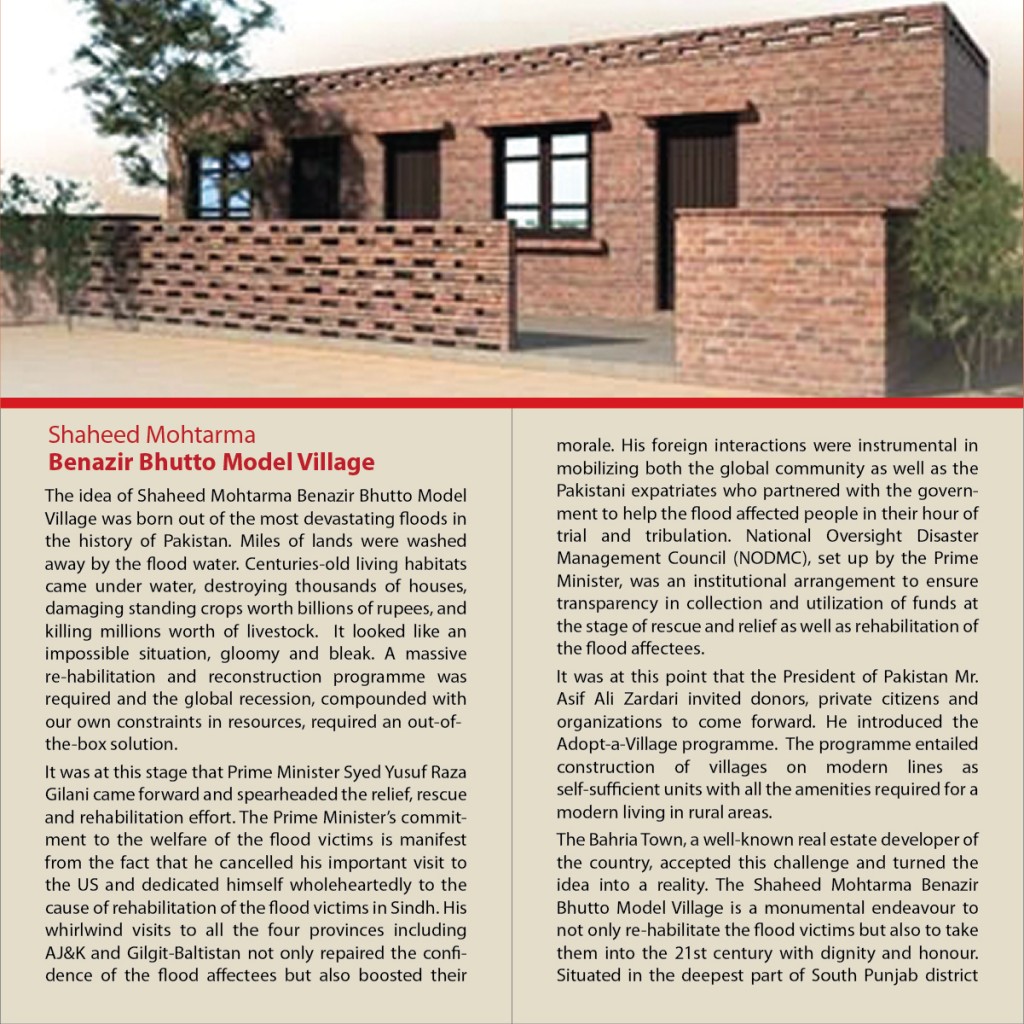 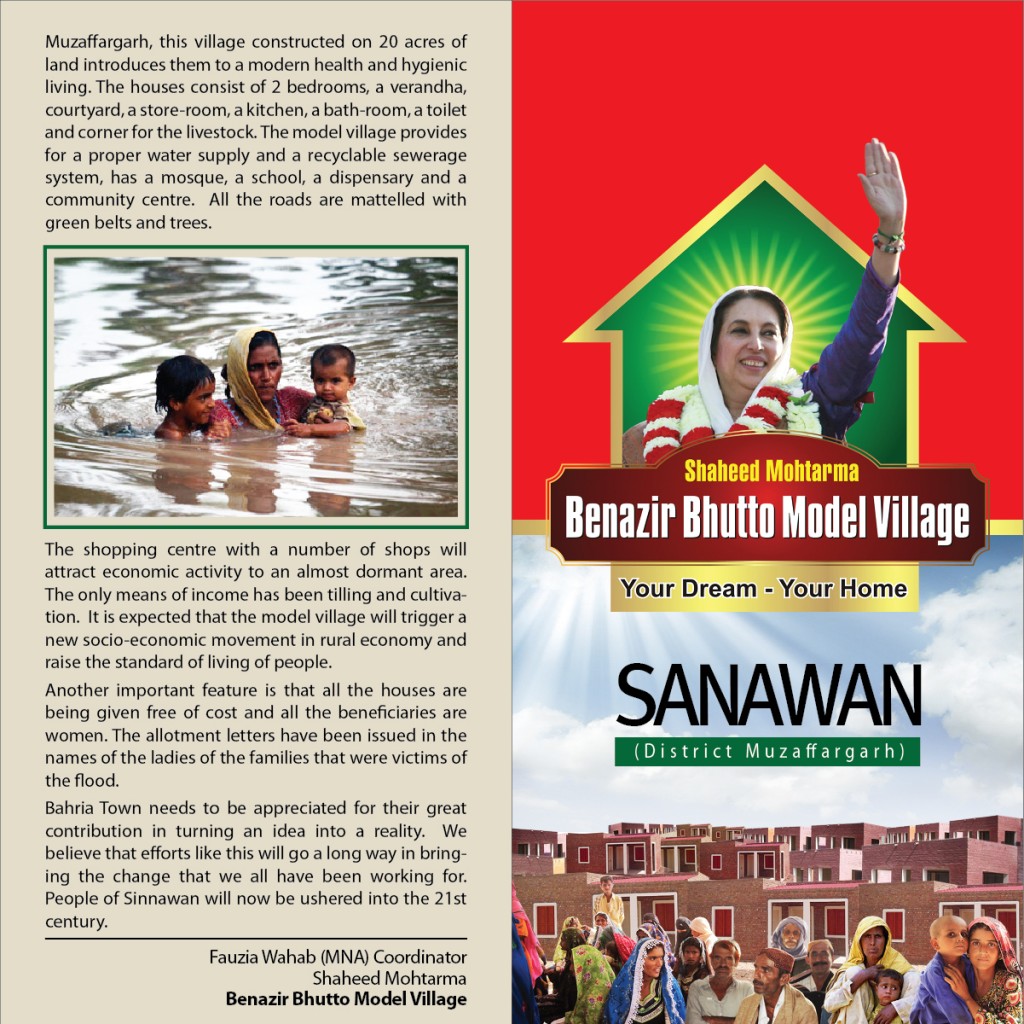