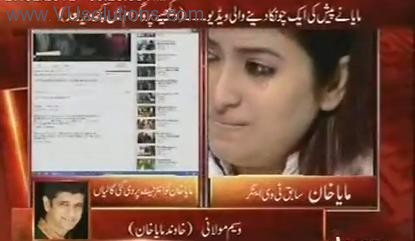 “Gathri sutna” is one of the million mouth watering proverbs of Punjabi. Its historical antiquity narrates the story of a thief who went to a house for the purpose of booty. After wrapping up all the valuables of the house in a bed sheet the thief got confused as if to throw the “Gathri” across the wall or not. With the fear that someone on the other side may run away with the loot while he climbs the wall the thief decided to climb the wall with “Gathri” in one hand. This effort proved to be catastrophic and the thief fell out side the house while the “Gathri” fell inside. The house members woke up of the bang and Mr. Thief had to run. In the morning when all the colony mates gathered at the crime scene, the thief also went there as to cover his public face. The question pounding around was none other than why did the thief leave the booty behind. The thief in order to cast an impression of his intellect upon the fellows said “Mere Khial Ech Choor Dewar Tun Aia Hoe Ga” (I think that the thief would have come from the wall). The people asked “Fer” (Then?). “Fer Mere Khial Ech Une Reti Kal Sandok De Tale Kate Houn Ge” (Then I think he would have cut down the locks with a file) he said. People asked “Fer” (Then?). He said “Fer Mere Khial Ech Une Manji Di Chadar Ich Sab Kuch Bania Howe Ga” (Then I think he would have wrapped up all the stuff in a bed sheet). People asked “Fer” (Then?). “Fer Une sochia hoe ga Gathri sutan ke na sutan” (Then he would have thought whether to throw the loot outside or not.) he replied. “Fer” (Then?) was the question again. “Fer o Gathri Sameet E Tap Gia Oe Ga” (Then he would have decided to jump along with the booty) he exclaimed. “Fer” (Then?) came again. “Fer Ki Gathri Andar Ga Pai Te Mein Bahar Ga Pia” (Then what? the booty fell inside and I fell outside!) said the innocent Mr. Thief and got to get what he deserved.

Since then whenever someone unveils his darkest secrets the proverb “Inhen Te Gathri Ee Sut Diti Aee” (He has thrown away the booty) is used.

In a similar occasion on Monday the 27 of February 2012, Maya Khan appeared on “Front Line” with Kamran Shahid. The self-righteous queen of the Conscientious Republic of Pakistan this time was un-armed and no lashes or canes were visible. The Qazi ul Qaza was not there to put to trial degenerate immoral maggots neither was she there to lash the goons who dare to date. Instead Her Royal Highness appeared on the television to restructure her image and veil her exposed x-rated side. In lieu of collar grabbing questions and character trashing tactics Maya Khan was equipped with tears, sobs and sighs. Exhibiting to the maxima her commendable skills of drama and burlesque performance Maya Khan put out a fascinating show of victimized and confounded princess with her in the lead role. The 25 minute desolate act of character repair was a nice laughing stalk for the depressed nation.

Where on one hand Maya Khan recalled her momentous achievements and unforgettable services to the nation like facilitating weddings and going searching for lost kids she once again grabbed the nefarious nation by collar and asked of what wrong has she committed. If the nation has forgotten the divine principles of social life why should I not pull them by the nose back to the path of salvation? On her floating pictures over the internet she was quick to bring her far away husband into the conversation who granted a respectful acquittal by saying he has knowledge of all her affairs (Affairs means Affairs and not those Affairs). Thus wearing exposing costumes, getting cozy with boys and going to cocktail parties was provided legitimacy as her husband knew about it. When inquired about her social life she instantaneously brought tears to he eyes and mentioned a near to death brother in the U.S so thus we concluded one cannot be questioned if she has a brother dying in U.S sooooo Acquitted but in the end when the mega question of intruding into people’s privacy and thus bringing them to risk was asked there came a mega abasing answer which was not much different to “Mein Andar ga Pai Te Gathri Bahar Ga Pai”.

Defending the allegation of intrusion in privacy Maya Khan called to stage two boys. The boys she claimed were the same as the ones caught dating in a park when her team raided. She also handed over a DVD to Kamran Shahid which had interviews of the alleged girls who were put on air while dating. Maya Khan claimed that all these people were paid actors and had put o a show in accordance with the script given to them. The boys sitting on the show and the girls in the video confirmed that nothing in the show was real and concrete instead the whole show was a scripted depiction of the ideas of MADAM in order to put the society in order. In other words 170 million duffers sitting in Pakistan were slapped in the face the morning Maya Khan’s show was put on.

Had it not been to a viable protest and rapid campaign which kicked Maya Khan out of business and thus brought her on screen revealing that the most dramatic realities on the T.V are just not realities, this nation of fools would never have come to known that they are deceived and gibed daily by the medium they trust the most. Their very dear media some times does not fell the need of adding a caption of Re-Enactment, Drama, Fiction or Concoction on top of a scripted show and Pakistanis as stupid boneheads sit and cry their hearts out on the pity situation of Pakistan. The reality that the media exposes is may be never the reality, the news which the media delivers is may be never the news and the information which the media spreads is may be never the information. May be we sit in front of a propaganda machine which acts a pimp and markets the ideas of the ones who pays it well.

With the unveiling of the fact the media in Pakistan does not even follow the basic of moral accords and proudly cheats on it’s viewers the credibility of all we see has become blur. My be the handicapped girl which tied knots on Maya Khan’s show was not disable at all and probably married. May be the missing children of people were not their children in actual but another bunch of actors, May be the poor sanitation system of A B C cities shown on the media is not poor at all but an on-set recording, May be the guy who committed suicide due to poverty did not die at all but an actor smiling inside the coffin, May be the menace of corruption chanted about all day is in fact no where present but a factional story, May be un employment and hunger are not known factors to the nation and the ones crying on the screen are mere script bound performers and may be whatever we see is what does not exist.

In order to cover her face Maya Khan has torn the veil off the face of the entire media empire of Pakistan. While trying to narrate what happened last night Maya Khan has just said “Mein Bahar Ga Pai Te Gathri Andar Ga Pai”. After throwing away this “Gathri” Maya Khan has thrown the ball to the court of the people of Pakistan. Are we the people of Pakistan even more stupid, dumb and blockheads than the colony mates who grabbed the thief after his confession? Are we not still able to carve out that the bulk of information that we receive every day is a bulk of disinformation? Are we not able to grab the culprit when he himself wants to be grabbed?

At Least We At LUBP Are. We as a free and independent law abiding citizen of Pakistan consider that the confessions of Maya Khan have exposed that the media in Pakistan purposely and intentionally cheats on us. We consider it to be disrespectful, privilege tampering and ridiculing. We take this blatant fraud as a deriding gesture of corporate media houses towards our intellect and conscience.

We thus remind the Government of Pakistan that a hope of self censorship and self regulation by the media is beyond imaginations. We urge the Government of Pakistan to amend the Pakistan Electronic Media Regulatory Authority Act and make the Media Regulation more astute and concrete. We look forward to a much more authoritative and iron framed PEMRA which without any fear of displeasure of Pseudo-Liberals and agony of Fake Civil Society can deal with the cons in the media with an iron hand and thus provide the people of Pakistan their right to information the way it should be provided.