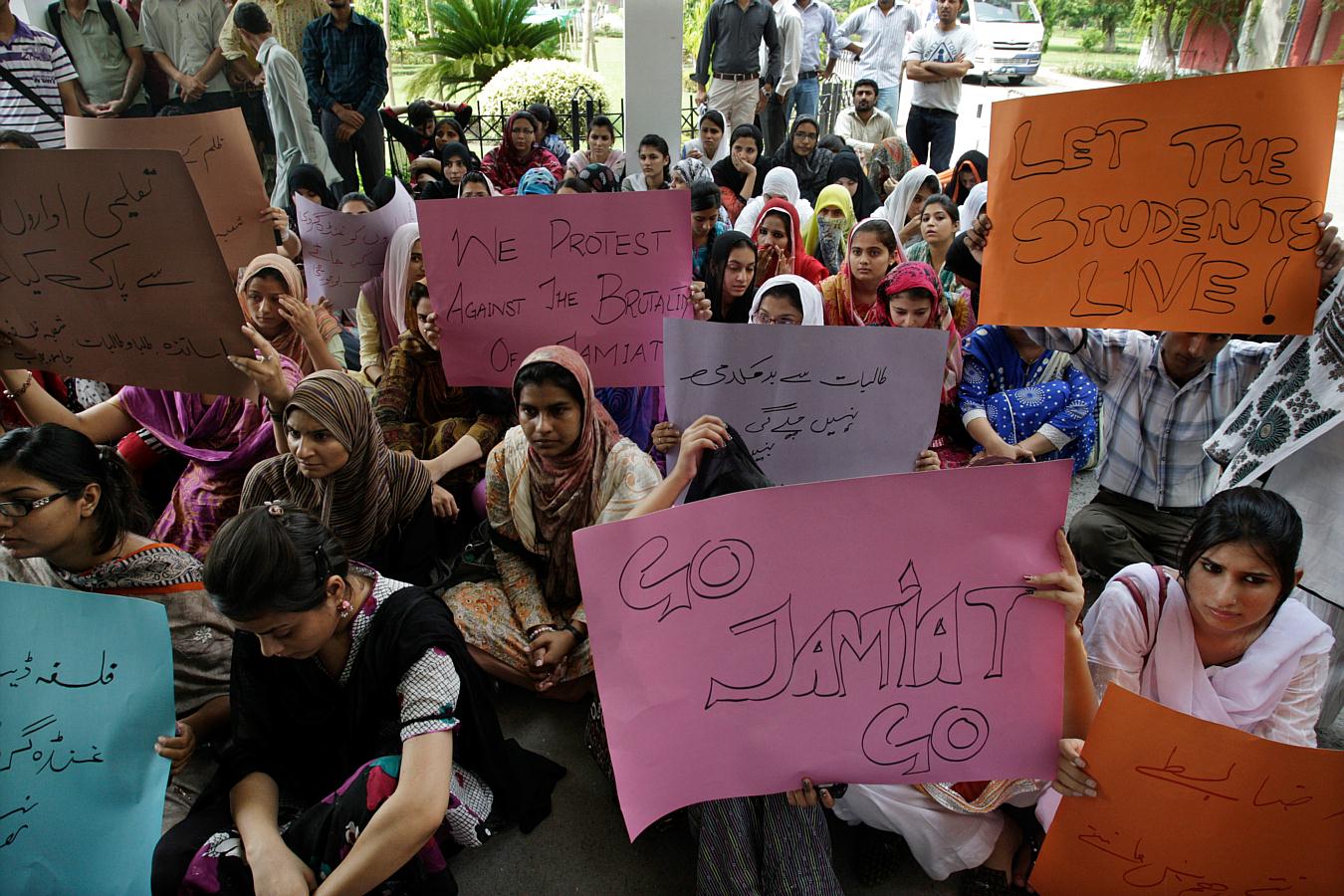 We vehemently demand for democracy and freedom of speech in our society to make it certain that every individual has his say over the important issues affecting his socio-economic life. Democracy, humans’ rights, opposing oppression and suppression, progressive politics, working for abolition of the evils of the society: they all to an extent, more or less, ring a same tune of bell. As a philosopher of 19th century declared that ‘the hitherto history of societies is the history of class struggle”, this indicates, with historical evidence, that a few number of people- call it a class- through their wealth, possessions, fame usurp the power needed to rule the masses. Consequently, this small segment rule over and impose on the overwhelming majority their cruel will meant to benefit themselves only and suppress the ruled ones who now have become weak, fragile by this power shift. And, according to the citation above, this shift (transition) has become ubiquitous in societies the Earth has so far yielded.

This unjust power of minority over the majority, arising from the lust of power not only demoralizes, undermines the democratic culture but hampers, too, the progress of the whole lot of the society. The reason is; progress of few, handful of privileged individuals- outcome of undemocratic discipline- cannot result in the progress and prosperity of all people irrespective of any class.

Contemporary Pakistani mainstream politics has whole-heartedly embraced Anti-democracy hegemony, which is not worth discussing in the first place since we ought to know what factors actually evoked this miserable, deplorable a situation. So now, back to the reality of shallow rhetoric that belies the truth.

Every nation has its future in the form of its pupils being raised by their parents and mentored by their teachers at educational institutions. More irrefutable is the point that this mentioned segment of the masses holds in future the societal responsibilities, while putting efforts as statesmen, professionals, doctors, all in all, as workers who build the future when they discover, invent, improvise or strengthen, all in tandem, for the society, for its progress. When it comes to the future, as the aspiring and budding decision-makers they must have cognizance- or at least start to get it- as regards the ideas, ideology, philosophy that shall help for the reconstruction, amelioration of the society. This phenomenon ensues political debates, dialogues- dialectics that can produce sheer knowledgeable individuals- thoughts, diversity of views conducive to re-ordering the ruling ideas for better.

To encapsulate, it is utterly needed in our colleges, universities to have a rather veritable democratic culture wherein students, the future of the world, can put their demands vis-à-vis their rights, curriculum, facilities to the authorities.

But what is to be done in a country where many of the Higher Education Institutes have been privatized or work under the Capital of wealthy businessmen, tycoons dealing in Education?! That’s an eye-opening yet despairing question. Here we experience the already-mentioned power shift working. The truth is; students of varsities who once used to be important stakeholders of their institutions have now been considered as mere consumers, whose sole goal is to, as they put it, pay the fee, regularly attend the classes, work harder- even harder- get passed with flying colors, and leave as soon as possible to let, finally, the corporate sector enslave them.

The gap, in current system, between the students and the administration is so wide that students can hardly make the admin do what the former demand from the latter. This entails the hegemony of the authorities of varsities; eliminating the process of decision-making done by the students who actually run the institutes, and know better of the future problems and policies to be taken care of.

The prevalent thought perception held by unaware and severely shackled students, pertaining to this undemocratic a culture of our Education sectors is self-satisfying and driven out of their desensitization, and callousness. According to a vast majority, it’s better not to have unions and students bodies in varsities as the world has become too competitive, our lives too engrossing to pay attentions towards forming bodies; thinking, learning for a better future through a process of co-operation amongst students, and so on.

For their normal ‘indifference’ and ‘abnormally impressive’ knowledge, a person currently a student having no voice whatsoever anywhere cannot retort but, it is presumed, that here Bertrand Russell’ excerpt from his essay will suffice.

“The great majority of men and women, in ordinary times pass through life without ever contemplating or criticizing, as a whole either their own conditions or those of the world at large. They find themselves born into a certain place in society, and they accept what each day brings forth, without any effort of though beyond what the immediate present requires. Almost as instinctively as the beats of the field they seek the satisfaction of the needs of the moment, without much forethought, and without considering that by sufficient effort the whole conditions of their lives could be changed….[The] few, driven by sympathetic pain, will seek, first in thought and then in action, for some way of escape, some new system of society by which life may become richer, more full of joy and less full of preventable evils that it is at present.”

Such is the hope that lies in unionization of students. A student union, if formed, will not only prevail the democratic culture in institutions, but surely work on sorting out the shortcomings in contemporary educational infra-structure and curriculum. As a result, in near future we get a new breed, cadre of bright minds entering into the mainstream politics or political philosophy, having their own stance for a better planning of the present and future. The little intelligentsia and few progressive politicians we have now are the repercussions of 60s to 90s ‘Campus Democracy’ before the Pakistan Government imposed ban on the Unions.

The talk of freedom and democracy does not end with triumph here. Apart from the few state universities, we have an ample corpocratic culture in private universities wherein investments are made in so lucrative educational sector to gain, profiteer at the nation future’s expense. In these cages one is taken as an immigrant, the odd one out, left on his own, to be facilitated only if he pays enough and does not interrupt or intrude into the ‘out of bound’ areas and affairs governed, solely, by the board of directors(read owners, the capitalists).

Scholarship scams, doing away with basic students’ rights, often hate-preaching, nepotism, anti-feminism notions are the few of legions of rampant evils taken as sane at many private universities. And this has been the case for more than a decade now. The need of having Unions that act as an intermediary body between the students and administration is emphasized more than ever.

Unless the campus democracy, both in Government and private sector is restored, we cannot have democratic forces on national level; that is beyond doubt. (In further articles to come we will discuss the history of students’ unions and politics, and the reason that necessitates the formation of Unions through elections).

The will of a Sindhi journalist – by Laibaah
Cyril Almeida’s story on Balochistan is attributable to…?