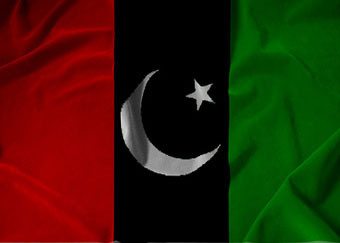 Predictions were made, bets were placed and wild speculations made the rounds. It seemed that the fall of the prime minister was imminent and the PPP-led government was doomed. One could see gloating faces on TV channels, faces that had been forecasting the end of the Gilani’s government for the last four years. It seemed as though their prophecies were about to become reality. But the day came and went and nothing earth-shaking happened.

When the seemingly shaky coalition began its term, few expected him to become the longest reigning prime minister of the country. And even fewer thought he will deliver. But he surprised them all. No one thought that he will accomplish what many of his predecessors did not. Unanimously elected as the leader of the house, Yousaf Raza Gilani inherited a highly fragmented society and extremely divided polity which was in despair over the brutal murder of their leader, Benazir Bhutto.

No one thought that a party of 127 members in a house of 342 members would bring changes unprecedented in the history of parliament. The three amendments and 48 legislative bills passed unanimously speak volumes of the soft-spoken and humble prime minister. Committed to the policy of reconciliation and a strong believer in parliament as holder of collective wisdom, he remained focused on building bridges between and amongst all stakeholders. He never distinguished between members from his own party and those from other parties. His accessibility to all across the board created space for him for political dialogue in even the worst crisis. The doors of negotiation and dialogue were kept open to all. During the last four years, the members of parliament faced many existential threats, but never was it faced with deadlock. In the last assembly’s session, twice, the leader of the opposition Chaudhry Nisar objected to the laying of the Twentieth Amendment bill and twice the prime minister accepted his objection and preferred to get into dialogue with the opposition rather than making it into an issue of ego. On February 14, we all saw how political democracy triumphed over forces of obscurantism and destruction.

The passing of three constitutional amendments is not the only achievement of parliament under the prime minister’s leadership, but many long outstanding political issues were also tackled head on. Provincial autonomy promised under the 1973 Constitution was granted through the passage of the Eighteenth Amendment. The provinces now enjoy freedom in decision-making, administrative freedom and financial freedom. For 19 long years, the National Finance Commission (NFC) was ineffective, stuck because of lingering mistrust among the federating units. After months of painstaking negotiations between the provinces, a new NFC was adopted. Another long outstanding issue was the mainstreaming of the people of Gilgit-Baltistan, they were given special status with administrative autonomy. Ever since the birth of Pakistan, people of Khyber-Pakhtunkhwa had been demanding a change of name of their province. It was a demand that no government had been able to handle, until the current PPP-led one took it up. Our colonial rulers had named the province after its geographical location with reference to British India’s capital, New Delhi, something that most people thought didn’t make any sense now. Under the Eighteenth Amendment, even this matter was resolved.

On the economic front, the PPP government has achieved many milestones, which unfortunately have gone unnoticed. For the first time in the country’s history, our Foreign Exchange Reserves went up to $18.3 billion, our exports crossed the $25 billion benchmark, under the Pakistan Remittances Initiative scheme our remittances registered a phenomenal growth from a mere $4 billion to $12 billion, our per capita income has risen from $990 to $1152. Similarly, gains in the agricultural sector cannot be ignored. From a wheat importing country, we have become a wheat exporting country. We have exported wheat worth $624 million. Despite two devastating floods, the production of wheat has gone up to 25 million tonnes this year and the output in the cotton crop has shown an upward movement from 10 million to 14 million bales.