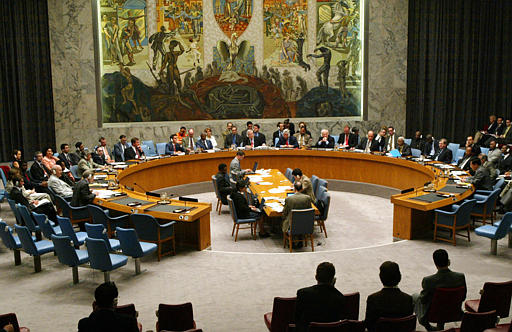 Editor’s note: Departing from collective silence in Pakistan’s mainstream media, Daily Times is the only outlet in English and Urdu media which has published at least two articles highlighting the 17 Feb 2012 Shia massacre in Parachinar in which 47 Shias Muslims were massacred; at least 12 of them were killed by live firing by Pakistan’s paramilitary forces (FC) deployed in Kurram Agency. In the following op-ed Farhat Taj notes that what is phenomenal is that so many Shia tribesmen have managed to stay cool-minded despite the trauma they have to live with as shown by the Shias who rescued the Sunnis. Taj also notes that Kurram Shias have a stronger case to invite a foreign power (United Nations, Afghanistan, NATO etc) to get themselves rid of Pakistan’s military state and society that places no worth on their blood and sufferings.

On February 16, 2012, Pakistan’s ambassador to the US, Sherry Rehman, addressed a US think tank in Washington. Reportedly, the ambassador spoke on many issues concerning the current mistrust between Pakistan and the US on the war on terror, especially since the US killing of Osama bin Laden in a military area in Pakistan. From the Pakistani Pashtun perspective the most dreaded of things that she reportedly said is this: “The Embassy of Pakistan in the US would be issuing a weekly scorecard of the losses suffered by Pakistan in the war on terror.” This is most dreaded because on the ground it means that every single week from February 16 onwards Pashtun civilians as well as soldiers (FC soldiers) would be killed to mark the scorecard with ‘Pakistan’s losses in the war on terror’.

In the first week (February 16-22, 2012), 52 Pashtuns were killed: one in a bomb blast in Peshawar, eight anti-Taliban lashkar (private militia) volunteers in Khyber killed in clashes with militants and 43 in suicide attack in Parachinar, Upper Kurram. For the scorecard of the second week (February 23-29, 2012), the Pashtun killing is well underway: three civilians killed in a bomb blast in Khyber and at least 21 killed and 32 injured in a bomb explosion at the Kohat Bus Stand in Peshawar. ‘Hopefully’ more Pashtuns would be killed before the closing of this week as well as in the following weeks to make the scorecards ‘impressive’. This would continue till the scorecards are no more needed.

The war on terror is being conducted with Pashtun blood and a lot can be said on that. Mr Khan has written a whole book, Armageddon in Pakistan, on multiple aspects of this issue. I will today confine myself to the recent deadly suicide bomb explosion in Parachinar that killed 43 Shia Pashtun. There is something strange about this explosion. As long as the security of Parachinar was in the hands of the local Shia volunteers, no terrorism happened in the city. Some three months back, the security was taken over by the FC and the Pakistan Army and this deadly suicide attack happened. Why is it that civilian volunteers could prevent acts of terrorism but the army and the FC could not? Is something wrong with the training of the security forces? No one in Parachinar believes so. The dominant perception is that the ISI has deliberately attacked the Shia-dominated city through Fazl Saeed, the Taliban commander considered to be operating under direct orders from the ISI.

Now here is a chance for the ISI to prove the perception wrong. Fazl Saeed has reportedly taken responsibility for the suicide attack. Merely destroying his immovable properties in Kurram, as the government seems to be doing, is not enough to restore the confidence of the Shia tribesmen in the state. He should be arrested and tried under the new FATA legislation, In Aid of Civil Power Regulations, 2011. Would the intelligence agencies do so? Hardly anyone in Kurram believes so. The public perception in Kurram is that the ISI does not want a peaceful Upper Kurram — the easiest route to Kabul — as punishment for the majority Shia tribes’ refusal to allow a safe route via Upper Kurram to the Taliban for cross-border attacks in Afghanistan.

Nevertheless, peace seemed to have returned to Parachinar due to the security arrangements by the Shia volunteers, although the city continues to suffer in the years’ long road blockade. So much so that the city’s Sunni minority — that had been evicted from the city in 2007 — was preparing to come back to Parachinar as a result of confidence building measures between the Shia and Sunni tribal leaders. This attack seems to have damaged the sectarian harmony so far achieved in the city since 2007. At the time of the suicide attack some of the displaced Sunnis were in the city rebuilding their houses with the hope of repatriating their families to the city by summer 2012. Immediately following the attack, some emotionally charged local Shias attacked the Sunnis. The sensible people among the Shias managed to rescue the Sunnis but at least one of the Sunnis, Jahanzeb Jaji, was killed.

This incident seems to have placed a question mark on the repatriation of the internally displaced Sunnis to Parachinar and has also deeply saddened the Shias. The Parachinar Sunnis I contacted informed that they heard the Shias saying: “We have been much more pained by this one Sunni death than by the 43 deaths among the Shias.” The Shias of Parachinar are extremely traumatised due to the death and destruction caused, especially the road blockade since 2007. It is likely that people living with trauma show a misplaced anger on intense occasions, such as that suicide attack. What is phenomenal is that so many Shia tribesmen have managed to stay cool-minded despite the trauma they have to live with as shown by the Shias who rescued the Sunnis. According to the Sunnis, the security forces opened fire on the group of Shias who had attacked the Sunnis immediately after the suicide attack and resultantly some of the Shias were killed. These Shia deaths could have been avoided if the security forces had used teargas, rubber bullets or water cannons instead of live ammunition.

Wider society in Pakistan is ignoring the prolonged Shia trauma in Kurram. My fellow columnist, Dr Mohammad Taqi has written in detail (‘Kurram: children of a lesser god’, Daily Times, February 23, 2012) on how the media, human rights organisations and political parties of Pakistan are oblivious to the Shia sufferings in Kurram. It looks as if the Shias in Kurram are being treated like the Baloch in Balochistan, which continues to bleed under the control of the military establishment and wider society in Pakistan looks the other way. Now the US has shown some interest in Balochistan that has been welcomed by the Baloch leaders.
Let’s not forget that Shias in Kurram too have a history of inviting the British forces to Kurram due to their differences with the then Afghan government. The British accepted the invitation by taking over the administration of the area in 1890. Today, the Kurram Shias have a stronger case than the previous ones to invite a foreign power to get themselves rid of the state and society that places no worth on their blood and sufferings. No one should be surprised if the Shias repeat their history. Those preparing the scorecard for the US must especially note and consider history.