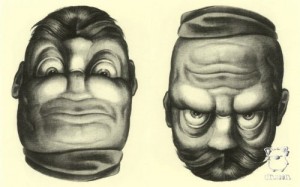 Punjab Chief Minister Mian Shahbaz Sharif in his speech at Jamia Naemia Lahore requested Taliban to spare Punjab from terrorist attacks. It shows the double face of the Chief Minister as well as the double face of his party’s ideological basis. On one hand Pakistan Army fights against terrorism for sovereignty, while the PML-N’s unholy alliance with the Taliban on the other hand raises serious questions.

Chief Minister of the Punjab wants to save Punjab instead of Pakistan. Armed forces are sacrificing their lives for the nation while Chief Minister of the biggest province begs for his own province. His statement is an attempt to create division with in the federation. In his speech, he insulted thousands of innocent victims of Taliban. People of Pakistan were flabbergasted by his statement. Instead of condemning the heinous crimes of Taliban, the CM Punjab adopted a shamelessly apologetic tone towards the killers of innocent Pakistanis.

Chief Minister must apologise to those families, who have lost their dear ones in suicide attacks and bomb blast all over the country. Pakistan is a federation. Other provinces particularly the Pakhtoonkhwa had been severely hit by Taliban insurgency. Sindh suffered a fatal blow at Ashura and Balchistan is also infiltrated by these beasts. Projecting himself as a National Leader, CM Punjab seems to be worried about Punjab only. Double standards.

Click here to post a comment
The Taliban-e-Aala rules in Punjab – by PPP UK
Justice Khawaja Sharif speaks once again, this time against Hindus – by Abdul Nishapuri