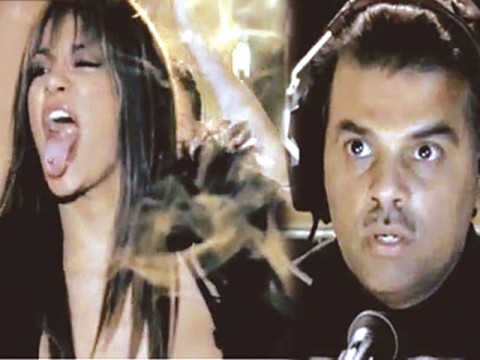 A self-styled Pakistani-American who describes himself as “ultra wealthy man” with expensive lawyers in major cosmopolitans of the world seems to have several financial defaults, almost no personal assets, and a creditor attempting to collect a court ordered judgment against him since 2010 in New York.

The attorney for Banca Sammarinese di Investimento (BSI) Mr. Peter Kurshan last week told me that his client has not received $1.47 million from Mr. Mansoor Ijaz and he is left with no option but to start collection enforcement. The challenge facing Mr. Kurshan and other creditors in New York apparently is that Mr. Ijaz has almost no assets to his name.

NEW YORK SUPREME COURT – CIVIL DIVISION issued a judgment against Mr. Ijaz in September of 2010. In a conversation last week in New York Mr. Kurshan said; “given that he has not voluntarily satisfied the judgment in past two years we are forced to commence enforcement action.”

But Banca Sammarinese di Investmento is not the only creditor looking for Mr. Ijaz. Citibank also has a judgment against him for a relatively small amount of $16,021. Aurora Loan Services also filed a motion in New York Supreme court for an unidentified amount in 2007.

In 2002 Mr. Ijaz had similar financial difficulties: American Express Travel Services had sued him for $166,880. After New York Supreme Court decided in the favor of the creditor, Mr. Ijaz subsequently paid off his debt and a Civil Judgment Release was filed as an acknowledgment by American Express Travel Services that it had been paid. But this lien still shows up in public records.

Bank of New York had also moved New York Supreme Court in 2002 to recover a paltry sum of $58,698 and a judgment was issued but no release was filed.

Mr. Ijaz seems to again have faced serious financial hardships in 2008 when he requested to restructure his debt obligations. In a memo to Banca Semmarinese di Investimento on March 10, 2008 Mr. Ijaz made several outlandish claims, which appear more like fantasies than business plans.

In the March 2008 memo to the bank he wrote: “Aquarius Towers Las Vegas has reached a definitive contract to fund Phase 1 of the project (US $50,000,000).” In his typical name dropping and success-by-association fashion, Mr. Ijaz said “the investor is a large Indian family that has real estate investments around the world, including over 40 apartment buildings.” He claimed that he was friends with a friend of the owners and that he was traveling to Zurich and Geneva with them to do “due diligence”. He then claimed that once the fund was established he would get a regular “income for my role” and would be in a position to pay off his debt to BSI.

In this memo Mr. Ijaz also claimed that the same un-named “investor” who was providing him access to the rich and powerful Indian family has also introduced him to another investment opportunity in yet another venture, Eco Drive Technologies. Mr. Ijaz claimed that his ‘friend’ had close ties with Tata Motors which had chosen to invest $10,000,000 in Eco Drive Technologies. Mr. Ijaz had suggested “these funds are investment funds only and therefore no income” could be expected for payment to BSI. “But the deals materiality arises from additional collateral becoming a part of the overall portfolio,” because Mr. Ijaz claimed to own a “significant share of the new company.”

He made similar claims about a company Hydropolis and Agios Shipping Limited.

Although Mr. Ijaz intimated that contracts had been signed on these various projects, oddly none of them materialized.

A search of the public record in the US suggests that Mr. Ijaz has a total of eight lien records against him and he only owns an apartment (flat) in New York. It could not be established if Mr. Ijaz has secured all of his assets in off-shore estates but the attorney for BSI plans to commence enforcement action shortly.

According to the court documents Mr. Ijaz not only defaulted on his debt obligation but is also accused of defrauding the bank by using funds loaned to his business for personal use.

Three questions arise out of Mr.Ijaz’s memo to BSI and non-payment of his debts for which he took ‘personal responsibility.’ Does Mr. Ijaz have the habit of making fantastical claims? Is it possible that his recent tirade against the democratically elected government of Pakistan was due to the financial burdens he faces? Has Mr. Ijaz moved out of the US with his assets to mitigate financial risks he faces by creditors and investors in his investment firm?

We don’t have answers to any one of these questions but we can say with mathematical certitude that a memo to BSI was written to restructure debt obligations in 2008 and subsequently the New York Supreme Court ordered judgment against Mr. Ijaz in 2010.