The Shia Muslims in Pakistan are the most targeted faith group in terms of sheer numbers.

In the first 50 days of 2012 (from 1 Jan to 20 Feb), more than 100 Shias have been massacred through target killings, bomb attacks and suicide attacks; a greater number badly injured and maimed.

For example, here is an account of attacks on Shia Muslims in January 2012. https://lubpak.net/archives/70763

The following articles explain how and why ISI-backed Jihadi-sectarian militants are targetting Shias.

What has made the situation even worse is the media blackout. Aside from some very few exceptions, the media has mostly ignored or misrepresented the ongoing Shia genocide all over Pakistan. For example refer to the following articles:

This tendency is even more pronounced amongst the more liberal and progressive sections of the media. Again barring the very few exceptions, this segment is no different from the generally pro-Jihadist media when it comes to highlighting the plight of the Shia Muslims in Pakistan.

A combination of apathy, ignorance and subconscious anti-Shia bias ensures that even the liberal-progressive segments of Pakistan’s media mostly ignore this topic. Aside from a token tweet or once a year vague article, the number of articles that honestly present the ongoing genocide of Shia Muslims is an indictment of anti-Shia bias in that segment of the media that should ideally have been forebearers in protesting Shia killings.

Based on readers’ feedback, both private and public, we are compiling a list of names of anchors and columnists who can be effective voices in highlighting the ongoing Shia genocide in Pakistan. Many of them are very talented writers who have written against the military establishment. Therefore, it is both surprising and hugely disappointing that they have not dedicated a column or TV program to those who have been the first in the firing line of the Jihadists since 1978.

Of course we don’t expect pro-military establishment, pro-Taliban, right wing anchors and columnists to cover Shia genocide in their columns and talk-shows due to obvious reasons. We, however, expect progressive and liberal columnists and anchors to give due coverage to Shia killings which otherwise remain ignored or misrepresented in Pakistan’s mainstream, electronic and print, media.

In particular, we have high expectations from the following progressive columnists, anchors and human rights champions:

Data to be maintained and regularly published:

We have started maintaining this data from 1 January 2012 onwards. Realistically, we do not expect columnists and anchors to cover each incident of attack on Shia Muslims. However, we suggest they should think about covering this topic in a column or talk-show after every 10 Shias killed. We hope we are not asking for too much.

Of course, we expect progressive authors to cover all major massacres (e.g., Khanpur attack on 14 January 2012 killing 34 Shias, or the Parachinar massacre on 17 February in which at least 46 Shias were killed), which is not only their ethical duty but also professional responsibility.

The present Name and Remind Policy is inspired by the Australian Government’s legislation which requires employers to report progress on gender equality in employment. “The reporting requirements for employers include gender composition of their boards, and against a set of gender equality indicators relevant to outcomes for women and men in the workplace. CEOs and employee representatives are required to sign off on the reports, which are to be accessible to employees and shareholders. Non-compliant employers are liable to be named in Parliament and more widely.”

While we don’t have any legal authority, we hope our ethical reminder to progressive journalists, bloggers and human rights champions will help them in performing their duties in an honest, ethical and professional manner.

Readers’ feedback is most welcome and we hope that the complaint that the progressive liberals do not care about the ongoing Shia killings in Pakistan is proven wrong. 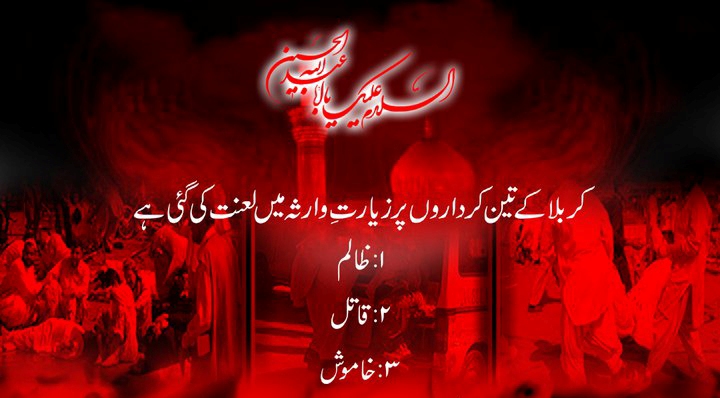