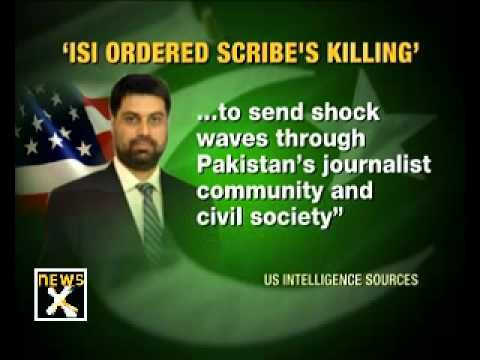 Astrong-worded statement issued by the Inter-Services Public Relation (ISPR) said that the HRW report titled“Shahzad commission results marred by free ride for ISI” published on January 30 this year was “found to be extremely derogatory, biased and contradictory in terms”.

The ISPR statement held Brad Adams, HRW Asia Director, to be having his “head buried deep in sand” and alleged that his “thought process and ability to logically analyze a given situation suffers from serious bias”. In the statement, the ISI categorically denied the allegations and the spokesperson said the HRW report was “a well orchestrated and sinister media campaign, in which, HRW and the likes of Brad Adams and Ali Dayan Hassan may have been unwittingly drawn into”. “It raises serious questions on the partisan nature of HRW and Brad Adam’s objectivity.”

Last but not least, Pakistan army politely demands (threatens will be a more appropriate word given the historical and ongoing high-handedness of Pakistan army) HRW to withdraw its statement on Saleem Shahzad’s murder. ” It will be in fitness of things to expect HRW to withdraw this biased statement. “

We consider such statement as an attempt to threaten and silence HRW and other human rights groups as well as media persons to refrain from reporting human rights violations by Pakistan army in various parts of the country including but not limited to army’s role in the ongoing target killings of media persons, political leaders, Baloch nationalists, anti-Taliban Pashtuns and Shia Muslims.

We note that Pakistan army’s statement against HRW is full of praise for Pakistan’s Supreme Court, Justice Saqib Nisar and at least indirectly the incumbent Chief Justice Iftikhar Chaudhry.  Justice Saqib Nisar is the same pro-rape, Punjabi, Lahori judge who wrote one of the worst judgements in Pakistan’s legal history (Mukhtaran Mai case). The ISPR statement applauds the Supreme Court and its judges for their services and claims that the HRW report has not only “demonized” the ISI, but is also “out of character of the Honourable Court”. The statement claims that the ISI, as well as the other intelligence agencies, have provided the judicial commission probing the case with “unprecedented obedience/compliance”. This is a classical example of one Jeem (Jenerals) returning the favour to the other Jeem (Judges) after extracting a favourable decision from the sham judicial commission on Saleem Shahzad’s murder. We also note that previously another Jeem (pro-army journalists in Jang group) attacked Ali Dayan Hasan in a defaming and threatening manner. The usual suspects, the Teen Jeem, are clearly at play again.

We demand that Saleem Shahzad commission be reconstituted, and an independent investigation be conducted into Shahzad’d murder free from Pakistan army’s influence and harassment.

We also urge all media persons to support their slain colleague (Saleem Shahzad) and Human Rights Watch instead of parroting Pakistan army’s lies and propaganda.