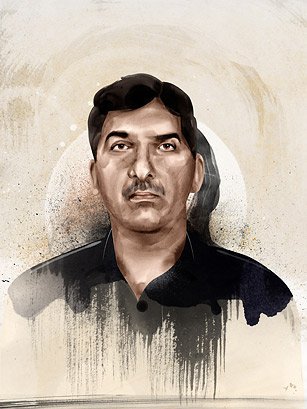 Barrister Shah said now the ISI had only two options, either to compensate the owners or de-acquire their land which would enable the actual owner to get possession of the land.

Rawalpindi: Justice Rauf Ahmed Sheikh of Lahore High Court (LHC) Rawalpindi bench on Wednesday directed the ministry of defence to either vacate or compensate the original owners for the land encroached by the Inter Services Intelligence (ISI) near Shamsabad.

He ordered the respondents, secretary defence and military estate office (MEO), to act upon the court orders by March 1 otherwise he would summon the defence secretary.

Justice Sheikh passed these orders while hearing the petition of Zahoor Ahmed and Maqsood Ahmed who claimed that the military authorities had encroached upon their over three Kanals of land adjacent to the Shamsabad cricket stadium.

According to petitioners’ counsel advocate Ibadur Rehman Lodhi, ISI had encroached the land worth Rs50 million of his clients in early 1980s for defence purposes but later established Panorama Shopping Centre on the land adding the shopping centre is being run by the ISI officials who look after administrative and financial matters of the shopping centre.

He said though ISI was not made respondent to the petition but it filed an application before the court and requested to make it party to the case.

Sardar Tariq Anis standing counsel for federation told the court that MEO had paid an amount of Rs160 million to land acquisition collector (LCA) and a sum of Rs130 million had been disbursed among the affected owners.

He said after the disbursement of the money the petitioners raised the issue.

He, however, said the ISI officials admitted the claim of petitioners and requested the ministry of defence to arrange funds in order to compensate the land owners.

Barrister Masroor Shah, former CDA legal advisor, told Dawn that after the Supreme Court orders it was binding upon the respondents to settle the dispute in accordance with the directions of the apex court.

According to him, a government department could not use the public property for making profit and cited a case in which the House of Lords took notice of local area authority of London when it started purchasing land in order to sale them on higher prices and undid the action of the authority.

Barrister Shah said now the ISI had only two options, either to compensate the owners or de-acquire their land which would enable the actual owner to get possession of the land.