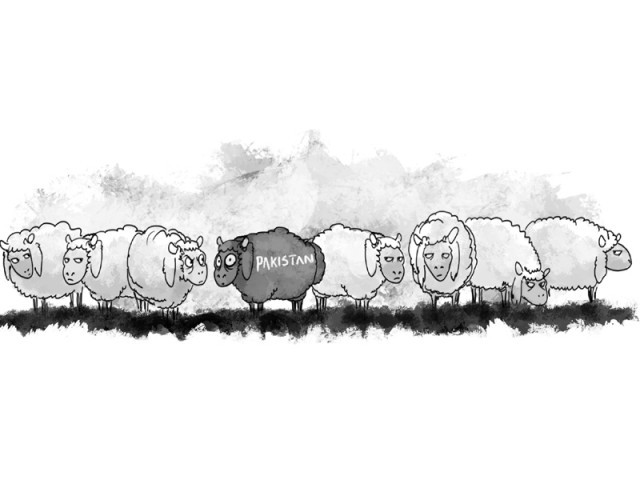 DUBAI: “Ali, why doesn’t Pakistan get any good press? There must be something good happening in Pakistan? After all, it’s a nation of 175 million!” This was the theme of a discussion with a senior colleague after a transaction involving Pakistan offering very competitive pricing and a sovereign guarantee from the state was rejected by risk averse people in my institution.

While rejecting the transaction, it seemed that Pakistan was being charge-sheeted as a country plagued by “corruption” and “bad governance” and “politically instable” and not on the merits of repayment of the funds to be borrowed.

All indicators like Debt-to-GDP, Current Account surplus, value increase in exports despite of an energy crisis etc were being ignored. Why would it not be? After all, a web search leads to all ills being pointed towards these elements. Why wouldn’t it be? It is easy to allege and difficult to prove. Our media generally portrays the most negative image of Pakistan which is then picked by international agencies and syndicated endlessly.

Because of the perception Pakistan has, foreign investment has literally come to a halt. Foreign investment in Pakistan stood at a dismal $388 million in the first half of the current fiscal. It really hurts when sitting in the capital markets, we see corporates raising more money than this on a single transaction! How can we improve investment flows? A case in point, all through November 2011 till the third week of January 2012, which is almost one quarter of a year, we wasted our time on a “scandal” in which we have lost more than gained!

Pakistan is a country that defies all expectations and deadlines of doom and gloom. It was in 1994 that for the first time I read that Pakistan will cease to exist by 2006. Since then the dates have been renewed, yet Pakistan continues to move, albeit with a lot of hiccups.

2011 was a lost year for our economy and no one stakeholder can be held responsible for our loss. We must acknowledge that we are living in a global slowdown wherein the crisis has moved from the corporate level to the states’ level. Asset qualities and performance have deteriorated over the last three years or so and if predictions are to be considered, 2012 is not going to be much better.

If one was to look at the facts and figures, 2011 was not a bad year for Pakistan. During 2011, Exports stood at $26.37 billion growing 23% compared to 2010 while the Imports stood at $38.69 billion growing by 18% from a year earlier. Result was that balance of trade grew at a slower rate of 8%. Home remittances stood at USD 12.23 billion up by 27% compared to a year earlier. During the year, a most important policy decision was taken by the State Bank, which was the reduction in discount rate from 14% bringing it down to 11.5%. Inflation remained high, but under control, which allowed for the monetary policy to be loosened.

The most critical area to worry about is the growing debt used mainly to plug fiscal deficits than be deployed for development and lack of investments coming our way. Even if one looks at the investments that came into Pakistan in the period until 2006, it was in the form of privatisation proceeds. After the annulment of the Pakistan Steel Mills privatisation by the Supreme Court, the once sought after privatisation programme of the country has been stalled. This has had a trickledown effect as the Capital Markets activity has also slowed down and FDI in ventures that create capacity in the country which can help in taming inflation in the long run is down to lowest levels. From FDI flows of $5.14 billion in FY2007, we attracted $1.63 billion only in FY2011, which is a reduction of 68%!

While it is easy to lambast the incumbent government for the performance, what should worry all is that after new elections take place either in 2012 or early 2013, how will any new government take up these challenges? Ask anyone how they will do it and the answer is that corruption will be reduced and good governance will be brought in! These are the kind of responses you would expect from a leading question which cannot be backed by either facts or with a roadmap. It is most important for political parties and other actors in the scheme of things to realise the importance of sitting down together and deciding on policies that can be continued in the medium to long term.

A UAE based investment banker who can be contacted at ali.wahab@tribune.com.pk

Click here to post a comment
Stand Up for the Prime Minister – by Amna Piracha
Pakistan Democracy Review: Did PPP implement its vision of Roti, Kapra, Makan? – by Raja Asad Abbas