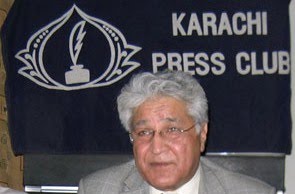 I was always weak in mathematics. Numbers were never my forte and hence, I remained a not so bright student. Work wise, I play with numbers and like analyzing them. I wonder, if I had a better grip on elementary maths, maybe, I would have been more strong academically.

Pakistan’s apex investigative journalist, Ansar Abbasi has leased the front page of his newspapers, Jang and The News on a priority basis. I am in awe of him that whether he “reports”, “opines” or “speculates”, he gets a certain space on the front page of Jang and The News. He has a set pattern that there is a sensational caption, includes recycled opinions which are not provable and in order to give his report-opinion-speculation credence, includes point of view of experts. If it is a legal matter, expect Saeed uz Zaman Siddiqui or Wajihuddin Ahmed to opine (Am I in contempt that I haven’t referred to these two as justices). If it is a matter of elections, Kunwar Dilshad is there. On economy, he has found an able expert in the form of Shahid Hasan Siddiqui but no one beats his rapport with Syed Adil Gilani of Transparency International Pakistan.

With all the respect given by Ansar Abbasi to Adil Gilani, Adil Gilani gives him an exclusive insight on his upcoming reports or thought processes and this time using mathematics to make their case. 5th February, 2012 is no no less. The News has reported on a front page story “Rs 8,500 bn corruption mars Gilani tenure: Transparency while in Jang a verbatim translation comes out as “Wazeer-e-Azam Gilani ka 4 sala krupt tareen daur, Rs 8500 arab kee krupshion hui – Transparency International”.

The “report” itself deviates from the caption in the very first paragraph to include tax evasion and bad governance in the four years of the current government that has caused a loss of Rs. 8.5 trillion or USD 94 billion according to the Ansar Abbasi – Adil Gilani duo.

Adil Gilani thunders to say that “He believes that Pakistan does not need even a single penny from the outside world if it ffectively
checks the menace of corruption and ensures good governance”. From an analyst looking at facts, Adil Gilani becomes a champion of national ghiarat as well.

According to Adil Gilani, he has unearthed Rs. 2.76 trillion worth of corruption cases in the last four years. In order to get to his
magical figure of Rs. 8.5 trillion, Adil-Ansar have used Shaukat Tareen’s claim just before he resigned as Finance Minister that FBR has an annual corruption of Rs. 500 billion every year. So multiply 500 billion x 4 years, we get another Rs. 2 trillion. Then he has also added the bail outs given to various State Owned Enterprises like PSO, PIA, Pakistan Steel, Railways, SSGC, SNGP plus the headlines we heard from Public Accounts Committee and Auditor General of Pakistan etc, they are able to add another Rs. 1.5 trillion to the figures.

But in order to get to the Rs. 8.5 trillion, an excellent comparison has been done by the Ansar-Adil duo. They have mentioned that India’s Tax to GDP ratio is 18% while Pakistan’s 9% only. If we were not corrupt and were getting 18% like India was, that is Rs. 1.4 trillion as well.

In order to give their point of view even more weight, they have used the cabinet ministers allegations against each other as a reason to lambast the government. Who were those cabinet members – Azam Swati against Hamid Saeed Kazmi; Faisal Saleh Hayat against Raja Pervez Ashraf when Faisal was not a minister and now Shah Mahmood Qureshi and Sardar Assef after they have left the PPP and resigned. I wonder if these are weighty points!

One has to appreciate Ansar Abbasi for his reports full of hatred and contempt towards elected governments. “Krupshion and bad governance” have been rallying points for anti-PPP journalists always, but the way Ansar Abbasi does it along with his pal Kamran Khan, is just unbelievable.

On the other hand, Adil Gilani is for sure an angel or one of those aided by angels. Out of nowhere, his son, Sohrab Adil Gilani was made a member of board of directors of Pakistan National Shipping Corporation and when it was feared that Adil Gilani’s blackmail will be caught red handed, Sohrab resigned from the position Off course, this is not bad governance and krupshion. It was ill judgment on part of Ports and Shipping ministry to wake up one day and appoint Adil Gilani’s son as a member of board of directors!.