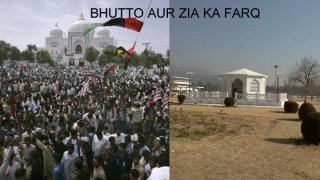 Tariq Ali is speaking about his play, The Leopard and the Fox commissioned initially by the BBC. The play dealt with the relationship between Pakistan’s former dictator, General Zia-ul-Haq, and former Prime Minister (and Benazir’s father) Zulfikar Ali Bhutto. In the play, Tariq wrote about the direct US involvement in ZAB’s execution who had earlier been warned by Henry Kissinger that he will be made an example of unless he ceased his provocations of the US. Zia was seen by Bhutto as a meek and obsequious figure, and hence the latter promoted him over many others to become the chief-of-staff. In the end, Bhutto, who despite his failures remained an immensely popular figure, was hanged by Zia. The courageous Leopard (Bhutto) was outsmarted by the wily Fox (Zia). Benazir essentially inherited the father’s legacy.

BBC, back then, got cold feet at the mention of US complicity, and asked Tariq to drop any mention of it. Tariq refused, and hence the play was scrapped. Channel 4 showed interest, but they did not have the resources. This year, the book was finally republished in India.

I read your comments over at Phil’s. It is a pity really the BBC interview of Tariq Ali is in Urdu only.

How about giving us central points?

First off, m.idrees, thanks for posting this. I found this interview very interesting.

I can try to give the central points.

Apparently, the BBC editor-in-chief asked Tariq Ali for the scripts, which Tariq provided. But then he got no response from the BBC for a long time. It turns out that the British Foreign Office told the BBC to be careful when broadcasting such material, as it might affect their cozy relationship with Zia-ul-Haq’s military regime in Pakistan.

The BBC suggested that Tariq Ali truncate those parts of the play which referred to US complicity in Zulfiqar Ali Bhutto’s hanging. Tariq Ali refused to go along with this censorship.

Tariq Ali then describes how the Indian publisher visited his home recently, saw the script for the play, and agreed to publish it. This publisher will also attach to the book the text of correspondence between Tariq Ali and the lawyers of the BBC, on the pros and cons of broadcasting the play back in the 80s.

The host then asks Tariq Ali why the issue of Zia’s regime hanging Bhutto is so important/relevant in Pakistan.
Tariq explains that post-1971, ZAB held immense power in the country, with the working masses firlmy lined up behind him. With this power, ZAB could have achieved much social progress in Pakistan, even bring about revolutionary changes.

ZAB didn’t achieve all these desired changes, but he still won the confidence of Pakistan’s working-masses. They knew that with him in power, they could not be exploited as brutally as before.

For his popularity as well as his mistakes, ZAB holds immense importance in Pakistani political history.

According to Tariq Ali, one of ZAB’s mistakes was to appoint Zia-ul-Haq as the Chief of Army Staff, over and above more senior generals. ZAB wrongly assumed that Zia was a quite and un-ambitious general

But actually, Zia had been trained at Fort Bragg in the United States.
When he had been posted in Jordan, he gained notoriety for his vicious military effort against the Palestinian resistance guerrillas during the brutal crackdown in Black September.

So basically, Tariq Ali is pointing out that Zia had a background of being a reactionary, pro-imperialist swine. 😛

The host then asks Tariq Ali why the Pakistani working masses didn’t rise up against Zia’s regime when it tried to hang ZAB. After all, wasn’t he so popular among them?

And furthermore, Tariq points out the fact that ZAB did not (or could not) carry out the policies which initially won him so much popularity with the masses. So perhaps they didn’t feel that they had enough to lose, and hence they didn’t feel the need to risk their necks for him.

Tariq also says that some generals in Zia’s military regime offered Bhutto a chance to leave the country safely, instead of being tried in a rigged court and hanged.

According to Tariq, ZAB refused this offer and insisted that his place was in his country, with his people, to the very end.

And so, ZAB (the leopard) proved brave, but Zia (the fox) proved more cunning and deceitful…

I think it is also worth pointing out that due to the Feudal nature of Power in Pakistan ( brilliantly explained by Dalrymple), of which despite some populist reforms Bhutto was very much a central peg, have disempowered the local Populace to a fait accompli degree.

As of this moment Flour and Sugar , as well as electricity are in such short reply that the lot of the common man is to get up in the morning; get through the day and try repeat the process the next day requires all the capacity that one has.

The other factor is that there is no Middle Class as such , there is either the super rich or the poor ( and very poor).

Challenges to the elite are usually from the Middle Class asserting its rights to extract more gains from the elite ( from Revolutionary France ( which was actually a dispute between the new estate and the old royal order )to Todays South Korea ( where every right they enjoy today has had to be earned by rioting in the streets).

Though a great Man , i think to Lionise Bhutto the elder is to fall into the trap that Galloway has gotten into of making a secular super-hero out of a feudal landlord.Tariq Ali should be a little more careful than Galloway , as he knows the History better than outsiders , but i rather think that Tariq is tripping over his own ideology. 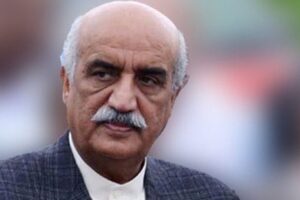