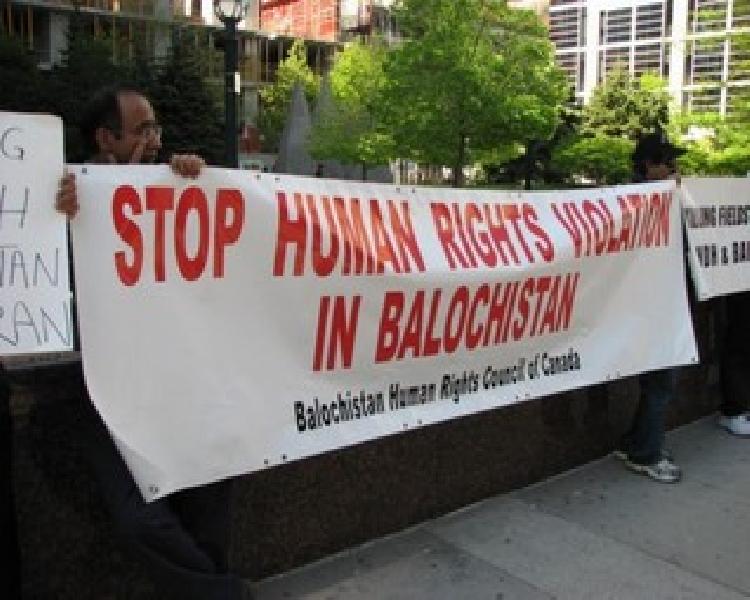 Shame on you GHQ. In the name of ‘National Interest’ you have always acted as an imperialist force. Right from the day of partition your vultures are devouring our resources. The Bengalis resisted your colonialism and in return your forces cut them down ruthlessly.

The brave people of Baluchistan have been rightly trying to throw this yoke of subjugation for years. Your biased and merciless attitude of exploitation has forced them to start an arms struggle. You abduct and torture innocent Baloch because they are ‘anti-state elements’ for you. Well, why can’t you disappear the terrorists beasts of Lashkar e Jhangvi and Sipah e Sahaba who have slayed countless innocent Hazaras in Baluchistan? I know, you can’t touch them as they belong to Punjab; a province that is your main recruiting hub.

GHQ, listen to these words of Sardar Mengal,

Now I would like to inform my ‘Ghairatmund’ countrymen that the people of Pakistan are more important for me then Pakistan. Baloch are my countrymen and if my own Army oppresses them then I see no reason but to resist this injustice. Before screaming in the defense Palestinians and Kashmiris (who have genuine grievances) I must raise my voice for my Baloch brethren. I can only expect useless ‘apologies’ from civilian leaders. They lick GHQ to perpetuate their rule. They announce worthless packages.

Moreover, my fellow countrymen spout songs in praise of criminal syndicates like Taliban who are again a cesarean child of GHQ. Hey Pakistanis, where are the rallies for the missing Baloch? Are they not properly human enough to be supported and backed?

I have not experienced any oppression or discrimination yet my heart goes out for those whose loved ones have been massacred by terrorist Taliban and its daddy GHQ.

In case of Baluchistan, Pakistan is Israel and the Province is Palestine.