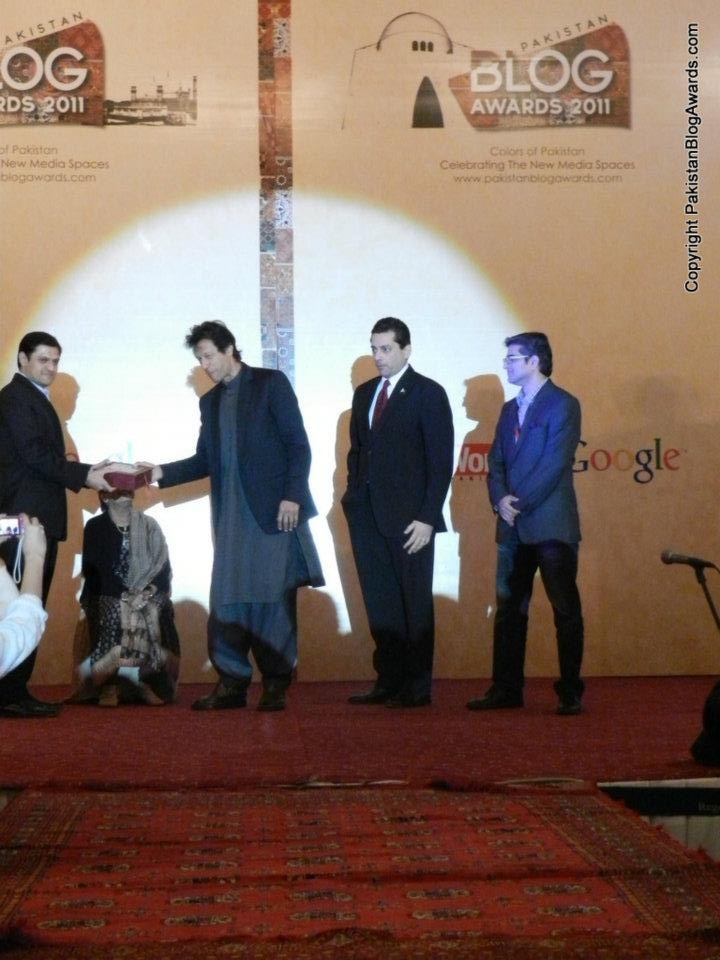 Related posts: Social Media Summit in Karachi which never was!

Aisha Aijaz and Saad Khan’s My Bit for Ahmadi Phobia

I had registered myself as a guest, not as a nominee, in the Pakistan Blog Awards (PBA), obviously not expecting an award. The following is an attempt to offer an unbiased commentary on the PBA based on my personal observations.

When I reached at the venue (Regent Plaza hotel, Karachi), I began to recognize some ‘famous’ tweeps and bloggers as I saw them. I saw them again in the highlights of the first Pakistan Blog Awards they showed, I also noticed the host on the stage mentioned them unnecessarily a couple of times.

The event kicked off with a recitation and performance of 4 group of kids up on the stage to represent each province’s culture to which nobody seemed to be interested in. Punjabi, Sindhi, Pushto songs were played and traditional dance performed whereas an Urdu song was played to perform on the Balochi culture, to me which was very disappointing but not surprising. This all appeared to be a tokenism tactic when majority of mainstream media as well as blogs continuously ignore the ongoing mass murders of the Balochs, Pashtuns and Shias by the Deep State and proxies. As a sign of protest, I did not stand up when Pakistan’s national anthem was played at the end of the PBA.

I didn’t check on the nominees’ list but most of the bloggers receiving award were announced to be from Karachi except a couple from other cities.

As the event continued, the host announced a surprise appearance and requested a standing ovation for Imran Khan (Chairman Pakistan Tehrik-e-Insaf) who was greeted with immense applause by most of those present in the hall. Khan was accompanied by Arif Alvi (General Secretary PTI) and his son Awab Alvi (of a pro-PTI blog Teeth Maestro) around him.

Imran Khan came up on the stage and after thanking the organizers requested everyone to make his PTI Jalsa on 25 December 2011 a success, which was very unexpected and not the right place to make such requests. It made at least some people around me very uncomfortable, being a guest he wasn’t supposed to lobby for his party but of course the organizers did not seem much perturbed. Khan appeared only for a while, Abid Beli received an award from him for making National Anthem world record successful. Imran Khan after receiving an award himself for his presence, walked out and the clearly biased awards started again.

I personally believe the awards for bloggers don’t make a difference in most people’s work/blog. The real achievement is what difference they make in other people’s lives.

However, if such awards are to take place, there must be at least a few criteria to ensure objectivity and transparency, which are:

Obviously, the Pakistan Blog Awards did not meet many of the above criteria, which compromised the overall quality and objectivity of the whole exercise.

Last but not least, the event could have been carried out in modest manner rather than such haughtiness.

Here’s an alternative list of noteworthy blogs which are making non-mainstream contributions to Pakistani society, culture and politics but were, not surprisingly, absent from the PBA event. I am intentionally omitting LUBP from the following list for the sake of objectivity:

In fact, after receiving his award at the ceremony, one of the blog award recipients Mr. Ali Chishthi recorded his dissenting note on Twitter:

“Thanks everyone who voted for my blog. It won the “best political coverage” at #PBA. As a protest to the fake and unjust #PBA – I am returning back my award. There was no transparency at the Blogs Awards. no transparency / no-one knew the judges; enough of this ‘noora khusti’ and cheapness apart from monopoly of the few on social media. Are Google, PC-World, Telenor, Dell supporting #PTI and Imran Khan too? Badar Khusnood should be ashamed at bringing and escorting Imran Khan to #PBA. He represented Google and used his position to help #PTI.This was not #Pakistan Blog Award but a #Karachi Blog Award or PTI Blog Award.” 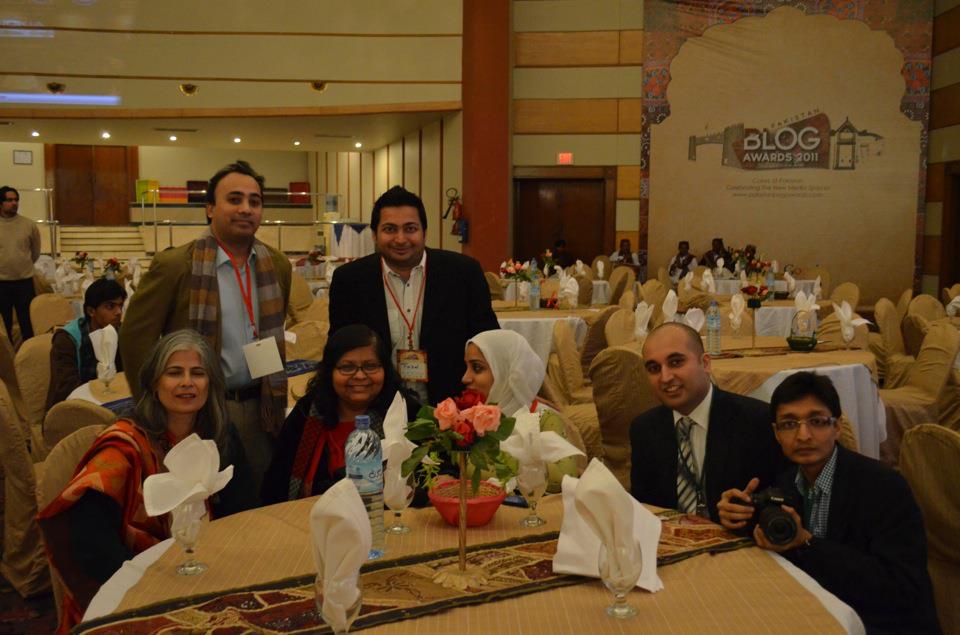 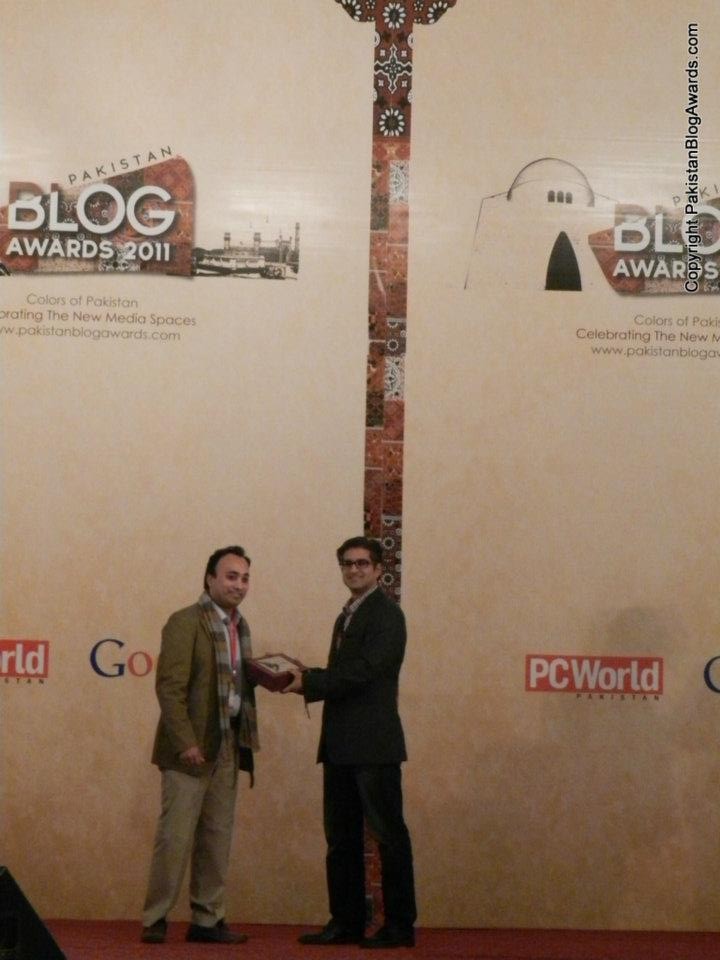 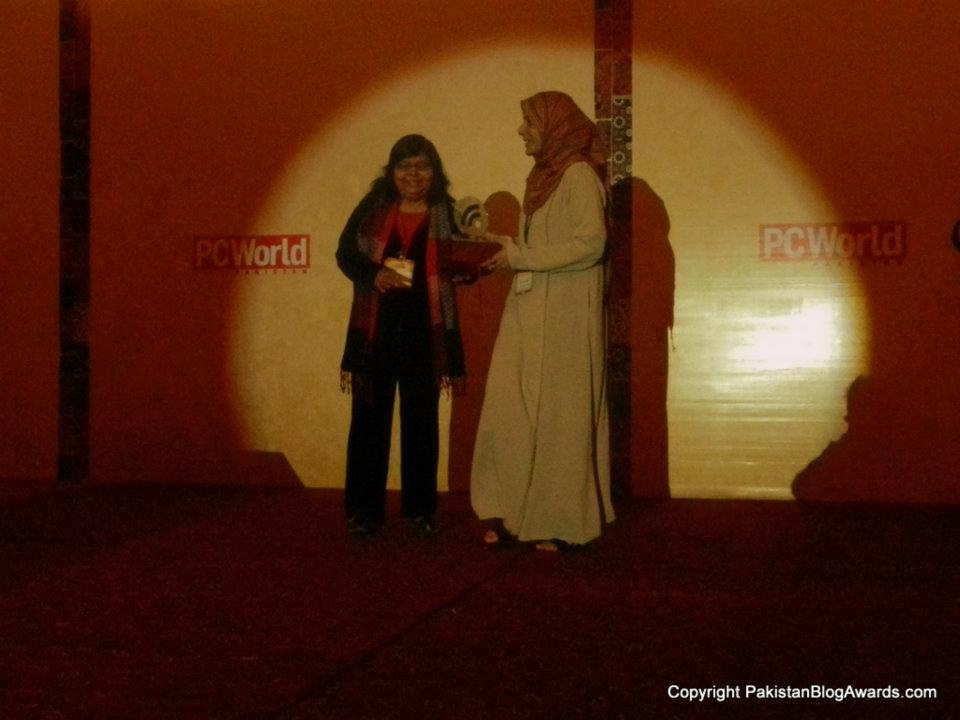 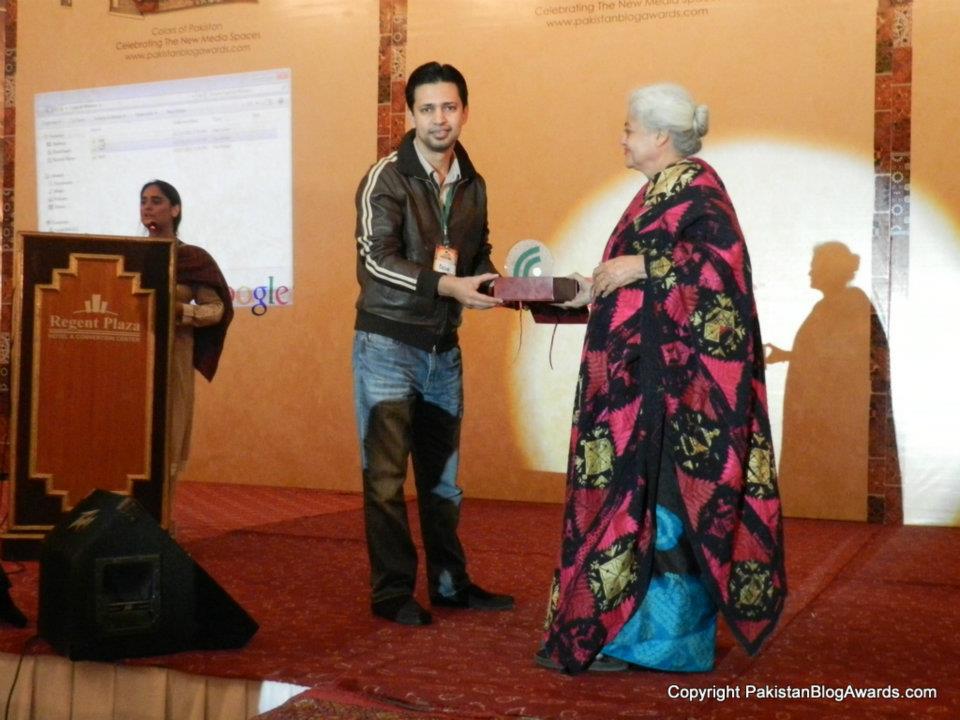 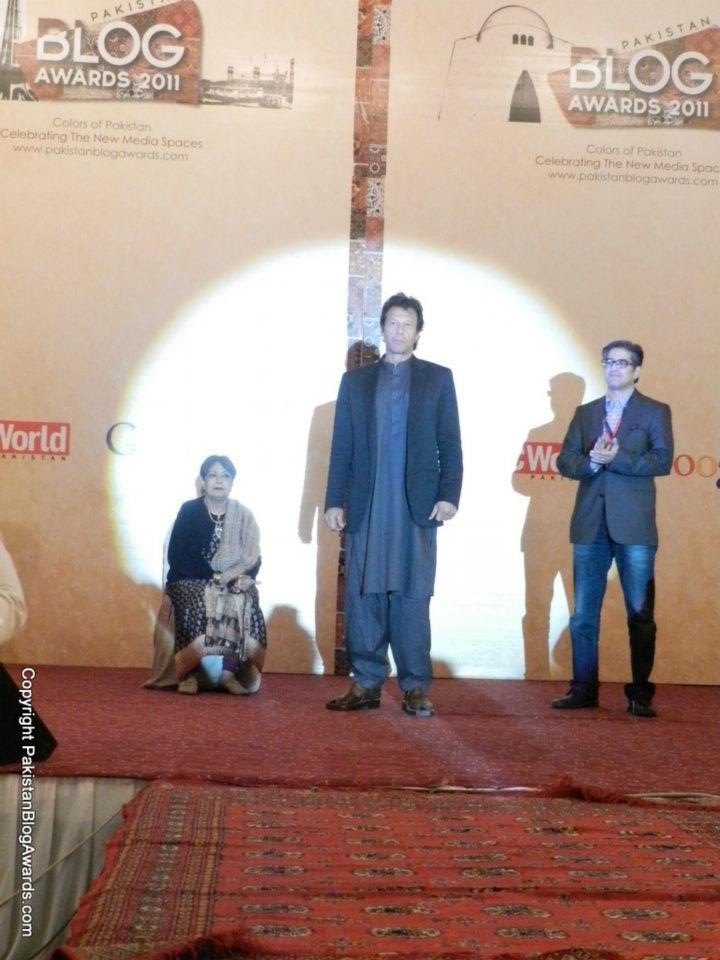 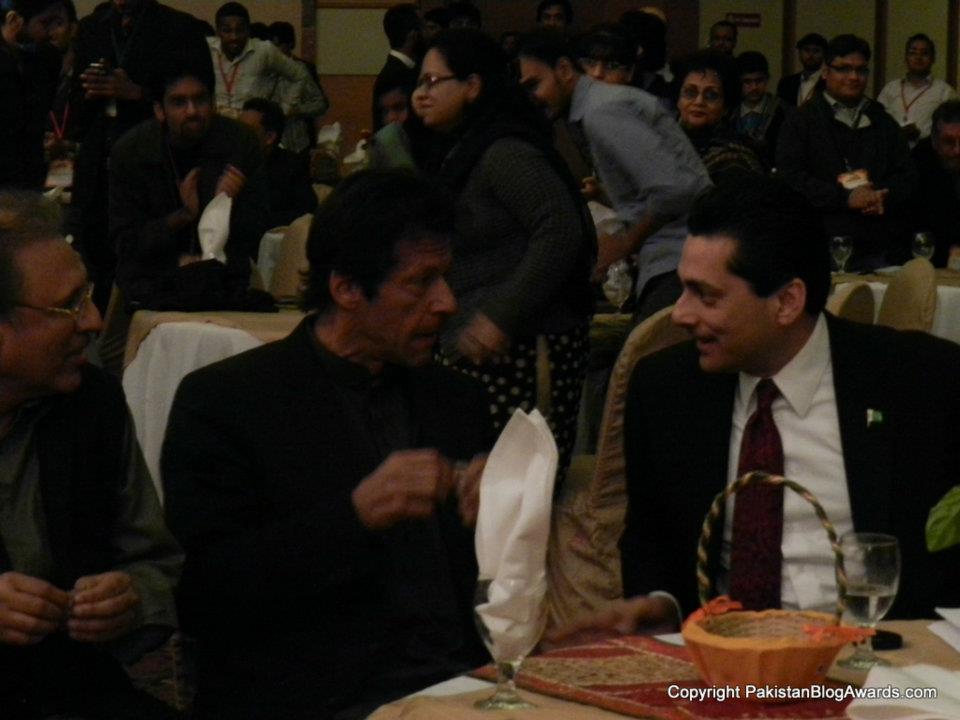 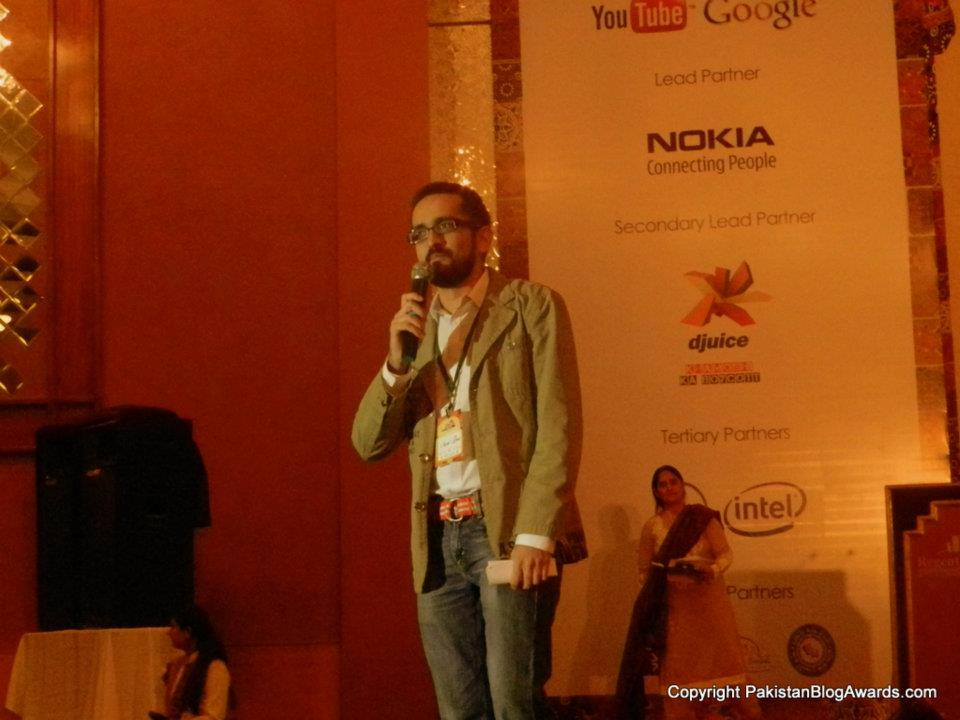 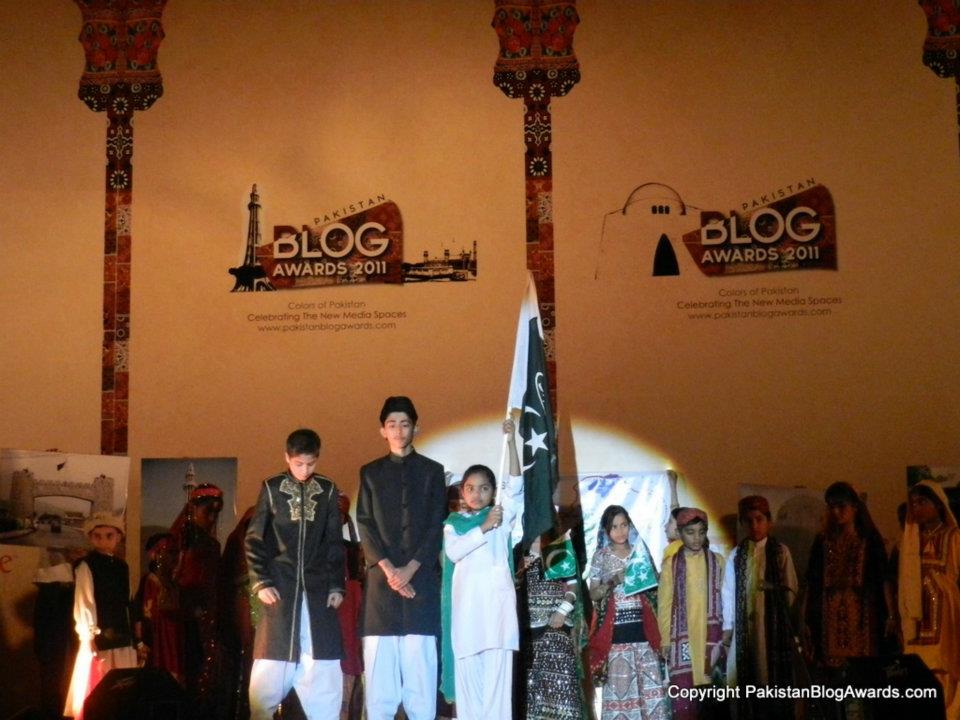