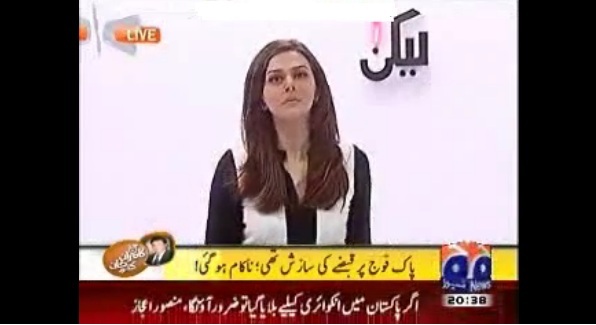 There’s been a startling moment in Pakistan’s foreign policy – a moment that not only crystallizes what this country is about but demonstrates the pitfalls of irregular combat in the age of terror. The moment was tragic and deliberate – a Nato air strike that left 24 Pakistani soldiers dead on a Pakistani base called Salala. Our time with the US has since been reset. America’s just beginning to see Pakistan’s newer tougher face but is it because we have understood the value of life? Not so.

Ten years and 45,000 deaths after it began, the war on terror still commands support at home and backing from abroad – mainly from the Obama administration. However, with rising scepticism on a national level and Pakistan’s questionable policy on drones, its sovereignty and aid, we find ourselves in the middle of a vigorous debate about where our country is headed. About time I’d say. The US war in Afghanistan has deeply affected Pakistan. Mere centimetres away from becoming a failed state itself, Pakistan is trying to disentangle itself from a failed war by raising a new slogan: ‘Give Peace A Chance.’

In other words, the Pakistan government will talk to the Taliban – those who wage jihad against their own people because they’re miffed at the US. I wonder what that means. Will we engage with them on an ideological level? Explaining why killing innocent Pakistanis in mosques, shops and schools is immoral – or will we plead with them to spare us? I don’t quite remember how we got it into our heads that jihad was inextricably linked to violence. Might it have something to do with the actual history and practices of the Taliban? Let’s face it: until and unless we abandon the false narrative of “jihad” as the necessary defence of a desperate land beleaguered by bad guys, we will be in serious danger.

Think the only danger for Pakistan is along its border with Afghanistan? Wrong. There’s a longstanding calamity that is waiting to erupt. If it does, the resulting conflict stands to be more devastating than Pakistan has ever known. The clock for this crisis started ticking in 1970. Balochistan: Pakistan’s aggrieved province. Pakistan’s forty percent where often dead, seldom alive; predominantly mutilated and bullet-riddled bodies of Baloch citizens resurface so frequently that its considered quite usual. What isn’t normal however is that no one wants to talk about it. There are no in-camera briefings within parliament to curb the crisis.

DG ISI doesn’t offer his resignation on not being able to detect ‘outside influence’ that leaves so many of his own people dead. The president doesn’t issue a statement on how he will tackle the extensive and lengthening grievances of the province. Senior journalists don’t burn the midnight oil investigating the reasons behind such atrocities. No man, known for his publicity stunts abroad, writes in the Financial Times to unveil the conspiracy – whether hatched in the presidency or elsewhere. Moreover, ambassadors are not summoned to Pakistan’s foreign office and asked for their opinion on how to view Balochistan. Instead, over a few cups of tea and an elaborate lunch, Pakistan’s future in another country is discussed. How to view Afghanistan is the question. Balochistan. Who cares? How’s that for priority?

Speaking of priorities, it seems that Pakistan’s myriad problems ranging from inflation, to lack of law and order have suddenly taken a back seat. There is only one problem that has Pakistan’s democracy and autocracy at loggerheads – Memogate.

Bless Mansoor Ijaz for being the one to distract this nation from real concerns. It started off with Husain Haqqani ‘dictating’ a memorandum that was delivered to the US government through Mansoor Ijaz, to save the democratic government from a potential army coup. It was later discovered that the military establishment was already rounding up Saudi support for a potential regime change. The debate – instead of focusing on Pakistan’s fledgling democracy and the risk it faces from its own military – has shifted to whether Mr Mansoor’s word will hold true against the new revelations made by General James Jones.

No one is really concerned why Nawaz Sharif moved the Supreme Court on the issue, or whether ordering Husain Haqqani to be put on the ECL before even hearing him out was fair or not. Clearly, even when faced with the most important of issues, we usually keep ourselves occupied with the stupidest ones. Whether this will set the stage for the ouster of this government remains to be seen, but no one is addressing who could want the government out. If the memorandum was indeed penned to woo the admiral for the sake of democracy, why is there no word of support from the democratists in the government? Was the military planning on overthrowing the government or not? If the boys in uniform decide to remain mum – as is expected – why is the government silent? If indeed there was fear that this government was going to be sent off packing, why not say it. It’s now or never.

But even Memogate had its moment of rest. Pakistani actress Veena Malik posed on the cover of an Indian magazine in all her glory, sporting an “ISI” tattoo on her left arm. The Pakistani media was on the story pronto. From the proverbial mullah to the interior minister – it seemed everyone wanted to comment on this obscenity. Before we knew it, Veena’s act was pronounced un-Islamic – ‘100 lashes’ was one proscribed punishment while other respectable nationals filed a petition in court to revoke Veena’s nationality. If a woman who wilfully sheds her clothes needs an Islamic awakening, then what do women and young girls throughout Pakistan who are forced into doing the same deserve? In Fata, women IDPs were forced to have sex in return for a handful of rice. Meanwhile, in Sindh more than 300 women fell prey to karo-kari last year. Not a word from the religious or the “ghairatmand” of Pakistan. Women all over Pakistan are subjected to sexual abuse and our national integrity remains in place. Moreover, an active and thriving blue cinema industry in the country and regular visits to porn sites makes us a proud nation.

I don’t know whether to laugh or cry when Pakistanis defend honour by burying it six feet under. We want our sovereignty to be respected but don’t mind harbouring foreign terrorists. We want rule of law but we don’t hold accountable the people charged with upholding it. We want democracy but we cut dictators more slack. We want honesty but will pick and choose our own truth. Maybe then, we deserve what we get.