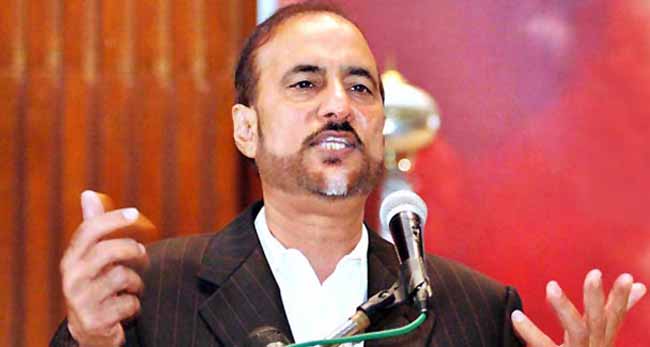 Addressing at a press briefing on Friday, Babar slammed PML (N) chief and former Prime Minister Nawaz Sharif for moving the Supreme Court of Pakistan in memogate case. He accused Nawaz Sharif of toppling Benazir governments in the past and was unable to bear the burden of heavy mandate in 1999. Awan said that Nawaz was uneasy with the Parliament and wanted to strangle it to death.

He said that the December 16 is the day of Bangladesh’s creation and the same day another application has been moved in the court, referring to Ishaq Dar and Khuwaja Asif who filed applications in the SC.

He said those conspiring against democracy should listen that decision regarding change of government would be made by ballot and not by bullet. Awan said it was collective responsibility of all stakeholders to restore people’s trust in the ballot.

Awan said that the country could not be run without democracy. He said that President Zardari would soon return Pakistan and would also resume his office.

The PPP leader said Fall of Dhaka should be celebrated as a day of resistance against dictatorship & all will go if system derails.

LAHORE: PPP leader Babar Awan warned on Friday that the “rope around the neck of the parliament was being tightened” and blamed opposition leader Nawaz Sharif for doing so. Awan, a former law minister, is seen to be close to President Zardari.

Addressing a press conference in Lahore, Awan said that those behind this conspiracy have done so four times in the past too and warned that these forces were active once again.

Speaking at the residence of PPP Leader of Opposition in the Punjab Assembly, Raja Riaz, Awan slammed Nawaz Sharif for moving the Supreme Court in the Memogate case. He also indirectly criticised the role of the judiciary in this regard.

Awan seemed to convey that Sharif and the judiciary have formed a nexus against the present democratic set-up. He called them the political “Tara Masih” of Pakistan. It may be recalled that Tara Masih was one the country’s most famous hangmen, who also led Zulfikar Ali Bhutto to the gallows.

Awan assured reporters that despite the conspiracy against the present government, it would complete its tenure, “come what may.”
Awan told reporters that Nawaz Sharif had earlier hatched conspiracies against the late Benazir Bhutto and helped topple her government twice. He added that the older generation of non-political leaders who took root in 1985, were now using the new generation as front men in the Memogate issue, citing the role he claimed was being played by Khawaja Asif, the son of former politician Khawaja Safder.

Awan said that Nawaz Sharif had joined forces with those who strangled democracy in Pakistan. He noted that on the unfortunate anniversary of December 16, the day when Pakistani forces surrendered to the Indians, another application had been moved in court which was a conspiracy against democracy. He referred to Ishaq Dar and Khawaja Asif who filed applications in the Supreme Court pleading to include three others in the Memogate hearings.

Awan said the constitution clearly stated the powers and limitations of every institution. He also warned the courts indirectly not to strangle democracy. “We should all support democracy which was established with the help of the ballot not the bullet.”