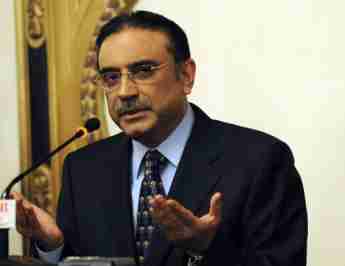 It seems like the Memogate scandal, if there was any, is losing steam quickly. Conflicting statements from “Pakistani Nizad Amreeki Businessman” Mansoor Ijaz,  which sway between the much liked “Get-Zardari” to no so liked “Damn-ISI” chants,  are making the Memogate scandal as an anti-climax (I didn’t say non-starter, as ghairat brigade, Supreme Court and the military lovers have already started the ball rolling).

After PML-N jumped the gun behind the Supreme Court’s shield, we saw a yet another humiliation for the apex court of Pakistan. Their blue-eyed, Tariq Khosa refused to head the commission for fear of ridicule. It seems surreal that now no one wants to head the commission. Maybe the CJ himself will head the “independent” commission to investigate the Memogate scandal.

It may be noted that the PML-N had very openly wanted the set up to be dissolved before the senate 2012 elections as they do not want to see the PPP in a very strong position. They have another thing to worry about is that Imran Khan is trying to encroach upon the space of  PML-N. it seems that:

On the other hand PTI wants:

The Military and Media are in a difficult situation I feel. The Military knows that if they remove the government through a coup, they will be without any support in the international realm and that a very vocal media, locally and internationally, will not allow it any space. They have previously leapt on the opportunities presented by Soviet Invasion of Afghanistan (Zia) and 9-11 (Musharraf) to elongate their rule. Will there be another global event that will allow for the military to gain some importance is a multimillion dollar question.

The media is in a perplexing situation. They have previously played a dirty role in removal of two MBB governments and also their activism against Musharraf in 2007 paved the way for an all out attack against him. On the other hand, they continued to feel like Kingmakers and thought of removing the PPP government using the same pretexts of “krupshion, bad governance and incompetence”. As written by Abbas Zaidi in his article in Daily Times dated Saturday, December 10, 2011,

“The point is: what will happen if Zardari quits politics and goes into retirement? What will happen to hundreds of journalists, thousands of politicians and their various flunkies, and millions of Pakistanis? Zardari has spawned an entire genre of yellow journalism. He has never sued, jailed, or harmed anyone for levelling the basest and meanest allegations at him. Thus, in a way, he has encouraged the journalistic industry, which lives off his ‘misdeeds’.”

The point is that if the current government is sacked before the scheduled completion of its term, the media will be allowed to live another day. Imagine how Kamran Khan, Shaheen Sehbai, Ansar Abbasi, Shahid Masood, Talat Hussain, Hamid Mir, Mohamed Mallick will be treated once this government completes its term! A liar becomes a truthful person if his lies are seen action upon.

Coming back to the topic, President Zardari is ill. He is after all a human being who suffers day-in and day-out at the hands of almost all the parties mentioned above. So is it not possible that his health is affected? He was tortured in jail. He is called names. He is called “krupt” and even called a murderer of his great wife. But the only things he retaliates with is in Garhi Khuda Bux like “Siyasi Adakar” and “Molvi Nawaz Sharif” that give his opponents the need for prickly heat powder!

What I can see is that the focus from Memogate is coming off because the Judiciary is unable to find a commission head, a person like Asma Jahangir is appearing for a respondent and that the President is ill. There are also reports that Mansoor Ijaz has claimed that the most intelligent person of Pakistan, Gen. Shuja Pasha was moving in Arab states seeking approval for a coup post OBL operation. In essence, the pursuit of national sovereignty will lead to opening of a Pandora box that a number of people cannot comprehend. Also Mansoor Ijaz can be unreliable for any party!

In the last two days, we have seen focus come back on “krupshion” and hukmaranon kee ayyashian by Jang Group while another campaign that is going to pick up steam is to remove President Zardari on the pretext of his being unwell. Today a report in Jang has been published titled “Fauji karwai ka khadsha, Zardari 5 raat say nahee soye thay, Baaz aala shakhsiat kay khilaf ghussa” or “anticipating military action, Zardari was sleepless for five nights, angered at high officials”. The report through sources indicating a meeting with Maulana Fazlur Rehman points that President was mentally unstable and that he was saying bad words towards the high officials likely to be Most Courageous Man in Rawalpindi, Most Intelligent Man of Pakistan in Abpara and Most Just Man of Pakistan on Constitution Avenue. The PML-N, which increasingly likes to use the Supreme Court for its frontal attacks on the government has announced its intentions for removal of the President on Health Grounds! What they will do is approach the Supreme Court which will demand for dates to be given as to when the President will be back in office.

Again in a parliamentary issue, the Supreme Court will be involved and an unnecessary storm in a teacup will be created. Whether they will succeed, it is questionable but one thing is for sure, as a Jiyala, I pray for the president’s recovery and hope to see him speak and take on his and democracy’s opponents at Shaheed MBB’s 4th Death Anniversary on 27th December in Garhi Khuda Bux.