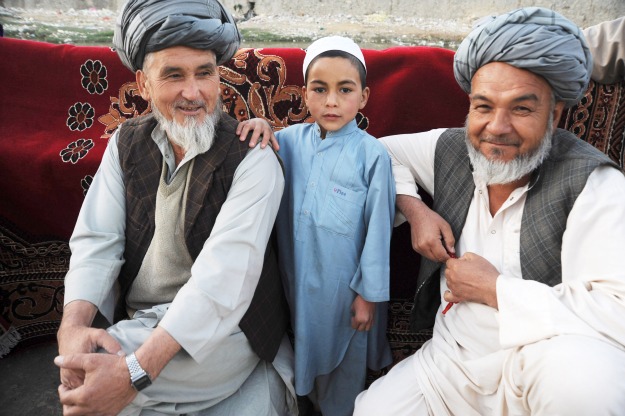 After 10 years of war and reconstruction, and as tens of thousands of international troops and aid workers in Afghanistan gear up to spend yet another holiday season a long way from the comforts of home, a lot of people are wondering: Was it worth it? Certainly Dec. 5’s international conference in Bonn, Germany, on the future of Afghanistan was a subdued affair — boycotted by Pakistan after NATO aircraft killed 24 troops on its border and rapidly overshadowed by a rare act of sectarian violence in Kabul (against Afghan Shiites) that killed 59 people. Expectations were considerably below the high hopes of the first Bonn conference 10 years ago on building a post-Taliban Afghanistan. Then, in 2001, the talk was of making the country a haven of peace and prosperity after 30 years of war. Last week, it was the hope of good-enough government over a stable-enough country.

Nonetheless, the answer to “was it worth it” is yes. For all the waste, corruption, and death, Afghanistan is a much better place to live than it was 10 years ago, and the international community can take a considerable part of the credit for that.

First, the country remains considerably more peaceful and united than it has been for most of the past 40 years. The 1990s saw battle deaths in Afghanistan average around 9,000 a year, according to World Bank data. From 2003 to 2008, though, despite an uptick of violence in the last few years, that average was down to below 3,000 deaths. Yes, negotiations with the Taliban have foundered since the September assassination of the government’s chief negotiator, Burhanuddin Rabbani. Still, militant attacks were down by more than a quarter in the three months to September this year over the same period last year. Asia Foundation polling suggests people feel more secure, support for the government is up, and more than two-thirds of the country reports no sympathy for the Taliban.

The economy is also in better shape than it was 10 years ago. According to World Bank data, GDP per capita climbed from $569 to $879 between 2002 and 2008, a rate of growth that suggests average incomes might have doubled over the course of the decade since the fall of the Taliban. The World Bank suggests that as the troops leave and aid flows diminish, GDP growth rates may slow from around 9 percent to 5 or 6 percent. Nonetheless, rising average incomes suggest at least some Afghans are living life a little further away from absolute destitution. One positive sign: 71 percent of Afghan households have a mobile phone.

World Bank data and the recent Afghanistan Mortality Survey suggest heartening progress in quality of life over the past decade as well. Not least, adult mortality has been declining both because of reduced violence and improved conditions for good health. Death rates among men ages 15 to 59 has approximately halved over the last 10 years. For men and boys together, war and other violence now account for about the same number of deaths as drownings and traffic accidents combined. War-related injuries kill about as many males as die from diabetes-related complications and one-quarter the number who die from infections and parasitic disease. Additionally, deaths from infectious diseases have also been declining, not least because the proportion of the population (some 48 percent) with access to clean water more than doubled between 2000 and 2008.

Furthermore, female adult mortality declined by about one-third over the past decade — not least thanks to improved maternal health. The risk that a woman could die from pregnancy- or childbirth-related causes has fallen by one-third since 2000, though it is still at a shockingly high level that kills almost one in 10 adult women. Once more, that is in part thanks to expanded availability and use of health services. The percentage of women of childbearing age using contraceptives climbed from 5 to 20 percent between 2000 and 2010, and the percentage of births attended by skilled personnel more than doubled.

Moreover, the percentage of women seeking medical care and advice for their newborns increased from 16 to 60 percent between 2003 and 2010. Meanwhile, immunization rates against measles climbed from 35 percent of 2-year-olds in 2000 to 76 percent by 2009. Partly as a result, under-5 mortality fell from nearly 11 percent of kids dying before their fifth birthday to around 8 percent over the past 10 years. Combined with rapidly dropping birth rates, this suggests the chance that a parent will go through the pain of watching one of his or her children die before age 5 has declined from a likelihood of roughly three in five to around one in three.

Beyond improved access to health care and education, women in particular have been able to play a far greater role in public life: 27 percent of seats in the lower house of parliament are now held by women. Government initiatives including the National Solidarity Programme, which channels resources to projects building roads, schools, electricity networks, latrines, and other infrastructure across the country, have ensured that women have a voice in financing decisions at the local level by mandating gender balance on the councils that select projects. One more sign of changing attitudes about women: In 2010, only 4 percent of 15-19 year-olds reported they were first married by age 15. That compares with one-fifth of women now between 25 and 29 who were first married at 15 — they would have reached that age under Taliban rule.

It would be ridiculous to deny a role for the international community in supporting this dramatic revival in the fortunes of a benighted country. At the same time, it would be as ridiculous to suggest that the cost has been anything but high — far higher than it needed to be. Leave aside the incalculable cost of lives lost and look only at the monetary expense: There has been fraud and waste on a colossal scale. Even the successful programs carry a high price tag. The National Solidarity Programme, for example, has raised the proportion of villagers who report improvements in their economic conditions by 5 percentage points — but at a cost of $200 per household, estimates Justin Sandefur, my colleague at the Center for Global Development. That’s a reason to think of alternative approaches to foster peace and development, like cash transfers conditional on declining violence, and to keep on pushing for institutional reform alongside more transparent leadership.

Doubtless, the cost of sustaining progress will remain considerable. The Afghan government suggests it might need as much as $10 billion in aid each year over the coming years — about $300 per person in the country each year. It is a huge sum. But in the context of a war that currently costs the United States alone about $10 billion a month, it is worth it. The substantial investment the international community has already made sustains a quality of life and a semblance of peace in a country that is in far better shape today than it has been for decades — if not ever before. Let’s not abandon such hard-won gains now.