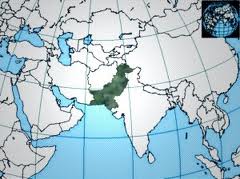 On May 2nd U.S. special forces entered deep inside Pakistan’s territory, effectively killing world’s most wanted terrorist, and leaving undetected. This raid by some is considered a breach of Pakistan’s national sovereignty. Although there are arguments which suggest that Pakistan’s sovereignty has already been compromised by the presence of Osama Bin Laden, banned organizations, and wanted terrorists. Making it a fair game for international forces to chase them inside Pakistan.

Also it is only considered a breach of sovereignty when there is a “use of force against the territorial integrity or political independence of any state,” according to the United Nations Charter. As far as the U.S. raid(s) in Pakistan are concerned, none of them were for the purpose of overthrow of Pakistan’s government, or to change Pakistan’s territorial borders.

If examined deeper, sovereignty seems to be a vague issue. Especially in today’s world it’s really a subjective and almost non existent argument. With rapidly growing influence of globalization in our societies and international treaties that are meant to eradicate borders and national sovereignty for greater global good, the importance of sovereignty has been replaced by the importance of peace and prosperity.

So when it comes to global world and greater interests no nation is truly sovereign. As we become increasingly globalized our interests are highly intertwined, we become highly dependent on one another. Each nation is no longer an independent sovereign nation, but rather a citizen of a global world. Being a global citizen comes with rights and responsibilities of citizenship. Some of which include protecting the environment that is shared by everyone and helping to keep the world safer and free of terrorism.

Organizations like United Nations, World Bank, World Trade Organization, International Monetary Fund, and treaties like NAFTA, EU, and Euro Zones are all a part of this decreasing national sovereignty and increasing interdependence. These treaties and contracts amongst nations are formed mainly to integrate their economies, but also to have regional and global political security and a deterrence against war.

When countries group together like the European Union, they not only integrate their economies but also enhance their political weight in the world. Many Europeans believed that after World War II the European nation-states were no longer large enough to hold their own world markets and world politics. There was a need for a united Europe to deal with the United States and the Soviet Union. Hence a union was formed, which not only became a world’s largest economic giant, but also a political power, and a prosperous war free region.

With the recent financial crises, unions like Euro Zone are looking towards more integration and less sovereignty, rather than independence and individuality. They are heading towards becoming a fiscal union rather than merely a monetary one. This sort of action would make them equivalent to the U.S. model.

As a member of United Nations Pakistan has also given up its sovereignty to the rules, regulations, and the decisions of the UN’s body. Pakistan as a member of UN has to comply with United Nation’s charter and follow its guidance on laws, especially when it relates to human rights issues. Hence Pakistan’s sovereignty doesn’t fully exist the way it’s thought to be by some commentators in Pakistan.

Same is true for Pakistan under the International Monetary Fund’s guidelines and World Trade Organization’s restrictions. Pakistan does not have the freedom to implement any sort of fiscal and monetary policy that isn’t approved by those organizations. This also puts restrictions on what Pakistan trades and how it trades with other nations.

These are the issues Pakistan needs to analyze further as a nation. Whether they want to live as an isolated nation or join the ranks of many in becoming a truly global country. This would mean toning down the rhetoric on sovereignty and becoming integrated in the global economies and politics.