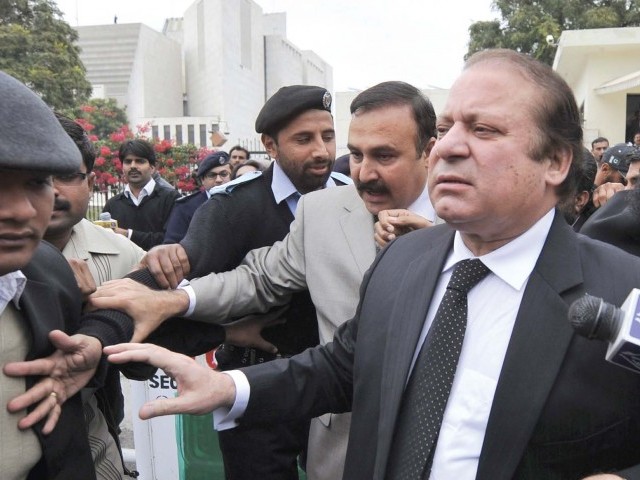 1. Mian Nawaz Sharif and other petitioners in the Memo case have said that they have not accused anyone, but have merely requested the court for an inquiry.

2. That they have not accused anyone is understandable on two counts.

a. There is no acceptable evidence against anyone. The only fact is that an American businessman has written a letter to a retiring American general. The importance of the letter was so low that the general even did not remember having received or read it. Everything else in the matter falls in the realm of mere conjecture, which has been denied and condemned by respondents in the strongest terms.

b. Under the Constitution it is only the Federal Government that can file a case under article 6 of the constitution.

3. The legal minds in the PML (N) having advised Mian Sahib that there was no case, what then was the politics behind the massive disinformation and defamation campaign in the media launched by PML (N)?

4. The stand that they had gone to the Supreme Court to get an inquiry conducted while a multi party parliamentary committee was already conducting an inquiry is nothing but an attempt to undermine the Parliament and democracy. The right wing of Pakistani Politics is continuing its policies of trying to politicize the Judiciary and unfortunately the present Judiciary does not see the need to correct this unfortunate perception.

5. In a clear departure from the provision of article 184 (3) of the constitution Honourable Supreme Court has chosen to take up a matter in which the fundamental Rights of no one have been effected. The actual position on ground is that the Court has considered it proper to curtail the fundamental rights of movement of a citizen without even hearing him out.

6. It is also perhaps the only occasion in our judicial history where undue haste has been shown and the Honourable Court has chosen to pass orders without even hearing the respondents, thus bypassing the provisions of article 10(A) of the Constitution. Respected Justice Fakharuddin G. Ibrahim (who refused to take oath on PCO and resigned his position in clear contrast with some sitting Judges) has said on a TV channel, that he would have issued notice to the respondents to appear the next day and heard them out before making up his mind and passing any order.

7. It cannot be ignored that Ex-ambassador Mr. Hussain Haqqani has publicly denied any involvement or knowledge of the said memo. A precedent already existed whereby Mr. Nawaz Sharif and Mr. Shahbaz Sharif had approached the American Administration directly to save their government from Army takeover during and after the Kargil episode. God forbid, even if the American administration was to be approached there would not have been a memo to start with the recipient would not be a retiring general and the channel would not be that of a businessman of highly questionable integrity.

8. It also cannot be ignored that Ambassador Haqqani had returned to the Country to present himself before any inquiry in the matter. The defamation campaign being run in the media was repeatedly mentioning that his name should be placed on ECL. Mr. Haqqani had enough opportunity to leave the country if he wanted to. He chose to stay and to clear his name.

9. Thus the orders of the Honourable Supreme Court to put the his name on ECL without hearing him did not change anything on ground as he had himself opted to be in his country and face allegations against him irrespective of any court orders. Unfortunately, the orders to put his name on ECL have not only cast aspersions on his genuine intentions, they regretfully further reinforces the public perception of a politicized Judiciary and that is something which is far more damaging.