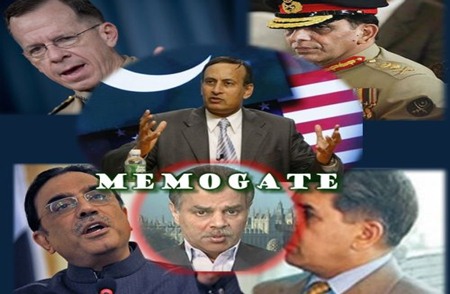 Samurai who refuse to learn

Before anything else, the first order of national business should be a ban on the teaching of history. For this is a country with no use for history. We have been going around in circles for the last 60 years and seem destined to move in circles forever. “Frightful thing!” said Hugo, “…an incurable destiny!”

Anyone can have a heart condition. There is nothing special about that. But there is something special about the speculation and frenzy surrounding President Asif Zardari’s heart condition, if it is truly that, and his leaving for Dubai and checking into a hospital. Conspiracy experts, of whom there is no shortage here, are placing this squarely in the context of the ongoing saga dubbed by the commentariat as Memogate.

Confused messages from the government about the president’s departure haven’t helped matters, but this is a secondary issue. The main issue is something more sinister: working overtime to convert an absurdity into a national crisis; and the army and ISI treating the testimony of a known Pakistan-basher as the gospel truth.

Mansoor Ijaz’s memo may have been a serious indictment of the army and may have sought US help to bridle the high command and preempt a coup. But did anyone take it seriously? Certainly not Admiral Mike Mullen who barely remembered receiving it. Ah, but our man in Washington, and President Zardari’s confidant, Husain Haqqani, had a hand in shaping it, a circumstance borne out by the transcript of his BBM exchanges with Mansoor Ijaz. But action has been taken against him. He is no longer our man in Washington.

In most other countries this would be considered enough of a sacrificial offering. Not in Pakistan where, the evidence suggests, the memo is being used for a larger political purpose: bringing down the Zardari presidency and initiating some vague form of change – vague because even the most enthusiastic cheerleaders, and we have a list to choose from, don’t seem too sure about what exactly they want.

Getting rid of Zardari is what unites them. But what comes after? At this point vagueness sets in. This has always been the Pakistani way. We have known what to bring down or destroy: sometimes democracy, sometimes Zulfikar Ali Bhutto, sometimes Benazir Bhutto, occasionally Nawaz Sharif. We have been less clear about the alternatives.

Gen Jim Jones, Obama’s former national security adviser who took Ijaz’s memo to Mullen, has said something harsh about Pakistan, that this was a country bent on self-destruction. Enough in our history tends to support this judgement. We pay India a compliment by saying it wants to destroy us. Often it seems we are self-sufficient in this respect.

There is enough material on record to show the lengths to which, over a period of time, Mansoor Ijaz has gone to malign the Pakistan Army and ISI. There is no shortage of elements in Washington who consider the Pakistan Army a ‘rogue’ army. Ijaz has been of this fraternity. Yet, the Pakistani establishment – for which read the army command and its advanced school of ideology, the ISI – is relying on his word to make out a case against Zardari.

Let’s not delude ourselves. Memogate is not about endangered national security. It was never endangered. Predator missiles were not about to hit the GHQ or our nuclear installations. Memogate is about Zardari, the establishment’s bête noire from day one.

In a TV interview Ijaz has called Zardari a “naïve buffoon”. The memo has over-smartness written all over it. This should rule out any input from a naïve buffoon. Ijaz and Haqqani are of a kind and deserve each other. But Pakistan’s leading school of national ideology has its own way of measuring things. Haqqani, once in the ISI’s good books (long time ago), is the prime villain in this affair and Ijaz the star witness.

A concerted effort is also afoot to lend credence to another Mansoor Ijaz claim: that Zardari and Haqqani could have known of the May 2 assault on Sheikh Osama bin Laden’s Abbottabad hideout. He doesn’t say that there is anything factual to prove this, but that his analysis – some analysis – leads him to this conclusion. No shortage of pundits who are treating this claim seriously. Obama shared the secret with Haqqani who then passed it on to Zardari. Even the gods would be hard put to decide whether to laugh or cry.

But as knives are out, and the flavour of the season is treason and Article Six of the Constitution, the thing most in demand is for heads to roll. The latest target is Wajid Shamsul Hasan, our man in London, who is being taken to task for saying that Pakistan knew about Osama’s hideout and had cooperated with the US assault.

Enraged patriots forget that when the assault took place and our army was caught with its pants down, and we were being hard put to explain what Osama bin Laden had been doing all this time in the shadow of PMA Kakul, about the smartest thing to say was that, no, we weren’t caught unawares, we knew what was afoot.

This was the government’s first reaction and PM Gilani was smart enough to even congratulate the Americans. But this was before the army command, red in the face, swept into the act and raised the banner of violated sovereignty. Osama bin Laden hadn’t violated our sovereignty but the Americans had. When it comes to selective patriotism there is no one to beat us.

The line I plugged the first day on television was precisely the line the government had taken…that there was no way the Americans could have come to Abbottabad without our knowledge and cooperation. It was only when evening came that the truth sunk in that we had truly been had. By then the civilians had been driven into a corner and the army had taken over, and it was a sight not for pretty eyes, so palpable was the army’s confusion.

Even so, Osama’s Abbottabad discovery should have been an occasion for profound self-introspection. How did we get ourselves into this mess? But we turned all our anger on the Americans.

The delayed reaction to the embarrassment and humiliation of May 2 is Memogate, another exercise in extended irony. No one has been made to answer for the multiple failures of Abbottabad: the failure to detect the Sheikh’s presence on our soil; the failure to detect the incoming American helicopters as, in the silence of that moonless night, they came skimming over our mountains. But for a piece of paper with shared input from two outstanding charlatans the knives are out for another luckless head of a civilian dispensation.

Whatever revisionist twist the PPP may now give to the events of ‘99, it rejoiced when Nawaz Sharif was overthrown, and only changed its stance when Musharraf did not take it as a sleeping partner. Today the PML-N, forgetting the history of its own sorrows, is being too clever by half, thinking it is acting as an instrument of national rejuvenation. Pity our delusions. It is paving the way for the fulfillment of other ambitions.

In the run-up to Oct ‘99, the Grand Democratic Alliance put together by Nawabzada Nasrullah Khan raised the cry that Pakistan and Nawaz Sharif could not co-exist together. The coup de grace was administered, as always, by Pakistan’s highest court of constitutional authority, 111 Brigade. But the atmosphere was made conducive by Pakistan’s leading democrats. In our case certainly, the road to hell is paved with the noblest intentions.

In 1988 President Ghulam Ishaq Khan and Gen Aslam Beg acted on the principle that Pakistan and Benazir Bhutto could not coexist together. In 1977 the parties of the PNA were prepared to go to any lengths to get rid of Bhutto. Today the same mantra revolves around the person of President Zardari: with him around Pakistan’s survival is at stake.

We go around in circles and refuse to learn. Perhaps we deserve our fate.