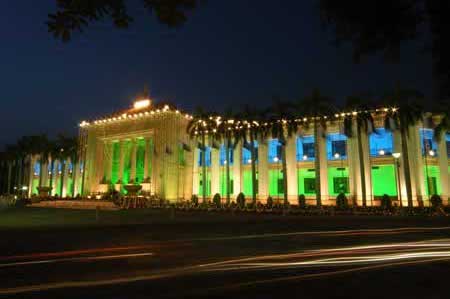 Diary of a typical PTI suporter

Woke up early in the morning at 8.30 am. Had pancakes and coffee for breakfast. Drove to the university. Used internet to solve surprise quiz in class. After all, it’s fair to do so, it’s not Corruption. Only Politicians do corruption. Was also helped by a class-mate. Socialism is cool, until practiced during exams. Hung out with my group after that. Discussed inqalab and the latest episode of Heroes and Breaking Bad. Reminisced about Strings performance at The Jalsa. Came home and slept till 6 o clock. Got up, checked facebook statuses on my iPad. Removed people from friends list who had criticized ‘Chairman’ today. Flagged the “Aalu Anday” video as Inappropriate.

Stalked a few female class fellows. Later, checked latest news via twitter. Was pleased to know that Chairman had formed a committee to vet all our party candidates. Exchanged furious tweets with some anti-Chairman, anti-revolution people. Switched the TV on but turned off after channel surfing. I don’t understand why this liberal fascist media doesn’t understand that “Chairman” is not pro-Taliban and is not being backed by the Brave Khaakis. That meeting with Pasha was just for congratulating him on Afridi’s performance. Can’t wait for 2013 when Kaptaan and our party will sweep the elections and we can show the pessimists that Inqalab is Possible. We will talk to the Taliban, cut off all relations with the big evil Amrika and may be; just maybe we will be able to convince other Muslim countries and Cheen to form a combined state, our Khilafat. Ham dekhain gay, lazim hai kay ham bhi dekhain gay. Talked to some girls on phone. Ate some chicken bread and dozed off.

Diary of a typical PPP Worker

Woke up early in the morning at 6 am. Asked wife to prepare lunch box while I sipped tea. Walked for half an hour to reach bus stop where factory bus picked me up. Shift started at 8.30 am. Around 10 am, a co-worker got his arm injured due to some machine malfunction. He was not even provided first aid. We decided to stop work and protest in front of manager’s office. After all, we have that right because Bhutto Shaheed made labour laws for us. Shift In charge finally called 1122 and our co-worker was taken to the hospital. Manager announced that half our today’s pay will be cut because we are not allowed to protest.

Now I will have to pay my daughter’s fee from the Income Support Program. I wish I had gone to Dubai when the party was sending people in droves. At the very least I could have gotten a better job. If Mirza can get sugar mills from the party, I should have gotten a departmental store if not anything else. The party has gone to the dogs now. My shift ended at 5 pm. Reached home at 7 pm. Dinner consisted of same saalan that I had for lunch. Watched PTV news at 9 pm. Talked to my daughter. She wants to become doctor. I will have to start a part-time job next year to afford her fee. Jiye Bhutto and good night.

Diary of a typical N-league suporter.

Woke up early in the morning at 8.30 am. Took a light breakfast of desi ghee paratha and 4 omelets. Reached my shop at 9.45 am. Watched repeat telecast of last nights’ talk show. I cannot understand why the TV walas invite these godless secular-liberal types to their programs. They are the scum of earth. Just wish musharraf had not conspired against Mian sb, he would have been Amir ul Momineen by now and we would have eliminated the godless numpties. I will advise ameer sahb on upcoming Ijtema to plan a strategy against secularism as well.

They also deserve our tableegh. Maybe my next Seh roza would be to Islamabad. Sale went well till around 1 pm. Then there was load shedding. Why on earth does Zardari not understand our misery and give us electricity. Asked a worker to fetch me lunch from Gourmet at 2 o clock. Shezan is located closer to the shop but you know, we don’t do business with people who claim to be musalman but they are not. Who knows what they mix in their pasteries,cakes,sandwiches or beverages.

Attended a meeting of local trader association at 3 o clock and it was decided unanimously to close our shops for 2 hours from next Jumma till Ghazi Mumtaz Qadri is released. At least our nation is united on that front. Came back to shop and received shipment from abroad. It did not come through legal way but who cares anyway.

A molvi sb came to collect money from the box that is present in my shop and which asks musalmans to donate money for mujahideen. Molvi sb inquired if I was interested in sending my elder son to his madrassa for free education. May god have mercy on him,he is such a gentle soul, he didn’t know my son was already at an expensive english medium school. One of my cousins has a mentally handicapped child,I referred Molvi sb to his shop.

Reached home at 8 pm and had dinner with the family. Watched a pakistani soap drama. Elder son asked me to buy him a mobile or at least a PSP. asked him to wait till my brother comes back from Amrika. Slept while watching a sports channel.