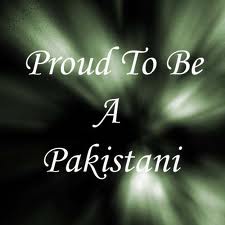 I am member of a society that has turned into a weird society during the last 35 years. Now, I level accusations without checking facts and understanding context of actions, decisions and events.

Spreading and believing in rumours is my habit. Often my judgements and conclusions are based on unauthentic and unsubstantiated claims.

I easily get panicked and trivial issues provoke me. I have a deep sense of insecurity and self-doubt. I am a puritan and judge other people and societies in the light of my belief in utopian behaviour standards. I am unable to critically analyse my self-righteousness.  The morality I uphold forces me to live double life and practice double standards.

I miss no chance to display my cultural and spiritual superiority and arrogantly dismiss other cultures and societies. I believe that my faith offers perfect and final solutions to problems of the entire humanity, yet I am confused and part of a divided society.

I lie and distort. I like to make exaggerated claims to show my importance. I am dramatic and depressed. I always think about life after death. I believe that this life is temporary but I love to accumulate wealth. I am greedy and dishonest and can do anything for money and power.

I don’t enjoy life. I get jealous and angry when I see others having fun. Entertainment embarrasses me and I feel guilt when I enjoy. My attitude to women is very special. I like every woman who I meet. I am romantic and consider sexual relations a sin because I believe in pure love. I don’t understand why men and women in other cultures kiss on lips.

I am amused when I see other people displaying affection in public but I wouldn’t stand it if one of my loved ones, especially females would do so. My women relatives are my honour. I am faithful and committed even though I don’t really understand feelings of my wife or sisters. I have no time for them but I can’t breakup a relationship and can’t move on. As a responsible family man, I have the great ability to kill my feelings and happiness. Most of my life, I have been pleasing God, my family and friends.

A part of me is very kind and honest. I am stupidly brave and unbelievably foolish. Most of my decisions are based on gut feelings and emotions. I act first and think later. When I make a mistake, I say sorry but soon I make the same mistake again.

I am wild and accept violence as normal behaviour. Violent death or killing of human beings does not bother me a lot. I am revengeful and intolerant, too. I want to punish those who disagree with me or have different views and beliefs. However, I can forgive people if they satisfy my ego.

I like power and authority. Showing off my status and prestige is very important for me. Whenever travel abroad, I feel alien and stranger. I consider people of other societies wrong and misguided.

I dislike Westerners but when I meet or see an English speaking White man or woman, a natural grin appears on my face. My eyes shine. I feel I must speak flawless English with perfect Queen’s accent. I am friendly and polite to my English guests. I invite them for drinks and share with them all the information that I have and point out flaws of my society.

I have a friend who is a retired army general. He is patriotic and a very solid Muslim. He hates Hindus and considers Afghanistan and Central Asia as his former colonies. This gentleman runs a housing society; he is a shareholder in a big investment company. He also owns hundreds of acres of agricultural land in the Sindh Province. His other retired colleagues have same number of possessions. Retired generals are managing universities, banks, state organizations and own industries and big businesses. However, they all dislike—bloody civilians.

I also know a serving military general. He is extremely arrogant and rude. He walks as if he is god. He bullies the weak but licks boots of his Chief.

Another friend works for an intelligence agency. He has no respect for law and human life. He sponsors outlaw groups and uses black money for some of his missions.

Another friend of mine is a senior judge of a higher court, he loves his status and authority but he bows to guns and uniform. My judge friend is full of vengeance and is power hungry. He likes special treatment. He accepts favours and expensive gifts be it in form of residential plots or undue promotions for him or his loved ones.

Several members of civil bureaucracy are among my friends. They have steel rods in their necks. One uses 12 official cars and has an army of servants at his villa in Islamabad. This grade 22 civil servant is partner in several business firms and runs a real state company. He and his DMG group bureaucrat friends are part of a network that runs Pakistan. Nothing changes without their consent and approval.

A former police IG lives near my house. He uses police department cars many of those are stolen. Police employees work at his home and he still socializes with criminal gangs.

Head of a famous religious party is from my town. Thirty years ago he was a school teacher now he owns several huge houses and a fleet of four by fours cars. He walks in the shadow of guns. His children are studying abroad and he sends others’ kids for jihad. He always wears white dress but sells and spreads hatred.

A university professor is also my friend. He has a PhD from the United States. He is a professor of physics but teaches Islamic ideology and Islamic history in his classes. When he became vice chancellor he ordered all university staff to grow beards and offer prayers during office time under his leadership. This professor of physics doesn’t believe in science.

I have a doctor friend who got his specialization from the United Kingdom. This gentleman works for a government hospital but advises his patients to come to his private clinic and he recommends his visitors to use the medical laboratory of his clinic. The doctor friend is a very proud Muslim. He considers Britain a corrupt country but every year spends his holidays in London.

One of my friends is a television anchorperson. He hosts news and current affairs show on a popular private TV channel. My friend is extremely self-centered. He has serious psychological problems since his childhood. Actually, he was abused when he was 15 and economic difficulties at home forced him to be abused for a long time. However, his personality disorder has made him a successful anchorperson. On his TV show, he yells, attacks and insults public figures. Perhaps he is taking revenge for what happened to him when he was a teen.

TV has made the man rich and famous. The government has given him a large new apartment. Last month, he performed Hajj at the expenses of the Ministry of Religious Affairs. My TV anchorperson friend is also very conscious about his image. He loves to wear shiny ties but can’t knot them. He puts on expensive imported suits when he talks about the plight of poor Pakistanis. Guests who appear on his TV show play with viewers’ minds by telling half truths and twisted perspectives.

I also know a couple of newspaper columnists and reporters. They got residential plots from different governments. They copy lifestyle of ruling elites and inform their readers how they rub shoulders with the powerful.

And once I asked my milkman if he could provide me 100 percent pure milk for a higher price, he refused. The other day, I was at a meat shop and paid double price for two kilogram of lamb but actually got one kilogram meat and one kilogram water. The water was added to the lamb.

Last month, my washing machine broke down and the technician who repaired it told me that he had installed original parts, a week later I found out that he fixed the machine using old parts. My servant at home fools me everyday when he gives me fake shopping checks.

All of my above mentioned friends and I point fingers at other societies, we look for flaws in them and feel good. However, once in a while for a few minutes, I feel that may be we are bankrupt—economically and politically, socially and culturally, morally and intellectually—but this truth scares me and I go back into my shell and wonder why the world doesn’t follow us and adopt our system and values..!

However, I realize that not all Pakistanis are like me or my friends. We are a tiny minority. A large number of Pakistanis have defeated fears and broken psychological barriers. They are calm, confident and relaxed about their identity and place in the world. They are honest and hardworking. They are optimistic and positive about life. They have balanced minds and scientific approach.

These Pakistanis can speak to world eyeball to eyeball and can compete against anyone in academic, intellectual and scientific endeavours. Indeed they are role models for people of other cultures.  The galaxy of global cultures and communities have embraced millions of such Pakistanis. My friends and I must join the majority of successful Pakistanis who have global and progressive vision.