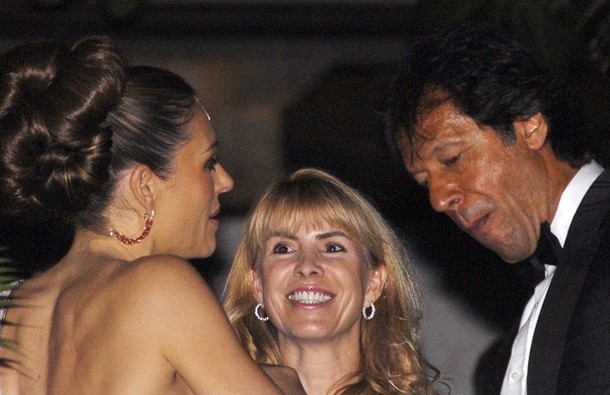 Now I understand the wisdom of promoting veteran Islamo Marxist comrades like Mian Azhar and Shah Mahmood “Ghaznavi” in PTI!  We will sweep the polls and the great muslim patriots of Sipah-e-Sahaba have assured PTI of their vote.

Here is a list of Pakistan’s traitor leaders whose losses will be made up by Hazrat Imran Khan, spiritual son of the greatest Pakistanis like Ayub Khan and Mard-e-Momin Mard-e-Haq, Zia ul Haq, Zia-ul-Haq! Not in the literal sense because they were both macho men and Pakistan is not California but you know what I mean.

Bacha Khan, traitor from NWFP who lost us Afghanistan. This is why only good Pashtuns are the Taliban and not ANP, PPP and PKMP traitors!

Zulfikar Ali Bhutto who lost us Bangladesh and undermined our troops in Rann of Kutch from his RAW-Jiyala force based in Larkana.

Benazir Bhutto who lost us Khalistan.

Zardari who lost us Balochistan and Thar Coal.

My dear brothers and sisters of Punjab, let us raise revolution to claim Pakistan back from the perfidious Sindhis, Sariakis, Balochs, Pishtas, Gilgitis and all the other kurrupt dirty mud people. We need to give more money to our impoverished Pak Fauj because it is corrupt Zardari who is causing inflation in Pakistan by looting away billions of dollars every year from the budget. Because he is looting, his partner in crime, Gilani is printing more notes in a basement in Multan which is causing price hike.

See how PTI fan club gives you all mere mortals a lesson in economics. Talk down, that is the one thing I learned from the award wining video of Hazrat Imran Khan which I have posted here.

We are the great Paak PTI Pakistani Puttar Patriots (PPPPP) who will say no to Amriki dollars for Pakistan. We will ask for aid for SKMT instead so that Hazrat Imran Khan becomes even more popular and wins the elections in India with fellow anti-corruption comrade Hazrat Anna. (Please note, I am not calling a Baniya Hazrat, that is actually her name!).

In concluding, I am posting a link to two more videos of how my fellow patriot anti-imperialist rebels from Lashkar Jhangvi bravely fight against anti-Islam/Pro-American forces.  The two links and the commentary is in this article,  Two exclusive videos of Shia massacre which were blacked out by Pakistani media https://lubpak.net/archives/64548 . Please note how I have used the teachings of Hazrat Imran Khan to reinterpret the events that are being dishonesty portrayed by liberal fascists!

We don’t need no Amreeki dollar, we don’t need no liberal control, Hey Zardari, leave Pakistan alone, All in all he is just a, just another Sindhi liberal from RAW!

(as paraphrased from the kalam of Sahih Bin Falood)