The ever increasing silent Saudi-ization (or Wahhabi-ization) of moderate Muslims in Pakistan, India and elsewhere has had an adverse effect on the culture of plurality, mutual respect and tolerance within the world of Islam. Thanks to the Saudi-Salafi funded preachers(e.g., Zakir Naik, Farhat Hashmi, Taqi Usmani, late Dr. Israr Ahmed, Islam Channel, Peace TV etc), Muslims of the subcontinent have dissociated themselves not only from their non-Muslim neighbours and compatriots (Hindus, Christians, Sikhs etc) but have also developed abhorrence and puritanical sentiments towards moderate Sunnis’ tradition of the Eid-Milad-un-Nabi (birthday of the Prophet) and the joint Sunni and Shia practices of respecting the Ashura of Muharram.

The following blog by Sidra Rizvi is an indication of the fact that the rich cultural tradition of Sunnis and Shias, Muslims and non-Muslims paying respect to Muharram and Imam Hussain’s great sacrifice in Karbala is fast declining in today’s Pakistan, particularly in the upper-middle class Sunni Muslims who seem to be subconsciously affected by the likes of Zakir Naik, Israr Ahmed and Farhat Hashmi. 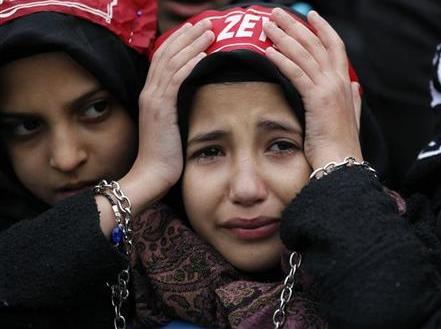 Muharram is your holiday, not mine
I am a Shia Muslim living in a country that offers me no security.While I agree that no one in Pakistan is really safe from the constant terror attacks, the recent acts of sectarian violencewith absolutely no accountability paints a very bleak picture for me.

People, in general, tend to target people who are a little different from them, and this is the sad reality of life. In Pakistan, Shias are no exception. Aside from the obvious threat to their security, there are other things that worry us Shias, and make us contemplate about how open-minded our society really is. Here is my list of things that make my blood boil.

The writing on the wall

The last time I checked, being different was not a crime. Just because some of my beliefs are not identical to the mainstream Islamic ones, doesn’t make my life any less important than yours. What makes it worse is the fact that I am a Muslim too, but I am treated like I’m not. Do you think the attacking graffiti on the walls makes me happy? All those statements labelling Shias as ‘kafirs’ (infidels) and those that state that we are ‘wajib-e-katal’ (someone who should be killed) really sting. I chose to ignore it, however, this doesn’t justify the practice.

Another thing that really bothers me is how people label the 9th and 10th Muharram as ‘holidays’. Stop calling them holidays! Seriously, it offends me significantly. It might be a holiday for you and everyone else, but it is not for me. For me, this day means everything.

You might think it’s a great idea to have a major exam immediately the day after Ashura, because for you, the 9th and 10th of Muharram are two days of absolute nothingness, during which you can easily plan study-dates.  The same doesn’t apply to me. I am not using my beliefs as an excuse to shun my responsibilities, but please, can you be more considerate?

Coming to the constant invitations during Muharram; you want to get engaged, married, or have parties in Muharram, fine, go ahead. I am sincerely very happy for you. Just don’t get all emotional if I do not attend when invited. Muharram for me does not end after the first ten days, contrary to popular belief.

What Islamiat text books say about my beliefs

Not just at a primary level, but in universities too, Islamic studies do not even touch on my beliefs. I have to call Hazrat Ali (AS) a Caliph, but if I dare call him an Imam, my marks are deducted. Why? Did I say something wrong? My religion is Islam too and if my beliefs vary from yours, why should I get less marks than you?

This is my country; I was born here and my father was born here. I have every right to be here just as everyone else does. You think your statements of ‘restricting religious activities of juloos’s (congregation), processions, and majlises will end sectarian violence’ hold even the slightest hint of truth? Weren’t there blasts inside masjids (mosques)? Those weren’t processions – it was just was a group of people praying.

And don’t even get me started on target killings. The massacre in Quetta of Hazaras? The brutal murder of Shias in Parachinar? What do you call that? Why are we being attacked for no reason?

This might sound like a bitter rant to you,  but what do you expect me to do? I have grown up in a society which has no tolerance. The society, my society treats me as an outcast. I have to constantly fear for the lives of my loved ones. Every time someone leaves the house, a ritual of duas (prayers) and ayats (verses) are recited in an effort to keep him or her safe. I completely understand that terrorism in this country has now reached a level that no one is left unaffected. However I firmly believe that minorities are the ones suffering the most. 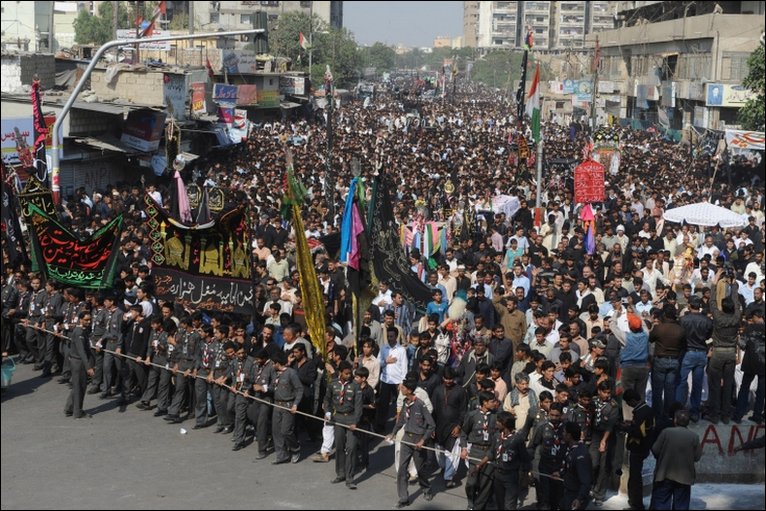