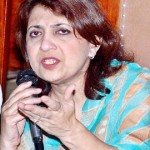 We thought with the resignation of Husain Haqqani, the issue of the memo will die down. It has not! With each day the issue bounces back more forcefully than ever. Is there something more than just meets the eye one wonders? Or are there some who want to keep it alive deliberately. It is obvious that the opposition by filing a petition against the memo aims at settling scores with the ruling party to undermine its writ. The media sees meat in it and continues with its tirade against the government. The intelligentsia insist on the veracity of the memo. The claim behind every voice is to unravel the truth. What is the truth?

Ever since the invasion of Afghanistan by the Soviet forces, Pakistan has remained in the centre of attention of the international media. All kinds of stories with the specific aim of maligning our leadership, be it political or military, were found in the international media, at times impacting our foreign relations, but this story certainly is bizarre.

It started with the publication of an article in the Financial Times, which according to Mansoor Ijaz, the author himself, “if not the most important newspaper, certainly one of the two most important newspapers in the world”. One wonders why the story of a person who is not known for his writings gets prime space to publish something called suggestive than substantive, more aimed at tarnishing the reputation of Pakistan’s premier security apparatus than providing information to its readers. Is it easy for anyone who writes can find himself in the company of op-ed writers of the Financial Times? The question here arises who was behind him in getting him the space. Though the writer claims that he writes editorial pieces every now and then, but one has seen rarely his writings in such a prestigious newspaper.

The writer of the notorious article claims that ‘Asif Ali Zardari, Pakistan’s president, needed to communicate a message to White House national security officials that would by-pass Pakistan’s military and intelligence channels’, and the message was an offer from the president of Pakistan that in return for their help the new national security team will eliminate section S of the ISI responsible for maintaining relations with the Taliban’.

Then he continues his attack with strong invectives of Pakistan’s premier intelligence agency and in three paragraphs he thrashes the ISI and its S-wing and suggest the State Department to declare the S-wing a sponsor of terrorism under the designation of ‘foreign government organisations’. He further says ‘ISI embodies the scourge of radicalism’ and ‘more policies are needed to remove the cancer that ISI and its rogue wings have become on the Pakistani state’. In his article he claims that this memo was delivered on May 10, 2011. Interestingly our media completely ignored this part of the writing and turned a blind eye towards this narrative. All what they remembered was the reference of the president of Pakistan and the Pakistani diplomat.

The diatribe against Pakistan’s premier security apparatus was ignored and not a single word is mentioned. One wonders why? Even the country’s security agencies were overwhelmed by this propaganda and did not pay any heed to this side of the article.

The media forgot to recall that not-so-long-ago an article was published on May 3, 2011 in the Washington Post. It was written by the president, in which he has pleaded the case of our country, and defended the democratic and security system of Pakistan. He wrote: “Some in the US press have suggested that Pakistan lacked vitality in its pursuit of terrorism, or worse yet we were disingenuous and actually protected the terrorists we claimed to be pursuing. Such baseless speculation may make exciting cable news, but it does not reflect fact…Pakistan has never been and will never be the hotbed of fanaticism… Our people, our government, our military, our intelligence agencies are very much united’. He concludes by saying that ‘we have fought bravely and with passion and commitment. Ultimately we will prevail’. The article reflects his point of view, his thinking and his stand on the May 2 incident. He reposes complete trust on the security system of our country.

Let us assume that the president needed to communicate something so sensitive to the military leadership of the US, why would he have used the services of an interlocutor of so ill-repute, who is known for his strong links with the militants and his involvement in shady activities. It has not been forgotten that Daniel Pearl was tipped by the Indian intelligence agencies to get in touch with Mansoor Ijaz for accessing the Jihadi militants. Daniel Pearl was working on the story of Richard Reid, the shoe-bomber and his connection with Jihadi outfits. Mansoor Ijaz introduced him to Khalid Khwaja, what happened as a consequence to this introduction is now history.

His company Crescent Investment Management Company’s list of directors looks like a who-is-who of US establishment. From Lt Gen James Alan Abrahamson to James Woolsey, the former CIA director, his company’s management has always remained close to the powers that be in the United States. He was instrumental in paving the way for the US invasion of Iraq as part of the campaign that Iraq possesses weapons of mass destruction and is working in tandem with al-Qaeda.

He is the same Mansoor Ijaz that urged George W Bush to make funding conditional with Islamabad’s compliance to acceptable nuclear safeguards. Why would the president of Pakistan need the help of such a dubious interlocutor?

This is for the first time in the history that we find a perfect balance of relations between the civil and the military leadership and the president himself is the architect of this balance. It is he himself, who painstakingly built up this relation, why would he destroy it? As being the supreme commander why would he distrust the military leadership? Reason and rationale demands that we should have first believed in our own president and then thrashed Mansoor Ijaz, for his anti-Pakistan vitriolic. Instead a furore was created out of nothing and we conveyed to our adversaries the gullibility of our mindset. We preferred to make a laughing stock of ourselves rather than applying our own mind for the obvious. Short-sighted we are!