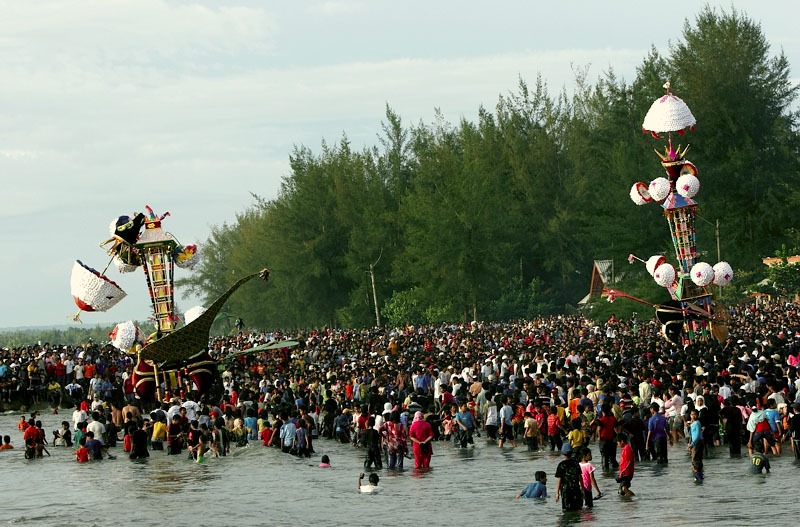 Here’s a map I’ve made by plotting a bunch of Youtube videos of the rites of the Shia Muslim commemoration of Muharram/Ashura. The embedded map below is a bit small and annoying to use, so click on this link for a full page version of the same. Then click on any of the little blue markers and a youtube video will pop up showing you an example of how the Muharram rites are performed in that part of the world.

View Globalization of Muharram Rites in a larger map

The map is far from exhaustive, as there are literally thousands of Muharram videos on Youtube from all over the over the world. I’ve just selected a few that show the wide diversity of the rituals as they have spread around the world.

The map and videos quite neatly reflect the migration and displacement patterns of people from the time of the events of Karbala in 680AD to all corners of the globe today. It also shows something about how rituals and tradition are defined, and then continuously moulded by time and migration.

So, for example, here is one path taken. The rites travelled east from Iraq, across Persia, to North India sometime between 1300 and 1700 AD. Although Shi’ite Muslims claimed ownership of the rites, in India Sunnis and even Hindus were active participants. Somewhere along the way two things became common elements of the rites:

During the days of the British Raj, thousands of Indian indentured labourers travelled to far flung regions of the British Empire, such as Fiji, Mauritius and the Caribbean Islands, taking these rituals with them. In Trinidad, the rites became known as the festival of Hosay, in which not only Sunnis and Hindus participated, but also Afro-Trinidadians. In Trinidad, the Dhol-Tasha drums (referred to as ‘Tassa’) and Tazias (‘Tadja’) can still clearly be seen: (video)

In recent decades there has been considerable migration of people from the Caribbean to North America. So today you can see those same Tasha drums and Tazias at Muharram commemorations in Manhattan: (video)

And in Manhattan you can also see Muharram rites being carried out by migrants from India who did not stop over in the Caribbean, something quite different: (video)

There are a million other things that can be said, but have a look at the videos on the map for yourself and see.

More than 15 million people visited the shrine of Imam Hussein in Karbala, Iraq during Arba’een on 14 January 2012. (For comparison, 2 million people were at the Hajj in 2012.)