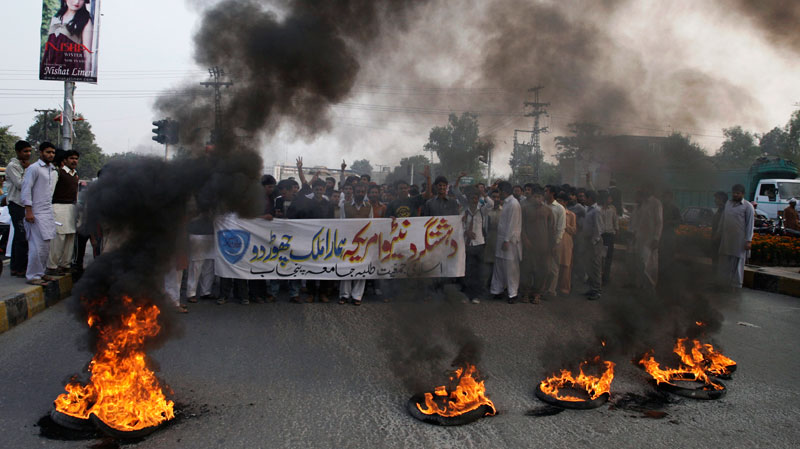 A low-intensity military conflict between Pakistan and the United States is going on in Afghanistan and along the Pak-Afghan border since the U.S. military invasion and occupation of Afghanistan. Both sides have been using proxies and guerrilla war tactics to harm each other’s interests. Nevertheless a large-scale and direct military conflict with the 27-member strong NATO and the United States will be disastrous for Pakistan and its people.

A group of Pakistani generals, politicians and journalists wants to drag Pakistan into a quagmire that can drown the country. Such attitude is immature, reckless and irresponsible. It also shows that many in Pakistan are unable to comprehend the gravity of the situation.

Pakistan definitely needs to come out of  the U.S. led ‘war on terror’. It ought to adopt an independent and balanced foreign policy and should engage in regional alliances but without challenging the United States militarily.

Western powers have invaded Afghanistan not for the wellbeing of the Afghan people or development of Afghanistan. The occupation of Afghanistan is part of the ongoing war to control Eurasian energy sources and transportation routes. Western powers are using Afghanistan as a strategic base to contain Russia and China and slowdown processes of growing economic and political integration in the region, particularly cooperation between Russia, China and Central Asian states.

Even so China and Russia would not engage in direct military conflicts with the United States. Russia and China have stronger armies and both posses more nuclear weapons than Pakistan but Chinese and Russian leaders and media don’t create war hysteria and make claims of bringing America down.

Since the end of the Cold War small-scale wars are a major source of profit for Western corporations. They apply new and innovative means and technologies to wedge and win wars. Big businesses select war zones, create conditions and then lobby politicians and the media to support military adventures. 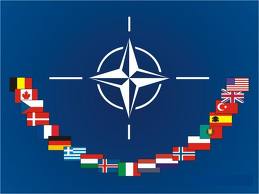 Western powers act as a pack of wolves and attack a selected target. Under this strategy target states are isolated and weakened by multifaceted and concentrated psychological warfare campaigns. International organizations, rights groups, charities and the media are used in such campaigns. This is happening in case of Pakistan, too.

Pakistan is a U.S. ally but anti-American sentiments are really strong in the country therefore neutralizing and weakening of Pakistan could be one of the U.S. goals. Pakistan is already struggling against a domestic insurgency that appears to have foreign sponsors. At a time when Pakistan is in the grip of internal conflicts and crisis a direct military conflict with NATO will further damage the country’s ability to resist foreign pressure and dictation. Also it will be a serious blow to Pakistan’s economy and infrastructure.

The country is already discredited internationally due to the foolish policies and actions of its ruling elites. The military controls Pakistan’s foreign and domestic policies and promotes ridiculous security concepts because of which the country is perceived as a problem state by nations in the East and the West.

Most Western media outlets caricature Pakistan as a society of paranoid, intolerant and deceitful people; of course it is an inaccurate description but it has been created with purpose, however, Pakistan has not been able to dispel such impression about its national identity and character. Some non-Western countries also do not trust Pakistan as a reliable and stable state.

Foreign policy and international relations require calm, cold and objective analysis and well-thought through strategies. Even in the so-called open and democratic Western societies, foreign policy is considered an elite issue and major decisions are taken after thorough discussions often behind closed doors and policies are filtered at different levels.

In Pakistan, however, foreign policy is driven by shallow emotions and illogical assumptions of few generals. The Pakistani media and politician are unscrupulous and play with the public emotions using  provocative rhetoric. Some in the military have been engaged in dangerous and deadly adventures. Generals like to take pride in their mastery in deception and ability to apply low-tech and low-cost guerrilla war tactics in Afghanistan and elsewhere to outmaneuver powerful enemies. They imply as if Pakistan can defeat any power of the world.

It is insane to believe that economically paralyzed, divided along ethnic and sectarian lines and ideologically confused Pakistan aims to conquer the world. But a few Pakistani generals and their civilian comrades in the media and politics publically claim that Pakistan, an ideological fortress of Islam, will lead the holy war and will eventually rule the world.

Before it is too late Pakistan needs to reconsider its foreign policy and should immediately undertake serious efforts to develop strategic partnerships with Russia, India and Iran. In doing so Pakistan does not have to be an enemy of the United States. Both Russia and China do not support all U.S. policies and strategic goals and often oppose American hegemonic designs but at the same time the both countries are trade partners of the United States.

People like General Hamid Gul are absolutely wrong when they oppose the idea that Pakistan provides a trade corridor to India for energy imports from Central Asia. The trade corridor between South and Central Asia will offer immense opportunities for the people of the region. It may also bring peace and stability in Pakistan and Afghanistan.

This fear is one of the factors behind the NATO’s war effort  in Afghanistan. A prolong war and instability in Afghanistan and Pakistan can block the eastward flow of Eurasian energy and for the time being  this suits some NATO member countries. Western powers will allow ‘peace’ in Afghanistan only on their conditions and which suit their interests. Will they achieve their goals is another question.

Pakistan’s President Asif Zardari seems to have offended the House of Saud and the White House both in his efforts to warm diplomatic relations with China, Russia and Central Asian states. He has taken the right path, however, his steps are not enough as more serious and concrete efforts are needed to build bridges with Eurasian countries. It will require a new vision, dedication and consistency to change the focus of Pakistan’s foreign policy.

Despite provocations Pakistan has to avoid military conflict with the U.S.or NATO because it will block or delay the opening of new trade routes and economic opportunities. Relations between India and Pakistan may also improve once trade between India and Central Asia starts via Pakistan as the both countries will benefit from the new economic opportunities. A war between Pakistan and NATO, on the other hand, is not in the interest of any country in the region because it will further diminish chances of economic integration and prosperity.