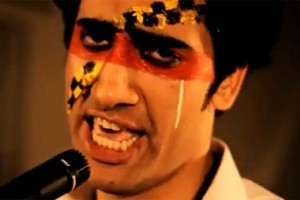 Let’s start with a simple thought, why does one write a letter to someone? Clench that answer in your mind and now ponder on why the President of Pakistan would write a letter when he has Hussain Haqqani for lobbying his message directly. I mean, that puts us to question the job of the diplomat in the first place.

This is not the first attempt to alienate the army and Zardari. This cannot just be a coincident that everytime these sort of attempts are made or controversies are created including this one, Zardari and Kiyani have a meeting, they resolve all these rumors and move ahead diplomatically. No exceptions will be made this time. Besides, Kiyani doesn’t have a lot options to play along either primarily because he is on extension not to mention the uprising popular antagonism of the army officers he has to face. Secondly, the PML-N is ruthless on army these days, that is why the Public Accounts Committee is asking for a representative from the army to give explanations for NLC scandal and justifications of how was railway owned property sold to a private country club, Royal Palm? All the land which the army had docketed as A Class commercial and sold is being asked to be retreated. This coupled with PML-N’s unwavering demand to form a Committee on the Abbottabad incident and PNS Mehran adds to Kiyani’s precarious disposition.

Obviously the name Mansoor Ijaz popping up in every talk show and newspaper these days and if that wasn’t enough the tautologies he is publishing in various newspapers, one wonders who is this Mansoor Ijaz guy? I mean who really is this person apart from being another filthy rich Pakistani residing in the US posing to play a role in the ruling government. Of course every man has a past, and my o my does this man have one burning. Let’s do some dissection if I may; on May 2, 2010 Hamid Mir wrote in his article in The News that Mansoor Ijaz came to him through Khalid Khuwaja, renowned ISI agent and introduced Mansoor Ijaz as a CIA worker. The purpose of this meeting was to convince Mir to arrange rendezvous with Syed Salahuddin, head of Hizbul Mujahideen, for Mansoor Ijaz. The deal was to negotiate with Salahuddin to change strategies to directly correspond with the US on the whole Kashmir Movement and toss Pakistan out of it. Mir states that he regretted immediately. Moreover, When Mansoor IjazI approached Salahuddin on his own, his proposition was again shunned there and then. Though Ijaz’s schemes never got manifested however Salahuddin got assassinated, Khawaja got kidnapped later murdered and Mir was sacked from Asaaf. Ijaz also went to the then Prime Minister Benazir Bhutto and demanded 15 million Dollars from her, when he was refused and abashed, her government was toppled in 1996. Mansoor Ijaz was the same man who allegedly accused Iraq of possessing WMD and no later after this US attacked on Iraq for the same purpose. Thus, why in the whole wild world would Zaradari opt for such a shady candidate to convey this so-called imperative memo to the Admiral?

Former Admiral Mike Mullen first firmly dismissed the authenticity of this letter/memo but now declared that he did receive it and conveniently forgot about it because he didn’t consider it credible. So why is it being considered imperative in Pakistani politics now, all of a sudden? Mansoor Ijaz explains that the need to write this memo rose since the US refused to listen to the proposition of the Pakistani government because they no longer trust the government in verbal promises hence a need to contrive a written verdict was required on the demand of the US. If one looks at memo, it authenticates nothing close to an authorized memo; it is devoid of a proper signature of the contriver, its source can’t be tracked down and there is no proof whatsoever since the accused contrivers of the memo; Zadari and Haqqani deny writing it. Ijaz’s last attempt or rather an imploring appeal to make everyone consider the memo authentic has plunged him into giving away his BBM messages and telephone record to the ISI who are investigating this case. What sort of a memo is this that can’t be accredited on its own and needs messages, which are easy be maneuver, to pledge its validity. Anyway, so if this letter is not Zardari’s brainchild, then who wrote it? And if it was written during the OBL debacle why has it cropped up now? Timing is always crucial for provocation! When Zardari took head office of the civilian government, his first move was to put ISI under the Defense Ministry, this created uproar in the army, all the political parties and other intuitions. All negated his motion, and Zardari smartly retreated from his own proposition. Then, he expressed his will to improve the relations with India on which again the parties especially the religious one criticized him on this at once and so did the army. Zardari again desisted but the interesting part is that right after this uproar of discontent from all the Pakistani parities and institutions on perking up with India and ideas were still floating to strengthen the two countries, Mumbai attack took place. Hint anyone? Nevertheless, Zaradi’s next move was that he took the establishment to his side, and ensured them that he is on the same page as them but propagandas crop up time to time to sabotage this as well. 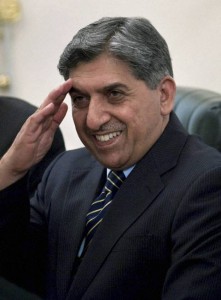 Has Zaradi predicated good leadership? The modern definition of a good leadership is when your leader sets out some goals and he/she accomplishes them regardless of the discrepancies. Look at the potential scenario, relationships with India have approved. They have voted for us in WTO and UN Security Council. And we have also declared India as “The Most Favored Nation for Trade” immediately following this our exports in cement have elevated remarkably. Relations with Karzai have morphed from worse to actually commendable and its reflection is apparent in the courtesy calls that the officials of both the countries are exchanging. As apparent, our Chief of Army Staff and Chief of ISI visited Afghanistan and on the other side of the border Karzai recently announced that if Pakistan is threatened by attacks, Afghanistan will be the first to help Pakistan. Plus, Extremist groups previously termed as strategic assets are no longer state owned. There was once a thing termed as balance of terror where the competition lied in the strength of arsenals and weapons of destruction now with the change in world order with competition lying in countries being part of organizations like Shanghai Cooperation organization, WTO and etc.

Karzai recently agreed to give air bases to the US in Afghanistan. Before probing into what evoked him to do this now, let’s evaluate why he feared to take this step before if it was bound to be taken now. It could be the fear that the Taliban will create havoc if he does agree but then where is that fear now? Possibly wiped away now when the Taliban would have agreed to this? Whatever gains or pressures made Afghanistan comply but why is there no retaliation or objections from Pakistan or the army more precisely. They can certainly wrangle by instigating one way or the other. They haven’t. Pakistan is mum reason being that there are presently negotiations going on to permit China to establish bases in FATA. That means with US in Afghanistan, Pakistan allowing China to build an air base in FATA (a naval base in Gwader already been taken as an option), has more to do than just protection from extremist in the troubled Xingzang province. Even discussing this alliance is sufficed in making the alarms ring in Washington.

Due to Zardari’s constant purging into making Regional Alliances, Russia has finally agreed to give vote of full confidence to Pakistan in our bid in SCO. Pak-China deep strategic penetration and mutual plans substantiating with China, Afghanistan, India and Russia is paving grounds for successful Regional Alliances with the US completely divorced from it. Of course they will not take this lightly. If this new regional alliance works out contrary to the first then the US share of the cake will be minimized. Everybody’s has eyes on the to-be US free Afghanistan. The solo birthday boy (US) who was taking Afghanistan as an unattended birthday cake just found out there are more birthday boys claiming their name on the same cake. The US will need to share this cake. US might not like this. They need to act fast to hinder this. Just for your information, Bhutto, Shah Faisal and Jamal Abdul Nasir all three of them saw an ugly demise one way or the other back when they were working towards establishing a Regional Alliance so that they could determine the oil prices themselves. Things do get hindered. So you see, the letter/memo may have not been written by anyone from Pakistan in the first place.

History might have many, but this case is one which will not end up as a political enigma. Eventhough effective commissions on PNS Mehran, Kargil, and Abbottabad were never made, but an effective commission on this memo-gate will certainly be convened. Opposition is rejoicing right now that if nothing happens they’ll still get to celebrate US ambassador’s termination anyway. In all probabilities this won’t happen since Zardari is aware that if Haqqani gets the axe, he is next in line. Zardari is a man who knows where to place his pawns and the latest example of this is Rehman Malik and Zulifikar Mirza. Those who are under the allusion that Zardari might be a player in domestic politics but has no exposure of international politics; this case will prove that they could not have been more mistaken. Nonetheless, whoever’s figment of imagination this memo was, the draft itself isn’t that bad =p