Once a director of popular films was asked in a casual meeting- why his last three films seemed similar to another. His candid reply: if public is willing to pay money to watch same film over and over, who am I to stop milking it?

The current “political turmoil” involving a memo is headlines news. The issue is being treated as cause of imminent fall of the government. Memogate is term being used because like watergate, it emanates from Washington and any scandal from there should have suffix gate, secondly and this is for the wishful thinkers, didn’t Nixon resign after watergate? If wishes were horses… 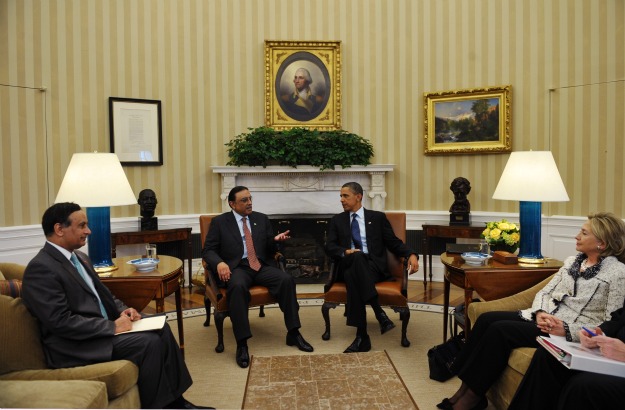 That is perhaps the similarities end. In case of watergate, Nixon had been found to have authorised illegal wire tapping and even crime of breaking and entering into democratic party offices. Then lied about doing it and the. Was found on tape to have done it. Ironically it was his own tape that got him.

In case of Hussain Haqqani’s memo, so far we have a man Mansur Ijaz who previously failed to get his name in papers because American media largely believe their own country’s government, when they rubbished his claim that he had provided access to Sudan government. Clinton administration said they had much better channels thank you very much!

Mansur tried again, claiming now that his brilliant contacts were used by Pakistan government to get access to Mike Mullen. Yes Mike Mullen who claimed he always remained available and approachable to whole of Pakistan government establishment. Evidently, that was only through Mansoor Ijaz. I have yet to figure out how Mansoor was able to be the communication link being in US, while Mullen was in AfPak region. Perhaps Ijaz also had, was the person who sold Captain Kirk the transporter device.

But Mullen who had nothing but spiteful words for Pakistan, evidently said he did get a memo. But did he? Was it through Ijaz? Was it from Hussain Haqqani? Or was it fabricated? For one thing memo has no signature of the ambassador.
Then there are the contents. Memo seems to want American help in ouster of General Kiyani, and this help is sought by President Zardari.

Yes this another repeat, from President Zardari who only October last year was in the rumour land seeking removal of Chief Justice of Pakistan. Only that he hadn’t and court fearing the worse did make a notification over non-action. Few blushes and matter was forgotten.

But no, removal part deux and this time it’s the Faujis in chief.

Finally, how much of this film is borrowed from Leghari episode, where Farooq Leghari was repeatedly convinced to remove the elected Prime Minister while she mourned her dead brother. Hey it looks like she sanctioned it, can’t prove it? That’s not your concern, just go with your guts in this one.

The story as as much traction as a boulder running down a steep hill. But that shouldn’t ever be a reason for killing of a good story.  There is good reason to doubt Mansoor Ijaz’s story and intentions. It is also not clear what Mullen did get and what his intentions really are It is rumoured that Haqqani never had any contact with Ijaz and he offers forensic search of his electronic devices as to prove the same.

Even otherwise, there is still no link as to whether President sanctioned such a move.

Is it constitutionally actually wrong for President to seek support to remove his subordinates? (he being commander in chief)

Don’t rain in the parade, this is so much fun. And if we get rid of the President Zardari, even better. If not least he had some sleepless nights, media had excellent ratings, Faujis showed us who is the real boss and Ijaz finally got his 5 minutes in fame.

Who is the victim here? The constitutional republic? Who cares for that? The democratic sovereign? Don’t talk Greek to me, it’s a bankrupt language these days