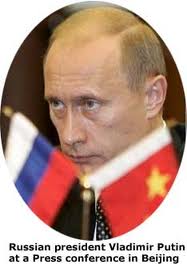 China and Russia are flexing their muscles in the wake of Western actions and policies in the Middle East, Europe and Asia. Days after China issued a warning against the establishment of U.S. military bases in Australia; Russia has threatened to pullout from arms reduction treaties saying it can deploy “advanced offensive weapon systems” on its borders with Europe.

In a dramatic televised announcement on 23 November 2011, the Russian President Dmitry Medvedev warned that if the United States moved ahead with its plans to deploy the so-called missile shield in East Europe, Russia will take counter measures by placing new missiles on the EU borders.

The U.S. claims that its proposed missile shield is amid at Iran but Russia doesn’t buy that argument and says the target of the U.S. missile shield in Europe, especially in Poland is Russia, not Iran.

The U.S. has already encircled China and Russia by having military bases and missile systems in Japan, South Korea, the Philippines, Taiwan, Afghanistan, Kyrgyzstan, the Baltic States, Germany and other locations. The establishment of the missile shield in three East European countries as well as in Turkey will further besiege Russia.

At the same time, the U.S. is increasing the number of its troops, warships and war planes in north Australia. The move is clearly aimed at containing China. Beijing is seriously concerned at the U.S. aggressive strategy in the South East Asia region. The U.S. has been using smaller countries in the region to challenge Chinese claims on the Yellow Sea. Also the U.S. and Britain have been pressuring Burma, an ally of China.

In the Middle East and Africa region the West is trying to take back ground that China has captured. After Libya, Syria is the next target of the West to gain further control in the Middle East. Amid reports that some Western countries are openly supporting terrorists groups in Syria, Russia and China have accused the West for fanning a civil war in Syria. Both the countries are also staunchly opposed to unilateral sanctions against Iran.

Russia’s strong man, Prime Minister Vladimir Putin has warned the West against any military intervention in Syria. He said that any such action against Damascus would be unacceptable.  He accuses certain Western powers of hypocrisy in their stances on the recent developments in North African countries. He criticized Western powers for backing the ‘revolutions’ that led to the toppling of North African regimes they had previously supported.

The United States, Britain and Canada have announced new unilateral sanctions against Iran, while France, Germany, Britain and the United States are encouraging and supporting Al-Qaeda affiliated groups in Syria. Saudi Arabia and Qatar have been providing arms and ammunitions to militants who are attacking government properties and killing security officials in Syria. Jordan and Turkey are also part of the game that aims to bring down President Bashar al-Assad’s government in Syria and decapitate Iran.

Saudi Arabia, Qatar and Jordan are afraid of Iran’s growing influence in the region while Turkey is opposed to Bashar al-Assad’s support for the Kurdish people. Some Western powers, however, want to maintain the Israeli hegemony in the Middle East region.

In another development, Iran and Hezbollah have broken a vast and active CIA spy ring in Lebanon by arresting several CIA operatives. It is a big setback for the CIA and Israel. The CIA is forced to curtail its anti-Iran and Syria operations in Lebanon.

By each passing day Western countries are getting desperate to revive their stagnant economies and resolve an economic crisis that is deepening. Launching new wars is a way to revive sick economies. It is similar to the 18th and 19th centuries’ colonial period when Western powers had invaded and colonized large parts of Africa, Asia, the Middle East and Latin America. Raw materials from colonies had helped Western economies to grow dramatically.

But wars do not always pay off. Britain and France are the biggest beneficiaries of the recent aggression against Libya but in case of Iraq despite huge investments and 10 years of the invasion the United States and its allies have not achieved the desired results.

Throughout the 20th century the West was showcasing its humanitarian face by marketing Western democracy, freedoms and human rights around the world, particularly during the Cold War against the Soviet Union. 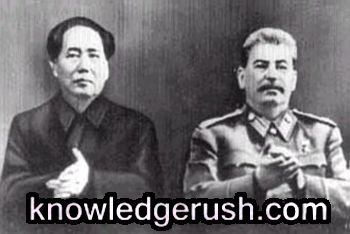 However, the first decade of the 21st century has brought new challenges for the Western Capitalist system. Cracks have already started appearing in the Capitalist system from within and secondly new economic power centres have emerged. China has survived the Western onslaught due to better economic and political management. And Russia has found a team that has led the country out of the political and economic crisis of the 1990s.

Russia is not ready to give Western powers a freehand to explore vast natural resources in the former Soviet space. Russia has created an environment in which Western energy corporations cannot dictate terms to extract natural resources in Central Asia and elsewhere in the former Soviet States. Similarly, China has made huge investments in Africa and now it is a major player in Africa.

The West controls the Middle East and its natural resources but Iran and its allies pose a challenge to Western interests. Oil-rich Iran is strong and independent and enjoys good relations with Russia. Iran is also aspiring to become a member of the powerful Shanghai Cooperation Organization (SCO).

Iran’s ties with Russia, China and Central Asia on the one hand and its influence in Iraq, Syria and Lebanon on the other, can torpedo Western hegemony over Middle Eastern politics and energy. Therefore the West’s first priority appears to be isolating and weakening of Iran. Western efforts to destabilize Syria could be part of that strategy. The International Atomic Energy Agency (IAEA) is used against Iran and the Arab League is a tool to force a pro-Western change in Syria.

In the long run, the United States and its Western allies would like to see rifts in Sino-Russian relations because some in the West perceive a Russian-Chinese alliance as threat. Economically strong Moscow and Beijing, however, have been strengthening bilateral cooperation and have ignored Western pressure and warnings.

Let us briefly analyze the political and economic path that China and Russia have taken.
In March 2005, I had met Russian Foreign Minister Sergey Lavrov at the London School of Economics (LSE). I had asked him if his country would finally embrace Western democracy and copy western political and economic system. His answer to my question was surprising.

Mr. Lavrov had said that Western political model was not the only system for Russia to adopt. “We can even learn from India”, the senior Russian diplomat had said.

Today, Russian political system is unique in the world. The new political experiment was launched with the election of Vladimir Putin as the new President of Russia in 2000. President Putin led Russia out of the turmoil that was created by his predecessor Boris Yeltsin.

After completing two terms in office, in 2008, Putin nominated Dmitry Medvedev as his successor and Putin was elected country’s Prime Minister.

Now, President Medvedev has nominated Vladimir Putin as the ruling United Russia Party’s candidate for the 2012 Presidential Election. Putin is likely to be elected as the President of Russia again in 2012, this time for a period of six years as the presidential term has been increased from four to six years. It is quite possible that in the 2018 Presidential Election Putin will get another term and remains the President of the Russian Federation until 2024 with Medvedev serving as his Prime Minister.

Western powers are very critical of the Russian leadership for swapping positions. The West was never at ease with Putin. In him they see a clever, strong and somewhat stubborn nationalist leader who puts Russian interests first. Western politicians and the media have accused Putin of different ‘crimes’, including human rights violations and imposing restrictions on the media.

Putin is depicted as a dictator and autocrat but the Russian public seems to think differently. They like Putin’s strong personality, his patriotic stance and his steely looks. In 2004, more than 70 percent of the Russian public approved Putin’s policies. And despite being in power for 12 years, Putin, stills enjoys popular support and his approval ratings are much higher than the U.S. President Barack Obama, who is the President for less than four years.

The real reasons of Putin’s success are his economic policies and the security and stability he has offered to his people. The West fears another economic recession and the current decade could be turbulent for Western economies but Russia is likely to grow due to its consistent policies and continuity of leadership.

China, too, has changed but without adopting or copying the Western model. The experiment of State Capitalism has been a huge success in China and now the EU is seeking financial assistance from China. Today, China is in a position to advise the world’s sole superpower, the United States, on financial management.

Russia and China are also partners in several regional alliances the most important one is the Shanghai Cooperation Organization (SCO). However, a very significant new regional grouping has just come into being.

Last week, the creation of Eurasian Economic Union (EEU) was formally announced in Moscow with Russia, Kazakhstan and Belarus as its founder members and Tajikistan and Kyrgyzstan members in waiting.

The three founding member countries of the EEU have created a customs union and will soon have a single currency. The EEU is a huge economic space in a region that is full of natural resources and shares common history and culture due to the Soviet experience. The EEU could be a rival to the European Union and member countries of the new EEU say that they will not repeat mistakes of the EU. Countries such as Venezuela and New Zeal are also interested to work with the newly formed EEU.

The strategic Russian-Chinese alliance is still in forming but both countries have already started opposing Western aggressive policies that benefit Israel, the Military Industrial Complex and big Western corporations. Due to Chinese and Russian opposition, it will be very difficult for the West to use the UN Security Council therefore the Western powers are desperately searching for other means and tools to pursue their agendas.
Nevertheless one must not forget that both China and Russia are major trade partners of many Western countries. The United States is the largest importer of Chinese products and the volume of trade between China and the EU is also very large. Similarly, Russia sells its energy, particularly gas to the EU countries. Until now Russia is dependent on the EU for energy exports but in future it can also look for markets like India in the East.

Trade and economic relations between China-Russia alliance and the West will remain a fundamental factor in determining bilateral relations; however, weakened Western Europe and declining United States will no longer be able to dictate Russia and China. Perhaps we are witnessing the dawn of a new world order, which may feature several new “Cold Wars’.